The most famous casino cheaters 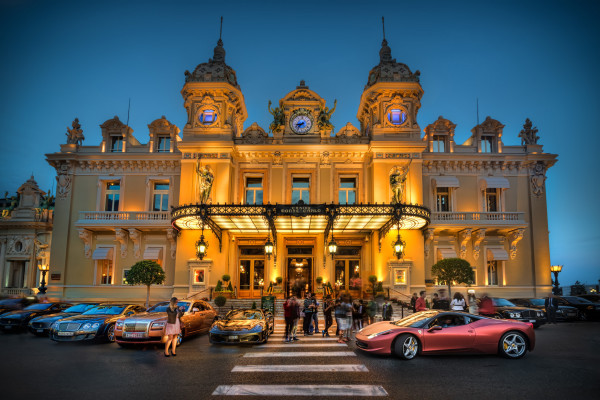 Now of course, casino cheating is something that is done under a clandestine pretence for most of those who decide to engage in this activity. However, in a sudden plot twist, there is a few casino cheaters who have managed to become celebrities as a result of their risky actions.

But what exactly is the reason, or reasons, that drive a player to want to cheat at a casino? For one thing, many players get a buzz from being published and having their name posted at Slotzo casino games. Another reason that someone would cheat is down to the rewards.

Cheating can contribute to big gains, especially in the gambling industry. This is one of the main reasons why casinos, including an online casino, continue to have such big problems with some players who cheat. When there’s so much money at stake, people will do almost anything to get it.

For the majority of people who cheat however, usually these cheaters will quickly fall back into obscurity more or less as soon as they’ve gotten away with their loot. Of course, a cheater won’t let anyone in on the secret they now have, as they wouldn’t want to get caught.

Nevertheless, there are some figures that have cheated in a casino and over the years for whatever reason they have become famous for it. Society sometimes loves a scandal, and it’s exactly these scandals that can make some people rise to fame. Let’s find out who the front runners are.

Previously a TV set repairer, this man found a novel way of utilising his skill in repairing to gain the advantage and upper hand at a casino. Tommy Glenn Carmichael found that he could easily use his skills as a TV repairer to fix the Slot machine, and rig them.

After Carmichael found a way of rigging the Slot machine in his favour, he then managed to walk away with vast sums of cash. In the process of ‘repairing’ a casino’s Fruit slot machines, Tommy Glenn Carmichael walked away with impressive amounts in excess of more than a million dollars.

Tommy Carmichael wasn’t a one hit wonder either. Instead, Carmichael had been rigging a variety of Fruit slot machines for over four decades. It is this detail that has played a big part in his propel to fame, because as much as anyone would hate admitting it, that’s pretty impressive.

Of course by the 1990s, Tommy Glenn Carmichael had done what most other criminals make the mistake of doing and was operating at a high level of notoriety. This is a very common error that not only gets cheaters noticed by the general public, but also noticed by the police.

This notoriety that Tommy Glenn Carmichael garnered finally ended when he was imprisoned in 1996. However, the story doesn’t stop there – he had been caught, arrested and released several times before that, but it would seem that in 1996 he pulled his final straw. Unfortunately for him, it was short.

This is another remarkable story of a prison escapee of several times. It really is a wonder how some of these people are never imprisoned – and this guy was one of them. Although Marcus cheated several Las Vegas casinos multiple times, he only ever got a slap on the wrist.

In fact, Richard Marcus conned Las Vegas casinos out of millions of dollars. In contrast to the case of Tommy Glenn Carmichael and his love for the Slot machine, Richard Marcus was never a specialist in any one of the Casino Games. Marcus invented various cheating techniques at various games.

Take Roulette games for instance. It was the Roulette options that Richard Marcus was most famed for, after garnering popularity for his special talent of winning $500,000 from a single spin. Richard Marcus became notorious in the casino for other ‘special talents’, and this is what caught him out eventually.

Other skills Richard Marcus used to cheat at the casino include losing $5 by replacing all his chips very quickly as the ball spun around the wheel in Roulette games. Like Carmichael, Marcus was arrested on several occasions but there was never enough evidence. However, his actions did cost him.

Eventually, after several arrests due to his notorious status, Richard Marcus was caught and has been blacklisted from every casino in Nevada. While nobody can know if he is still out there cheating, as a famous casino cheater, he’s probably not allowed in any casinos that now know his face.

This is up there in the most interesting casino cheater stories we’ve ever came across. Technically speaking – Dominic LoRiggio never actually cheated in a casino. However, no casino really wants to see him walk through their doors. This is because LoRiggio has mastered throwing dice during a game of craps.

While it sounds impossible, and something that the average player can only dream of achieving, Dominic LoRiggio actually spent several years practising and perfecting his dice-throwing capabilities. Proving that nothing is impossible, LoRiggio has gone on to consistently win a lot of money on craps all over Nevada casinos.

If you’ve ever played the board game Risk, or play craps in an Online casino or a land-based casino, you’ll know you can’t predict what you’ll get from dice. Rolling a pair of dice and knowing precisely what they’ll throw up is certainly a skill that is worth learning.

Not only would you need to be able to predict exactly what the dice throws up, but you’ll also need to throw it with the exact right amount of force. Not to mention the fact that the dice will have to be held in your hand exactly the right way as well. Casino cheaters come in all shapes and sizes, but the most famous cheaters certainly have some interesting stories to tell if nothing else.