The Little Mermaid Live! Is A Can’t-Miss 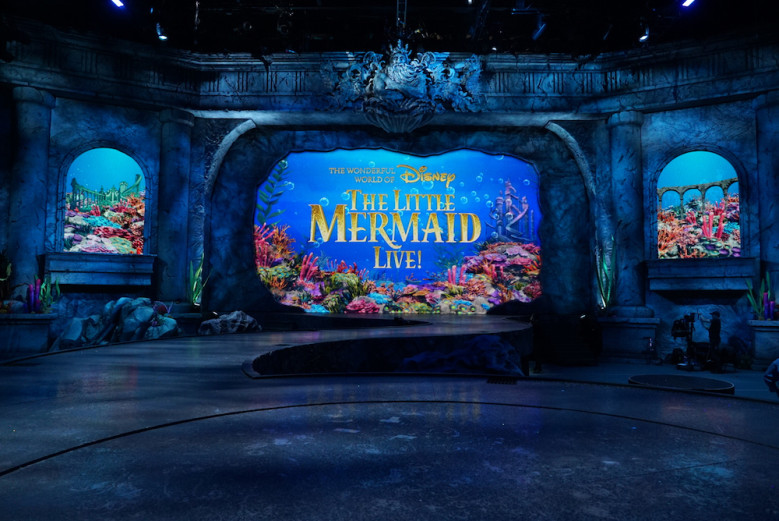 It’s almost time to go under the sea once again to celebrate The Little Mermaid’s 30th anniversary. The latest in live TV musical events aired Tuesday on ABC, the network’s first try at a performance of this kind. The beloved Disney tale is coming to life with the talents of Auli’i Cravalho (Moana) as Ariel, Graham Phillips (The Good Wife) as Prince Eric, Queen Latifah as Ursula, John Stamos as Chef Louis, and Shaggy as Sebastian. The all star cast is being led by an equally talented director, Hamish Hamilton, who is known for directing the Super Bowl halftime show and the Olympics opening and closing ceremonies.

To set this performance apart from Fox and NBC, Hamilton has prepared a unique hybrid musical which combines live performance with the animated feature. Obviously, it would be hard to do this musical underwater, so they’re leaving most of the underwater scenes to the animated film. The original film will play on a big screen for the live audience until a song comes on. Then, the actors will come out and perform it on stage before transitioning back to the original. The cast and crew has a lot of weight on their shoulders in carrying out a Disney classic, but Hamilton believes that his rendition will be a wonderful celebration of magic and joy. The blend of live performance and energy with a nostalgic animated feature is sure to warm peoples’ hearts and have them singing along with their TV’s. If you haven’t tuned in already, don’t miss out on this celebration of Disney’s “The Little Mermaid” on ABC.