Getting chummy with Chum Ehelepola 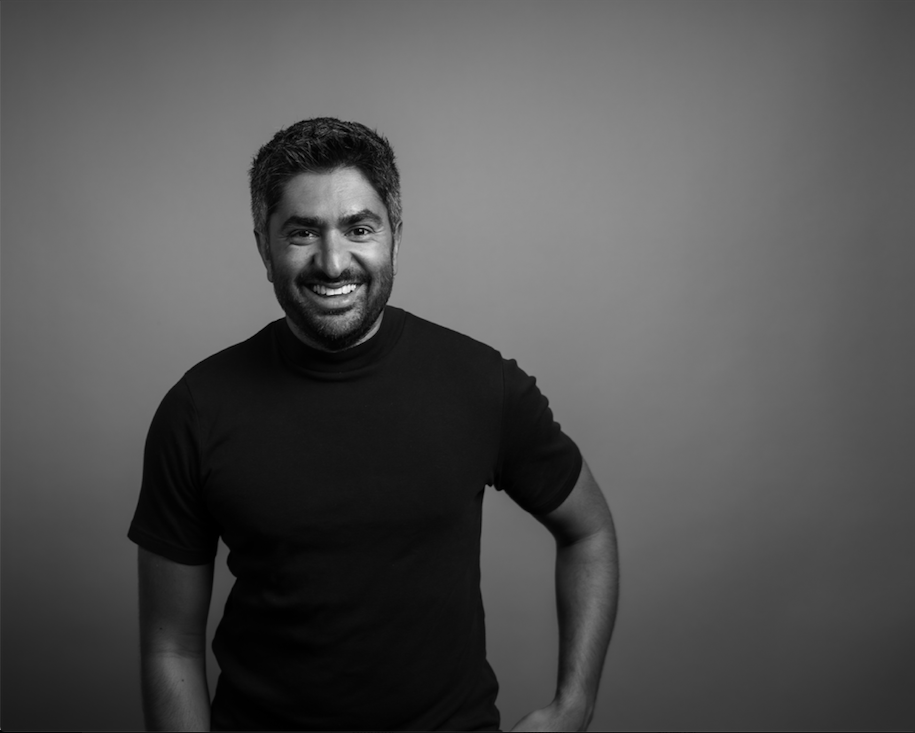 The worldly Chum Ehelepola has made a career for himself in acting, with a portfolio that includes roles in No Activity, Lodge 49, Stateless, and the upcoming live-action Mulan. Chum shares with us what it was like growing up in several countries outside of the US, beginning his acting career in Australia, and how these things have shaped him as an actor. We go into his family life, his concerns about the future of entertainment, and his aspirations. Meet the funny and delightful Chum Ehelepola!

Tell us more about growing up in New Zealand, Sri Lanka, and Australia. What are some cultural differences that you wished we incorporated here in the US?

I can’t remember growing up in NZ as I was very small. SL was interesting as it was during the war and my parents were working on getting us out of there, so my family split and I remember being in a boarding house when I was around 6 with my younger brother around 4, with no parents. I wouldn’t say it was a joyous memory. Australia is much different as we were all together and no war. No war is good!!

Before moving to the US, you built a successful career in Australia. Is there a difference in acting in Australia versus the US?

I think the major difference is in Australia you have to do EVERYTHING. Theatre, comedy, drama, TV, film., Commercials, Industrials, Presenting…you take the work. And I’ve done all of it! In the US there is so much work that actors can focus on a niche. Also in Australia being an actor isn’t revered as in the US. In the US a successful actor or even a working actor can live a very successful comfortable life where as in Australia that just isn’t the case. Probably why so many Aussies land in the US. I’m a qualified Civil Engineer because the idea of doing acting in Australia is kind of a hobby, especially when you’re an ethnic minority like me. But after I graduated I worked for a day and quit. It wasn’t for me and so I began the journey of being an actor.

What has been your favorite role to date?

That is a hard question. I love all my roles as I try and find something unique in all of them. I really enjoyed the character I played in the Australian NO ACTIVITY (which CBS all access is doing in the US and Will Ferrel played my role). It was all improv and it was fun playing a bumbling kidnapper. I’m really lucky in that I get to play a huge variety of characters and don’t get pigeon holed. I get a chance to cross between comedy and drama. I played a rough Con artist in Mulan, I currently play a slick english businessman in Lodge 49 for AMC, and played an Indian Dr who thinks he’s native Indian for the eccentric Netflix comedy Lady Dynamite. That is what I love about my job.

You’re starring as Ramtish in the upcoming live-action film Mulan. What do you think audiences will be most surprised by the live-action adaptation?

I can’t give much away as I am sure you know, but what I can say is that this is going to be a VERY special film. Just the fact that it is an all diverse cast, helmed by majority women following an ethnic woman superhero…is so unique. Nicki Caro is a genius and she brings such a unique, grounded yet grand and cinematic feel to the film. She really honors characters and this film has some wonderful characters and stories. It will be a film for everyone, not just fans of the animation.

The film focuses on the original story of Mulan’s bravery and will not have any singing. Why do you think this change was made and what can you say about any other changes from the animated film?

Again, I can’t divulge too much but I like the choice to lose the songs. The songs were great but this is a more real story. Yifei who plays Mulan is such a fantastic actress who brings so much dimension to Mulan that it will be a real deep poignant film. I loved the original animation but the tangent of this live action film is very interesting and will please a lot of viewers around the world.

What is Ramtish’s role in the story of Mulan?

Ramtish is a con artist who works the silk road. He comes into contact with Mulan and let’s say that chaos ensues…haha.

Do you have any hobbies you like to do outside of acting?

I’m a dad of two so all hobbies died 5 years ago! ha. I LOVE playing with my kids and actually spending time with my gorgeous wife and kids. It’s special and my family mean the world to me. After we wrapped on Mulan, I rented an RV and trekked the South Island of NZ, which is regarded as Dinosaur country with my family. Our RV had a shower in it but we didn’t use it, we’d just jump in streams and rivers and bathed. Naked. Can I say that? I love travelling and seeing the world, so when ever we get a chance we’ll shove the kids in the SUV or a plane and head off somewhere.

Can you tell us about some upcoming projects, including “Stateless”?

I am currently on a cool show for AMC called Lodge 49 which stars and is EP’d by the amazing Paul Giamatti. I love this show and the people behind it. I just shot Stateless in East Timor, which stars and Ep’d by Cate Blanchett. This is a super gritty bold show about the plight of refugees and the world of a detention centre. This show really meant something to me because I grew up in war and experienced how hard life is for the citizens of these countries and what families will do to save their lives and the lives of their children.

What do you think is the most important issue facing the entertainment industry today?

I think the idea of inclusion is an important issue. Our world is so diverse but I don’t think most of the shows really represent that. I love shows that show a cast that resembles real life. When I grew up in Australia my friends were like the United Colors of Bennaton, and it made my youth so rich.  I think how women are depicted and also the pay inequality is important. I think it all boils down to respect. I think if decision makers and the whole industry can respect the rich multitude of life, ethnicity, gender biases, LGTBQ issues and more, and make decisions based in respecting these sub cultures and not just treating them like tokens or even burdens then I think we will have a richer story telling world. My wife is Australian/Chinese, I’m Sri Lankan and so my kids are ethnic fruit salads! ha. Which is great so I am sure they are going to want to see shows that depict ethnicity in a modern real way.

Is there something you are still hoping to achieve, or have you already achieved it?

I love creating stories. My wife and I have a production company and we are developing stories. I also write and have a few projects out in the market. I think to not only be an actor, but to also be a story creator is such an exciting idea for me. when i am on a set I am usually sitting behind the director watching the monitor and seeing how the director views the story. Writing is so powerful and when I have seen my writing performed by talented actors, it is so rewarding.  I am also hoping to achieve a six pack. I had one a while ago but it seems to have gone somewhere. I think the kids took it and hid it. Probably with the remote.