TENILLE TOWNES HANGS ONTO HOPE IN “WHEN’S IT GONNA HAPPEN” 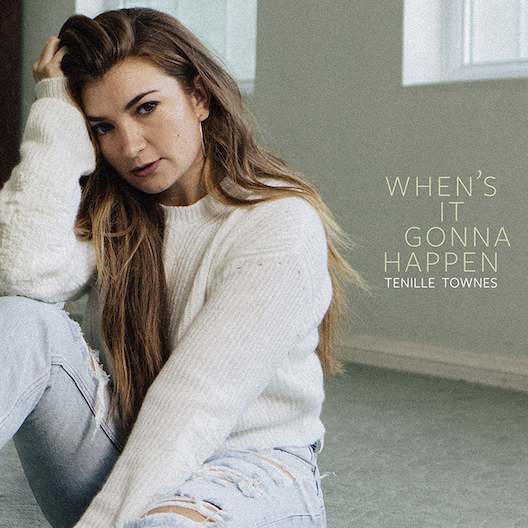 OPENING FOR GEORGE STRAIT AND REBA; CONFIRMED FOR C2C

“I wrote this song because it’s a real and true window into my life right now and how I feel sometimes about being single. I know that if it’s something I’m feeling, then there must be others who feel the same way I do. I wanted to create something that would speak to them too!” said Townes. “I’ve shared a few pieces of the song on socials, and it has been the most encouraging and exciting thing seeing people comment and say that they feel the same way. I’m really so excited to share the rest of this song with everybody and can’t wait to sing it at the top of our lungs together on the road!”

With lyrics like “Sometimes I feel like I’m the last one standing / I look around and all my friends are falling in love,” it’s little wonder fans connected with the hope, insecurity, fear, and anticipation Townes brings to life through the driving track. “When’s It Gonna Happen” follows her vulnerable “Villain In Me,” which was called “her most authentic and raw (song) yet” (Sweety High). An otherworldly songwriter and storyteller, Townes recently took home the Canadian CMA Album of the Year Award for her debut The Lemonade Stand, as well as her third consecutive Female Vocalist of the Year trophy.

Following a headline tour of her native Canada, Townes is set for her first ever headlining trek in the U.S. as the VILLAIN IN ME TOUR gets underway later this month. The ACM Award winner will also open for Hall of Famers George Strait and Reba in February before heading to the United Kingdom for C2C in March.

About Tenille Townes: Canadian-born and Nashville-based, Tenille Townes is a two-time ACM Award-winning singer, songwriter and musician in the midst of a breakthrough following the release of her acclaimed debut album, The Lemonade Stand . Available now via Columbia Nashville in partnership with RCA Records, the album was produced by Jay Joyce (Eric Church, Miranda Lambert, Little Big Town) and consists of twelve songs all written by Townes. Since its release, Townes has been named New Female Artist of the Year at the 55th ACM Awards, won two awards at the 2021 Canadian Country Music Association Awards, making her a 10-time CCMA winner, and received her first JUNO Award for COUNTRY ALBUM OF THE YEAR at the 50th Annual JUNO Awards. She is also the first female in Mediabase Canada history to achieve two No. 1 singles with album tracks “Jersey On The Wall (I’m Just Asking)” and “Somebody’s Daughter.” Following standout support runs with Dierks Bentley, Miranda Lambert, and Brothers Osborne, Townes will embark on her first headlining U.S. Tour, the VILLAIN IN ME TOUR, in January 2022. Adding to an already notable career, Townes is a MusicRow 2020 Next Big Thing Artist, an iHeartCountry’s “On The Verge” artist and has raised over $2 million for charity through her annual Big Hearts For Big Kids fundraiser.