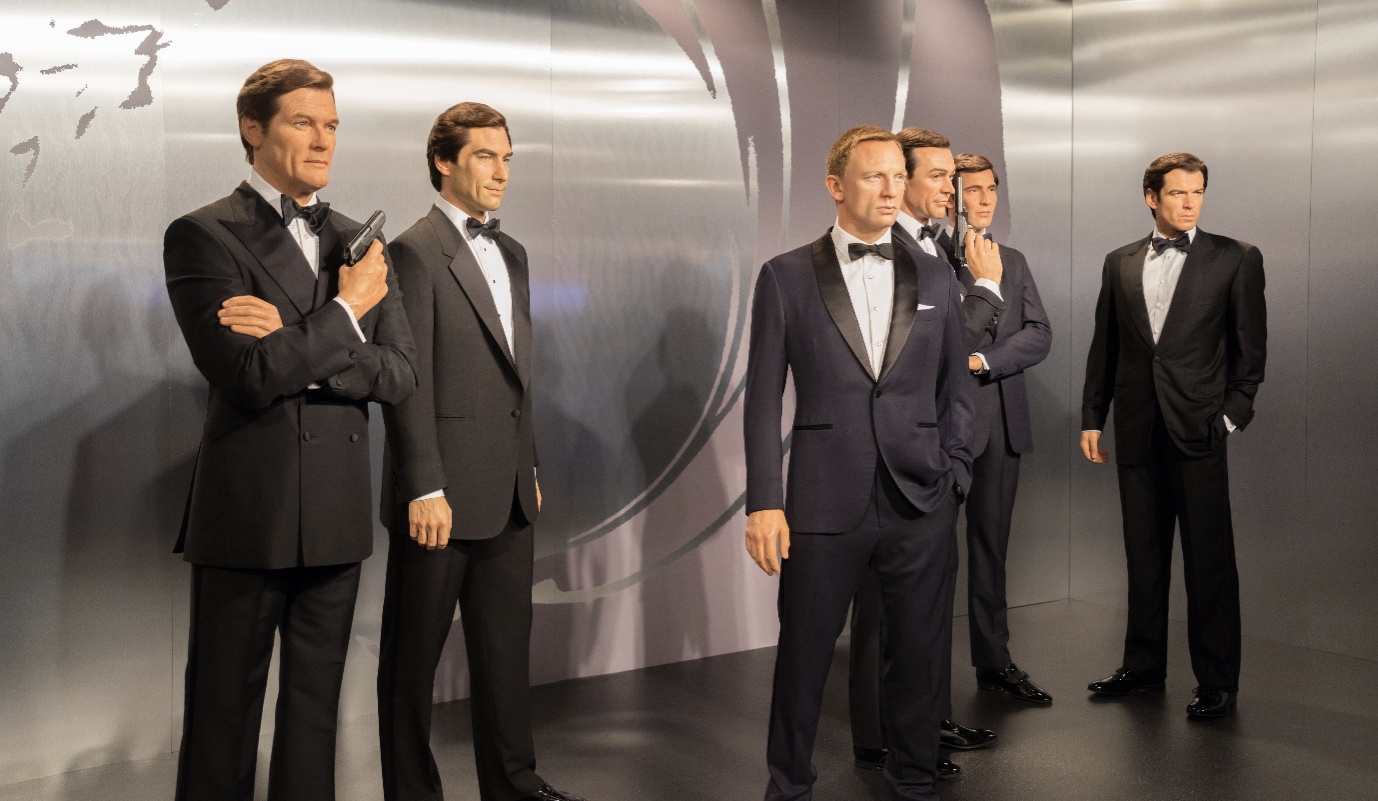 Secret agent James Bond a.k.a 007 has come to life again in the latest movie release ‘No Time To Die’ starring Daniel Craig. This was the fifth James Bond movie for British star Daniel Craig and also his last one playing Bond, James Bond!
We go back in time and look at some of the memorable actors that have taken up the James Bond identity. We look at some of their hit 007 movies and focus specifically on their sense of style, tuxedos and give you our opinion as to which James Bond wore their tux the best!

The very ever James Bond in the movies was played by Sean Connery from 1962 to 1971. Some of the movies that Connery played 007 in included From Russia With Love, You Only Live Twice, Goldfinger and Diamonds Are Forever. Those movies turned out to be iconic movies that made James Bond who he is today.
Connery brought the character to life with his style, charisma and fantastic tuxedos. It is pretty hard to deny that Connery is arguably the best to every play James Bond. We particularly like Connery’s tuxedos in Diamonds Are Forever as he oozes class, elegance and panache. Connery acted in a total of 6 James Bond movies.

George Lazenby tried the James Bond role for just one movie but moved on quickly. The next to don the James Bond title was another British actor called Roger Moore. He occupied the role for over a decade, taking it up in 1973 and finishing his last 007 movie in 1985.

Some of the movies that Moore starred in included Live and Let Die, The Man with the Golden Gun, The Spy who Loved Me, Octopussy and his last Bond movie, A View to Kill. Moore acted in a total of 7 Bond movies and till date no other actor has starred in more James Bond movies.

Connery portrayed James Bond with a bit of brashness and arrogance while Roger Moore was more the suave, confident and charming James Bond. It showed in the way he wore his tuxedos, romanced the ladies and sat at the casino tables, always knowing he had the winning hand.

A lot of people go to the casinos today, dressed pretty casual. There was a time not long ago, when men wore tuxedos and women put on their best dresses for a night out at the casino. This is because some casinos have a strict dress code and will not let you enter if you don’t meet the dress code.

Sometimes if you’re playing live, online casinos expect you to dress as if you were out on the town. However, today a lot of men and women don’t want to go to the trouble of dressing up and having a night out at the casino. This is why they prefer playing at an online casino from the comfort of their own homes.

We are not going to mention Timothy Dalton who starred in two Bond movies as he was rather forgettable. Pierce Brosnan took up the role of Bond in 1995 and starred in his last Bond movie in 2005. Brosnan starred in Tomorrow Never Dies, The World is Not Enough, GoldenEye, and Die Another Day.

Daniel Craig took on the James Bond role in 2006 and starred in his final Bond movie in 2021. Some of his movies include Casino Royale, Quantum of Solace, Spectre, Skyfall and No Time To Die.
For us, Craig was the least likeable of all the Bonds that starred in more than 3 movies. He came across as rough and tough, not the usual Bond that displayed finesse and charm.

In our opinion, it is a toss-up between Roger Moore and Pierce Brosnan when it comes to the Bond with the best tuxedo!