Tana Mongeau opens up about her mental health 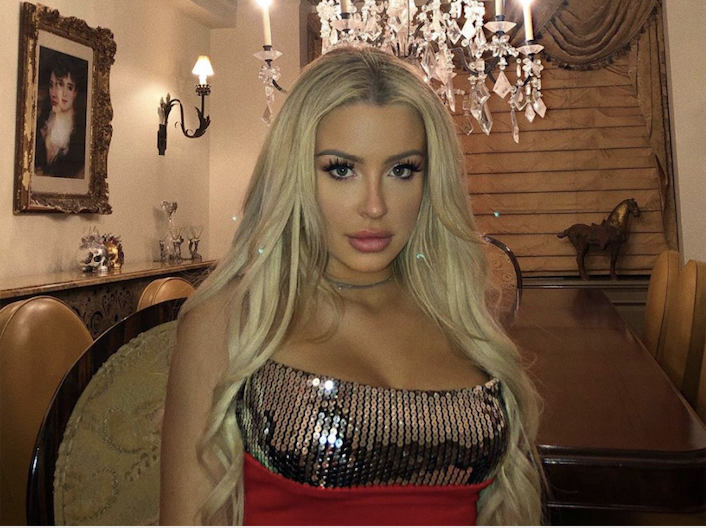 On Monday popular social media influencer Tana Mongeau took to her YouTube page to address recent backlash. She’d been receiving hate due to the editing of her MTV Reality Show, which is currently in its second season.

Some complaints people had about the shows second season were that Mongeau looked like a brat and that it seemed like she didn’t care about the health of herself and others. This was mainly because a large focus of the show was lung problems Mongeau was facing. In one episode she goes to a doctor about her lungs. In the episode, she expresses how little she cares about whatever is happening to her health and seems annoyed she even has to go to a doctor. At the doctor’s office, she seemed very disinterested and cold towards the workers. Once she was given an asthma diagnosis she went home and laughed about it and said she didn’t care. With everything going on in the world, fans were very disappointed that Mongeau didn’t care more about her health.

Now, Mongeau has never been the one to shy away from a scandal as she’s addressed other ones like the “Tanacon” fiasco head-on. So, it was no surprise when she made an hour-long video clearing up all her fans’ concerns. She recognized that this wasn’t like the normal “hate” she’d gotten as it was coming from people that support her who were genuinely worried about how MTV was portraying her.

First Mongeau expressed how often MTV was filming her and how little they actually show. “I was seeing how MTV was editing me in kind of in a way that isn’t exactly how I act on a day to day basis,” expressed Mongeau. “But I understand that that’s what a reality show is. It’s filming people for 80 hours and then turning that 80 hours of footage into a 30-minute episode. MTV… wants to make it the most dramatic 30 minutes they possibly can so what are they going to take from that footage? The craziest parts.” MTV was capturing every moment of Mongeau’s life while they were filming, as they were with her almost every day of the week. Obviously the crew is going to catch her in some bad times. Mongeau also mentioned that some conversations they’d have in the show were dramatized for cameras. Which… duh? It’s a reality show! By 2020 we should all know that while these shows involve real people they have to play things up for the camera. It’s what makes them so addicting and entertaining.

Most importantly in the video, Mongeau uploaded she discussed her health, mainly her mental health. She mentioned the rough upbringing she had with her parents and how those family problems have trickled into today. She’d also been dealing with the break up from her ex Jake Paul. Dealing with all of this while being in the public eye and having to get ready to film even more for MTV, Mongeau became very depressed and started to use substances. Her depression made her care a lot less about the lung problems she was having. “It wasn’t that I didn’t care about a health issue this serious,” said Mongeau “It’s simply that I am so depressed… I have no desire to live. I have no desire to take care of myself. I am so depressed I have no desire to take care about myself.” The YouTuber also wanted to make it clear that this was just how she felt toward herself because of the mental state she was in. She expressed that if any of her friends, fans or anyone’s health was as bad as hers that she would want them to get taken care of.

Another thing that Mongeau made sure to set the record straight about was that she was not rude to the Doctors that took care of her. Off-camera she had great conversations with them and said she is even friends with one of the Doctors now. “I am never ever ever… ever rude to a service professional,” expressed Mongeau. “That is the one thing I will never do. A: Because I was that person. I worked in a store and had people be rude to me all day every day when I wanted to die for 8 dollars an hour and that really sucked. And I think that taught me through life that you be the nicest person to anyone that’s helping you in any way.” While the editing was not in her favor, Mongeau is a celebrity that has a great reputation for being nice to any fan she encounters. How a reality show portrays her does not mean she is any less nice and respectful toward healthcare professionals.

Hopefully, now that Mongeau has cleared the air people will be less critical towards her. At the end of the day, a person’s mental health is what’s most important and I’m sure this backlash has not been helping with how the YouTuber has been feeling lately. You can watch the full video where Tana breaks everything down here.