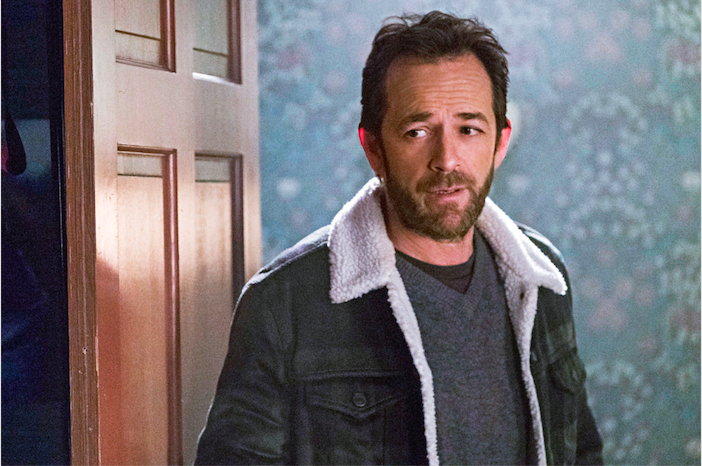 Wednesday night marked the premiere of Riverdale season 4. On March 4th, 2019, we lost Luke Perry to a stroke at the age of 52. Known for his role on Beverly Hills, 90210, Perry was also playing Fred Andrews on the CW’s Riverdale. His death occurred in the midst of season 3, but creator Aguirre-Sacasa and the team wanted to make sure they held on before addressing it on the show. Taking a break from its usual dramatic antics, the season 4 debut was long anticipated to learn the fate of Fred.

Luke Perry was remembered in a grieving, melancholy episode “that transcended the world that exists on the small screen,” CNN described. The cast and creators wanted to honor Perry’s legacy respectfully and with dignity, which is why they went with a heroic death to say goodbye to Fred Andrews. In the episode, Fred is killed in a hit and run after stopping to help a stranded driver on the side of the road. His son Archie sets out to bring his father’s body back to Riverdale and discovers the women his father saved, played by longtime friend of Perry and 90210 costar Shannen Doherty. Fred Andrews was the stable father of the show, who always had moral grounds and dignity, a rare find for the crime ridden world of Riverdale.

Fred was celebrated in a parade and montage which included photos of Luke Perry’s real life and time on the show. Filming the episode was brutal for the cast. Aguirre-Sacasa reveals that “everyone was really proud to gather to tell this tribute to Luke…That was cathartic.” In this beautiful episode, fans, friends, and cast got to say goodbye to Luke Perry and his absence will surely be felt on the show and in the lives of those he touched.