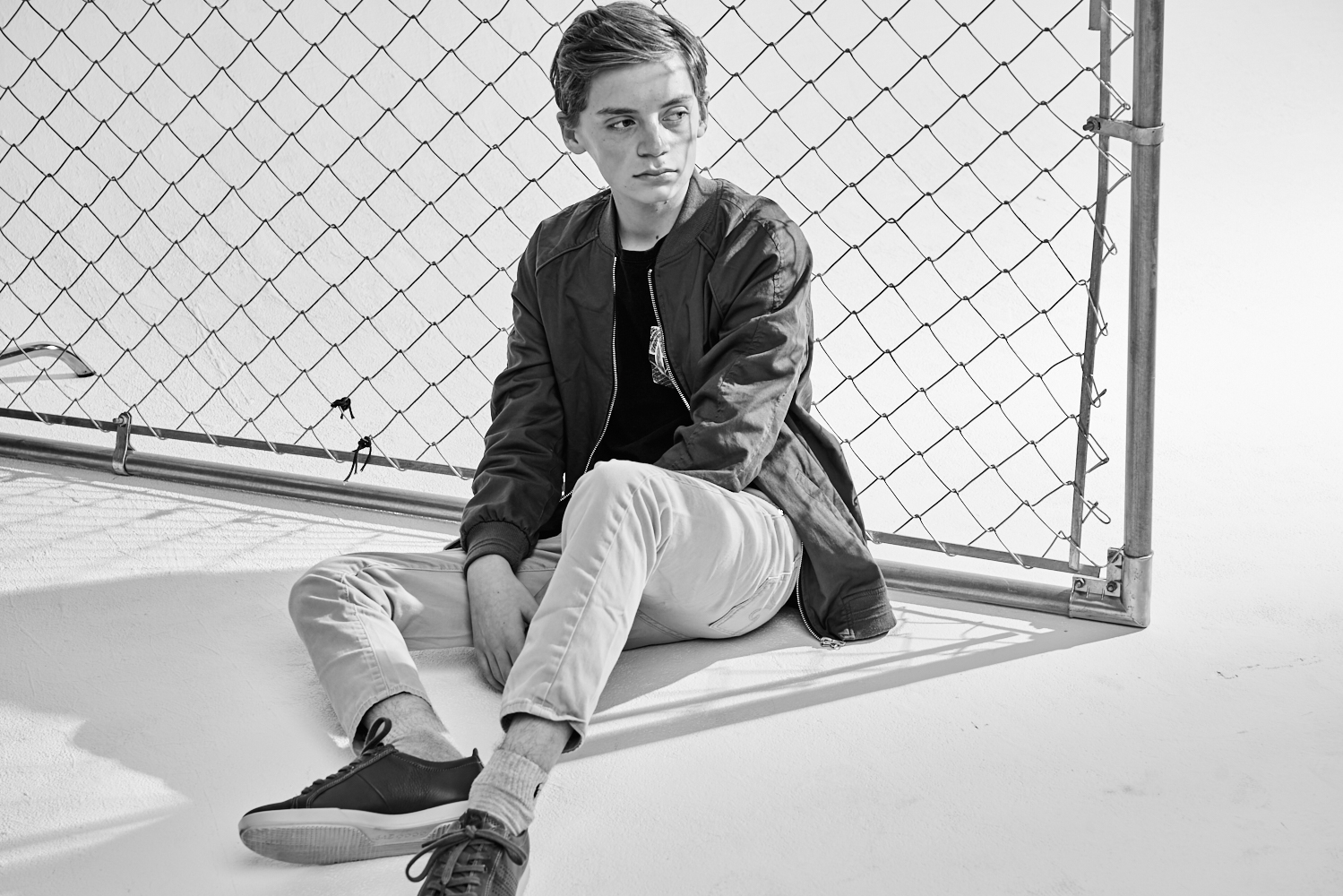 Rocking it in his young age, Dash Williams is an actor currently starring in EPIX’S TV series PERPETUAL GRACE, LTD and Bello Mag was able to speak with him on the show, his character and more! Dash shares his experience on set and gives us a personal take on the role of Glenn Pirdoo he plays. Young and talented, Dash Williams is on an uphill climb in his career.

Q: At such a young age, how does it feel being linked to new television series that is getting great early buzz and an amazing cast?
Seeing the reaction to the show has been amazing. We had so much fun making it and I’m very happy about all of the positive feedback we have gotten from critics and fans. We worked really hard on it, and its just so different from everything else on TV right now.

Q: Tell us about your character, what can you tell us so far?
My character Glenn Pirdoo  is a teenager who works at his dad’s pawn shop instead of going to school. When Jimmi Simpson’s character, James, tries to rob the shop our journeys become intertwined. He’s definitely a more comedic character but also very sympathetic.

Q: How do you personally relate to the character?
I related to the fact that people are always trying to help him. I felt super supported on set and everyone was always willing to lend a helping hand. We are different because Glenn isn’t very educated and sometimes struggles to pick up on social cues.
Q: How did you prepare for this role?
I was super excited when I first received the scripts for the first few episodes. Jimmi Simpson really helped me prepare and was always running lines with me before a big scene.
Q: Can you tell us of a funny story that took place behind the scenes?
For a few days, instead of shooting in Santa Fe, New Mexico where we usually shot, we shot in Las Vegas, New Mexico. We shot in a lot of small towns but this one was the smallest. The hotel we stayed in was famously haunted and there were always people talking about ghosts that they saw.
Q: Do you have a favorite scene you shot and why?
My favorite scene to shoot was the first scene in the pawn shop. I shot that on my first day, so I was already excited and it was so fun getting to meet everyone in the crew. Its also just such a well written scene.
Q: Do you have a dream character you would love to play one day?
I don’t really have a dream character. I have really loved working with our show’s creator Steven Conrad and I would love to work with him more in the future. I’ve been so lucky to play the roles that I’ve gotten to play and I’m looking forward to all of the future roles that I will get to play.
Photo Credits: The Riker Brothers
Grooming: Michelle Harvey