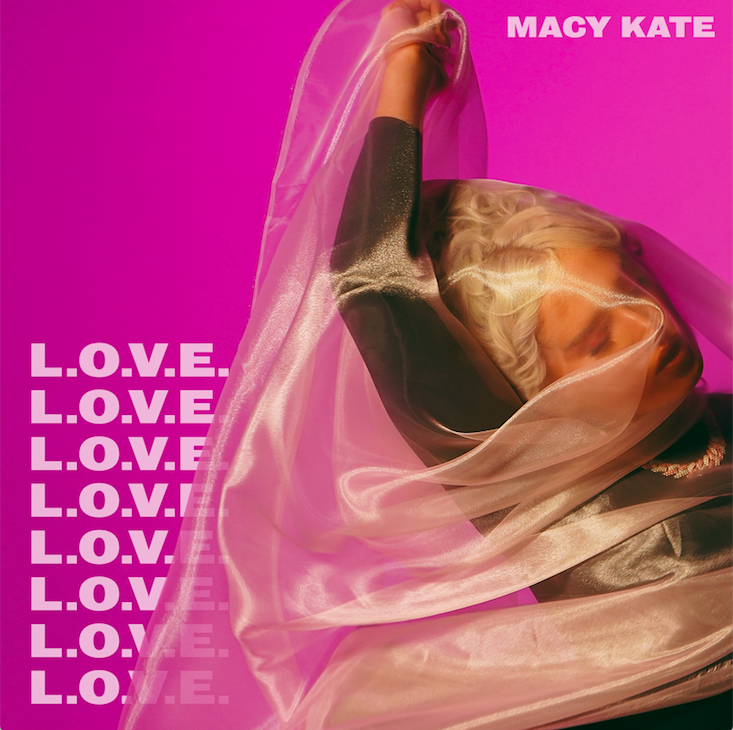 The young and talented Macy Kate was discovered by Flo Rida and sang with him for his legendary tracks “My house” and “Wild Ones”. Today, the singer releases her single “LOVE” with a heartbreaking story and showcases her personal lyrics. Macy Kate represents the population that follows their dreams and work hard until they attain it. The amazing artist is 22 years old and wows those around her with her positive charisma, energy, and maturity. Her ascension has only just begun with 100 millions of views on YouTube to date. Here at BELLO, we had the chance to speak with her on her career, inspirations, and more. 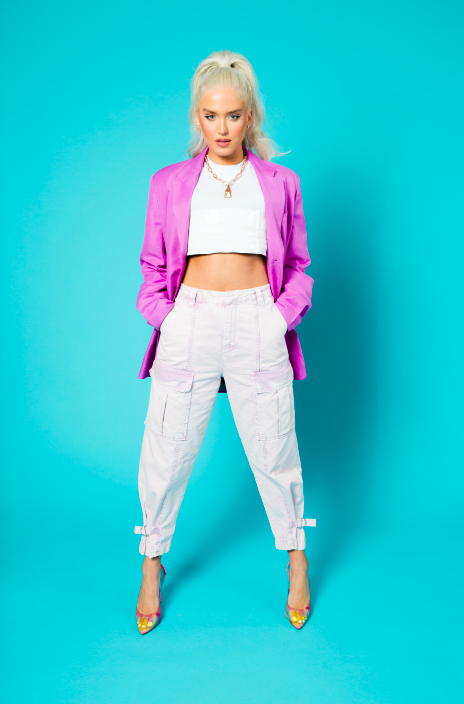 Starting your career at such a young age, what inspired you to want to be a singer?

The piano was a big part of how I learned how to sing. It was also the instrument that inspired me to sing in the first place. Being trained classically at the age of 5 and learning full Sonatinas at such a young age taught me so much about melodies, and scales,  etc. The piano is definitely where my roots are.

At the age of 22, you show true authenticity and maturity. Can you share with us a time in which you had to ‘grow up’ faster than usual to handle a certain situation?

I mean, as soon as I got into the business. I was 13 in a girl group going through full artist development. We were surrounded by adults all the time and constantly in meetings with executives so it kinda forced me to mature because I had to know what people meant. It also comes from a lot of constructive criticism over the years and learning different peoples personalities. I can’t say there was a specific situation that made me grow up faster. I think it was a reoccurring thing.

How did you feel about your first song release gaining so much success? Did you anticipate this?

I knew “Cry For Help” was a smash, and I knew I liked it a lot but I had no idea it would take off like the way it did. It was such an amazing feeling and so surreal. Knowing all the hard work behind is lying off it’s such a great feeling.

What inspires you to write your music?

Personal experiences for sure. I feel like a lot of my previous music has been about surfaced topics but a lot of things have happened in the past two years and it’s inspired all of my recent songs. I’ve just learned so much about myself. It’s definitely a weird thing, but it turned into an amazing piece of art that I’m really proud of.

What can you tell me about your new single “Love”? What makes it different from your other songs?

L.O.V.E. Is definitely one of my more vulnerable songs. It’s shockingly real and shockingly so catchy. The lyrics in the verses are my favorite because those were the exact thoughts that were going through my head during the aftermath of my last relationship. I had a lot of questions, a lot of assumptions, and was just thinking about way too much to the point where I was convince that he never loved me at all.

What was one of your favorite memories shooting the video for “Love”?

My favorite memory was definitely the risk of the creativity. I’m not a dancer whatsoever but I just felt like the song leaned into the ballerina/jewelry box category and I felt like I had to be the ballerina in the jewelry box. The ballerina part scared me because I’m not a dancer but that genre just intrigued me so much. Ballerina’s go through so much underneath the beautiful dancing. I wanted to bring out the pain that’s lying underneath the beautiful posture of a ballerina which portrayed this song perfectly. 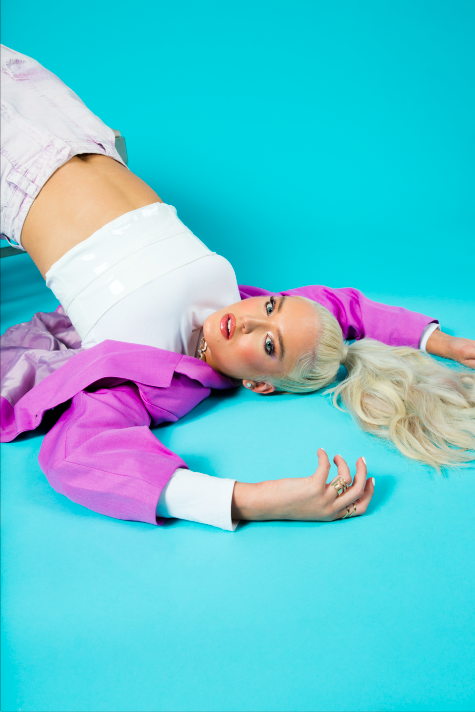 In your music, you confide in your fans and you are very present on social networks: Tik Tok, YouTube, Instagram and Facebook. How have these outlets allowed you to share a certain message? Make a change?

I try and be as real with my fans as possible. I want them to know they aren’t alone. In anything. I’m so honest with them because they’re so honest with me. Today’s society is so perfect looking on the outside I feel like it’s set this new standard for people. It’s so wrong. I get so fulfilled when I get messages saying that my music or songs have saved them or helped them through a situation with lyrics. It warms my heart and makes me feel like I’ve done my job.

How did you meet Flo Rida and what is one of the biggest lessons he taught you?

At a 2016 Florida conference, I was invited to sing at an executive dinner. After my performance, Ramont Green, Flo Rida’s then-A&R manager (and my current manager) chased me down after the performance. He invited me to meet Flo in his studio the next day, I played a song on the piano for him and he signed me on the spot. I went on tour with him for 2 years after that. I learned so much from him. I was shadowing him while he was in interviews and in the studio, and I was performing in stadiums that I’d always dreamed of performing in. He is one of the nicest people that I’ve ever met. He doesn’t forget that he wouldn’t be where he is without the people that have been backing him.

Who would you like to collaborate with for a future song?

Where do you see yourself in 5 years?

Definitely see myself touring around the world, releasing new music, starting a clothing line, and just continuing building myself as a brand.