ON: October 7, 2020 BY: Alexandra Bonnet OBSESSIONS 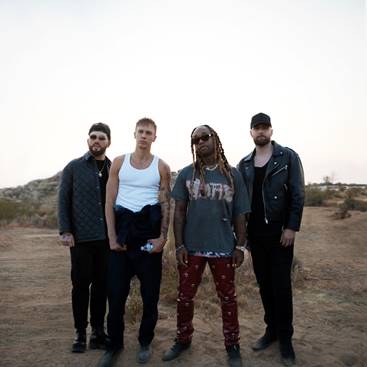 “Ty and Gashi were two artists that we’ve wanted to work with for a long time,” says Lost Kings.  “We’re huge fans of their work. Literally everything Ty puts out is 🔥. To do something with him had been on our list for a long time. And we just love Gashi and the energy he brings to everything he does. We couldn’t have asked for a better pairing on “Oops”.

Lost Kings consists of Los Angeles based duo Rob Gainley and Nick Shanholtz. The two have risen up through the ranks of new producer talents gaining over 800 million combined streams worldwide.  In the process, they have released various original music and remixes, released two EP’s, Paper Crowns and Lost Angeles and sold out major markets across the US including New York’s Webster Hall and Chicago’s Bottom Lounge.  The group’s EP’s featured artists from all genres of music including Wiz Khalifa, Ally Brooke, A$AP Ferg, Marc E. Bassy, Loren Gray, Social House, Anna Clendening and more.  After making their mainstage debut at the Life Is Beautiful Festival and playing some of the biggest music festivals across the globe, Lost Kings secured their slot to make their debut at Coachella in 2021.

Born in Libya, GASHI spent much of his young life as a refugee, moving from country to country.  His family eventually settled in Brooklyn, NY, where he was introduced to music at a very young age.  GASHI absorbed a melting pot of musical influences throughout his youth, resulting in the formation of his own unique sonic palette that blends together different genres of music.  His dynamic sound has allowed GASHI to collaborate with a wide range of talents ranging from Chris Brown to Travis Scott.  In the last couple of years, he released two studio albums album, sold out venues all across the globe, and has accumulated over 550 million streams with over 100 million video views worldwide.  Most recently Gashi released his sophomore album 1984 which features his current single, “Mama” ft. 17-Grammy Award winner Sting. The two just performed the track on The Tonight Show Starring Jimmy Fallon.