If you’ve been dreaming of the perfect Friday night pastime, consider heading to the historic Hollywood Pantages Theater for the latest production of Les Miserables.  This production’s opening night drew in celebrities from all around the entertainment world, including the creator of Les Mis play Alain Boublil himself.  The play boasts the talents of seasoned professionals including John Ambrosino who starred as Mark in a theatrical production Rent, Felipe Barbosa Bombanato of Farmer Babet, Off-Broadway star Aubin Bradley, Wicked’s Jillian Butler, Broadway star Nick Cartell, and more. 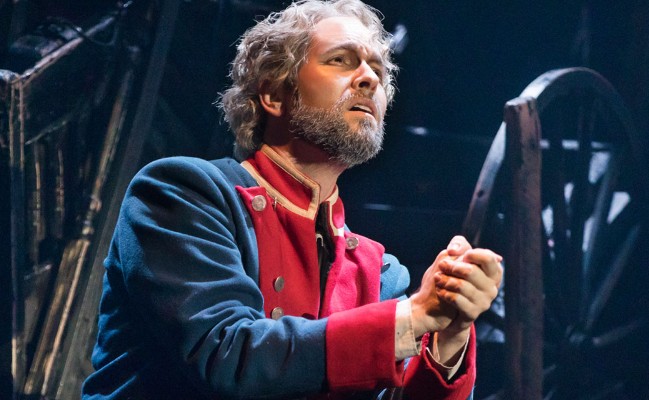 These theatrical professionals bring all the intensity and emotional gravitas Victor Hugo intended in his original 19th century novel Les Miserables.  The actors’ raw talent grabs the audience, captivating their attention for the entire 3-hour long performance.  Most impressively, their angelic voices, particularly that of Cartell, carry the story along through its classic soundtrack including songs like “I’ve Dreamed a Dream,” “On My Own,” and “Do You Hear the People Sing?” just to name a few.  Don’t miss the opportunity to witness this incredible theatrical production, as Les Miserables will be at The Pantages Theater until June 2.