ON: May 21, 2019 BY: Ed Solorzano OBSESSIONS
Film/Television Interview 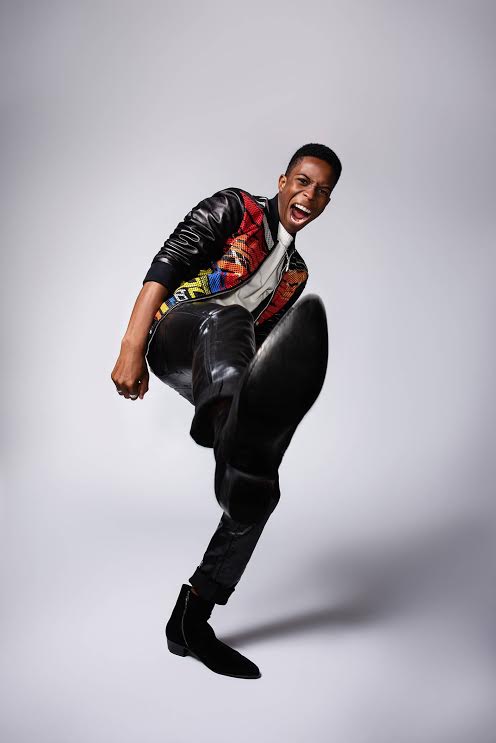 Playing Darrell was a great experience for me. I mean what teen doesn’t want to party hard?! Our characters got to do all the bad things, that of course, our parents warned us to not do. So, playing a character like this was pretty liberating.  On a serious note, though, often times, having been in the industry since I was a kid, you’re usually the youngest or one of only a few other child or teen actors. What I really enjoyed about this project, was having an opportunity to work alongside an ensemble cast of other young adults.  It made the experience a lot of fun, but at the same time, I felt a sense of gratitude for having a chance to travel out of town, to see another part of the country… the deep south, full of history and overall getting to know my cast mates and just really working on a cool, Blumhouse project.

I did my usual preparation with my Super-Mom, and if you knew my Mom you’d know that how she trains to ensure that I’m prepared for my roles, it’s pretty intense.  She’s been my acting coach, all of my life, of course, but this was the first time I was on a movie set without her. Solo as a young professional, so it was very important for me to really rehearse and implement the system I’ve learned and adopted, since I’ve been in the industry: working my natural instincts, staying focused, staying in the moment and simply living life, as this character.

To top it off, working with THE Tate Taylor was nothing short of… awesome.  He’s a great director that really knows how to help actors to do what’s necessary to embody these characters, bringing the authenticity and nuances, when needed and where needed.  When you see it, you’ll walk away talking about how the entire cast meshed well, and that’s attributed to Tate’s directing style and skills.

As I mentioned earlier, working with a cast of this size and all of us being in the same age group, was a first-time experience for me in a movie, so, for me, it was great. It was like being in high school, all over again, kicking it each day with your best buddies. When Tate would say “Cut!” we’d get right back to actually cutting up and having fun in between takes, which all of that shows up on screen.  We all brought our A game and it was great being able to have that balance of work/fun on and off screen. For the most part, I’d say, yes, we’re all pretty cool with one another and it was a joy working with everyone on set and even more fun reuniting last week doing press.

Having previously worked with Oscar winner Viola Davis and then getting the call that I booked this role to play alongside Oscar winner Octavia Spencer was like a teen actor hitting the jackpot!  Octavia Spencer was amazing! Watching her work, was like being in a Masters Class every day. She was so open in communicating the energy she needed out of us each day while filming, and she really taught me the importance of timing, and catching the intensity of a scene. Watching her, I also learned the importance of balance on set – she’s definitely mastered the ethic of work hard, play hard and it was phenomenal to be a part of the cast working with her. I think audiences are really going to enjoy her in such a different role that we’ve grown accustomed to seeing her play.  “MA” is NO JOKE!

Denzel Washington. That man is a true G.O.A.T. I remember when I was really young and I’d get an audition for a drama, the first thing my Mom would have me to do, is watch Denzel acting clips on YouTube. She knew that I loved drama, even as a kid and she allowed me to watch Denzel movies, with her. But the thing that I now know, we weren’t just watching Denzel movies as consumers or fans, we were actually watching them as students. I studied this man over the course of my career and it makes me smile, when after I’ve nailed an audition, casting refers to me as “Young Denzel”. Then to get on set working with Damon Wayans and Keesha Sharp in Lethal Weapon, there were moments when I’d have emotional scenes that required me to dig deep. When I’d really “go there” and just really allow my character, RJ, to feel and be authentic, it did me all good to hear Damon & Mrs. Keesha call me “Denzel”; and to think they had no idea that he’s actually my biggest acting inspiration. I guess if you practice something long enough and study someone hard enough, there’s a high probability that eventually you’ll be able to embody their spirit or methodology and add that sauce to the character in a dramatic role.

Shooting movies and shooting TV shows are very different.  The flow is different. The timing is different. The atmospheres are different… pretty much, to me, they’re both so unique in their own worlds that I’m able to enjoy them equally.  As an actor, our job is to audition, secure the job, rehearse day in and day out and bring a character to life, whether it’s for TV or film. I love the experiences gained from both, whether TV or movies and couldn’t really say that I like shooting one more than the other, but that could possibly change as I get older, after I’ve built a much vaster resume in both worlds, so stay tuned.

This is actually funny… at first, I had a corny rap name, I’m not even going to tell you what that was and then I thought, I don’t want to be known or affiliated with anything corny, so I need a new name. I love my city and of course, I’m a huge Kanye West fan, so I thought, how can I incorporate my name so that one day, just as Kanye’s name stands out, I can maybe have a name that stands out, too. I thought, well my name definitely has to be in there some way, but I didn’t want to go by my acting or government name, so it just hit me one day while I was listening to Chance The Rapper.  I thought to myself, alright my name means Poet, I write poetry, so I’m going to call myself DanteThePoet. I thought DanteTheLyricist, but I said many people can’t even spell that so that’s not a good name. Then I thought DanteTheRhymer… DanteTheRapper… and it was obvious that DanteThePoet made the most sense and was the one that felt most right.

If there wasn’t a video, you’d think I was lying but I’ve been doing what I thought was rapping, since I was about 2 and a half, as a tot, my Mom tried to teach me to sing “Jesus Loves Me”, but she says I’d never sung it. I would always bop my head and sort of rap it. I guess back then it was a bit rare for a kid that young to really love hip hop, like that, and I was invited and in talks to be on Ellen when she first, first started her talk show and even America’s Most Talented Kids called my audition as one of their favorites: https://youtu.be/1Ktw8xEuKkE

I guess you can say, I was born to do this. We, my little brother and I, even released our first hip hop album on iTunes at the ages of 11 & 9 called “Here Come The Brown Boys!” Boooooooiiiiii you couldn’t tell us we weren’t it! We performed all around town, even opening up for Soulja when he was on top of his game but I really started applying myself and becoming a true student of the craft in middle school, crushing everyone in the rap battles and then being accepted into Grammy Camp and pursuing the art even deeper and working for a more qualitative sound and overall production since about 8th/9th grade and on.

I really started focusing on writing down my bars, instead of freestyling, probably around 6th grade. That’s when I really started diving deeper into hip hop, studying the history of it and exploring more about embracing my feelings, whatever they might’ve been at that time for a middle schooler and really just expressing myself. I quickly discovered that so many of my classmates were relating to my music and asking me to make more and release more, so I started uploading my raps to Soundcloud, because my classmates were vibing with my music and in a sense, it was therapeutic for me, too.

Oh man, growing up on the south side of Chicago, I would say my top music inspiration is Kanye West – he’s definitely my number one. To me, he always manages to stay a step ahead of everyone when it comes to music exploration, fashion and just how consistent he is in his creativity, overall.  He’s made so many hits over the span of his career, I think his music is amazing. I’d also have to say James Brown, just so much soul in one body. I remember the first time my Mom showed me one of his old videos. Watching him perform, that footwork, those moves, it was electric and made me want to give that feeling I felt to others, when I perform.  What’s ironic, when I perform, a lot of people have called me The James Brown of Rap. That’s super dope, I think.

Quite a bit! As you might have heard, Lethal Weapon didn’t get a 4th season renewal, so as far as the TV world, as the athletes would say, I’m a free agent. Hopefully it won’t be long though but until then, I’m super excited about MAY 31ST when you’ll get to see me on the big screen again, in theaters everywhere, starring alongside Academy Award winner, Octavia Spencer in the Blumhouse movie, MA!  Everyone MUST watch until the very last credit scrolls, because I’m excited to also announce that my song received end credit placement! Liisten for YOU HEAR A SOUND by me aka DanteThePoet. That joint is going to play in those huge theater speakers smashing, too!  I was extremely hype hearing it at the premiere and I can’t wait to hear how people are vibing with it. It’ll be streaming on all music platforms May 24th! In June, I’ll be headed off to Utah as I was invited to play the lead for the movie, A THOUSAND AND ONE NIGHTS, written and directed by the talented A.V. Rockwell in the 2019 Sundance Director’s Lab and upon returning from Sundance, I’ll be gearing up for the release of my 1st EP, so stay tuned and follow me on Instagram @DanteThePoet!