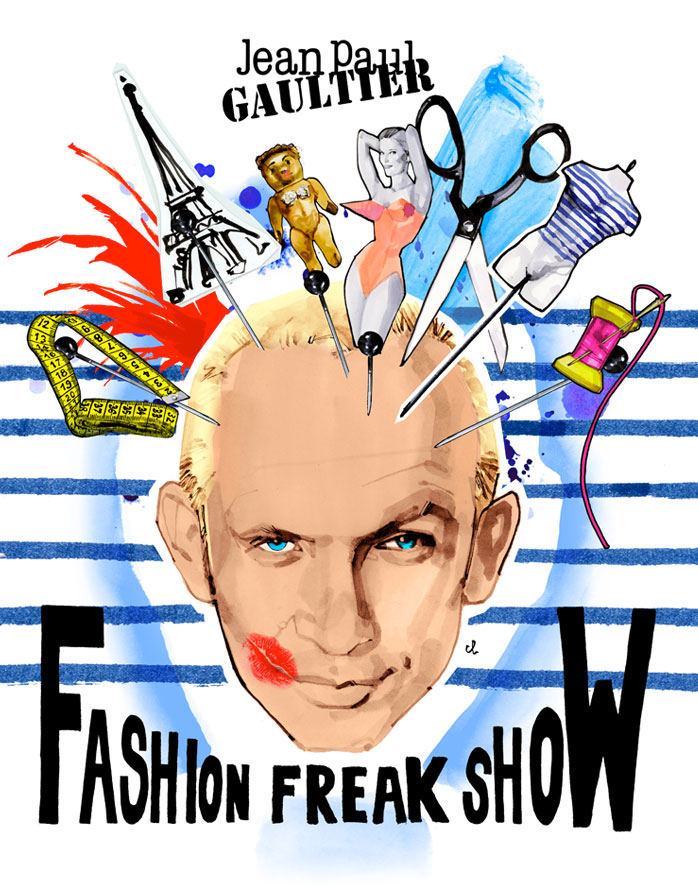 Ladies and gentlemen, last night, the French designer Jean Paul Gaultier presented his spring-summer haute couture collection that marked his farewell to his career at the Théâtre du Châtelet in Paris.

To close his career, the famous stylist invited all those who inspired him: singer Mylène Farmer, Michael Jackson’s daughter, dancer Dita Von Teese, artist Kiddy Smile… All his personalities were transformed into models to honor Jean Paul Gautier’s 50 years of work.

The designer called “enfant terrible” offered his guests a magnificent, inventive, euphoric and heartwarming spectacle. In this extraordinary production, actors, dancers and circus artists were on stage and played outlandish, passionate, larger than life, rude, sexy, sassy creatures and personalities.

All of Jean Paul Gaultier’s fashion obsessions were there: the sailor, the corset, the jeans, the androgynous… The creator showcased the first collection “Haute Couture upcycling” with 200-plus looks, it’s made from the recovery of archives, chips, travels. For example, he assembles ties to make skirts. It’s crazy…fashion is also environmentally friendly!

The show opened with a coffin. Jean Paul Gaultier, who is full of life and humor, had inside it a young woman who came out of it and started strutting down the catwalk. There is no death at Gaultier’s, and nothing is ever serious.

The catwalk is engaged and sexy where all colors are celebrated, highlighting Gaultier’s image.

Escape to the delightfully crazy world of Jean Paul Gaultier by watching his latest fashion show, click on the link.