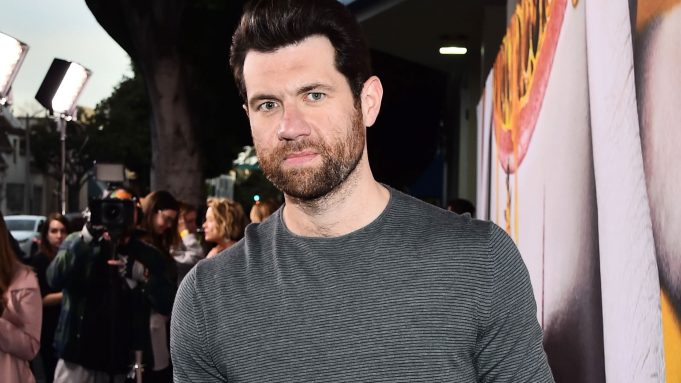 Eichner will play notorious journalist Matt Drudge, who in the late ‘90s started the Drudge Report and was essentially the player who first broke the news about Clinton’s affair with Lewinsky. The Drudge Report was not a reliable source, then, but once editors from Newsweek caught on to the story and it turned out the affair was true…well, you know the rest.

Eichner joins the already star-studded cast that includes Beanie Feldstein (“Booksmart”) as Lewinsky, Clive Owen as Clinton, Sarah Paulson as Lewinsky’s fake BFF Linda Tripp who, by the way, recorded all of her phone conversations and was wired every time she hung out with Lewinsky, and then she turned all of those recordings to the FBI and then Lewinsky was put on trial in the court of public opinion while Tripp carried on with her life. But I digress.

Eichner reteams with “Impeachment” producer Ryan Murphy after having acted in “American Horror Story” seasons 7 (“Cult”) and 8 (“Apocalypse”). He also hosts his own talk show-esque program “Billy on the Street” and co-starred on Hulu’s “Difficult People.”