In Need of a Brighter Mood During Your Quarantine? Check out Chris D’Elia’s Brand New Netflix Stand-up ‘No Pain’ 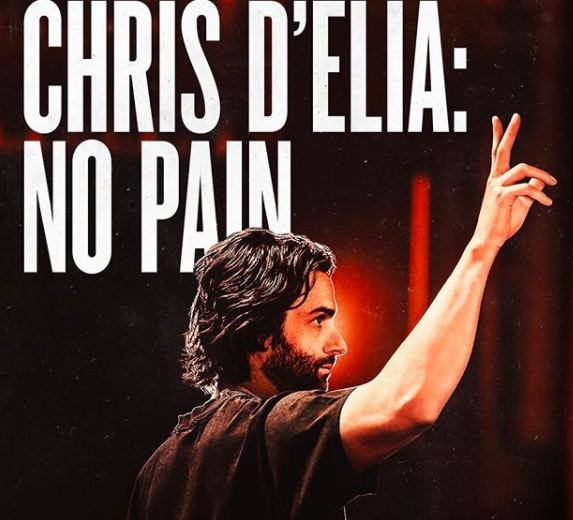 Last night I watched Chris D’Elia’s brand new Netflix special, No Pain and he brought a rather odd, yet strangely true fact to light..

Or better yet, Dolphins can f*** some of us if we are unlucky.

Sounds weird? Totally. But the audience was loving it, and to be honest, I couldn’t stop laughing either.

If you haven’t heard of the 40 year old comedian who looks like a tired eagle (hey, he said it himself), Chris D’Elia started making noise in the mainstream comedy scene back when he appeared on Comedy Central’s Live At Gotham and Comedy Central Presents.

Recently he has released a rap album, a successful podcast series, appeared in season two of the hit Netflix series You, as well as a stream of hilarious Netflix specials: Incorrigible, Man on Fire, Comedians of the World (a shared special featuring many popular and rising comedians), as well as his most recent special, No Pain.

Although his humor is an acquired taste, he seems to ride off the fact that he can sell his jokes with his overwhelming charm and charisma. No really, sometimes it is extremely overwhelming–sip it slow.

His most recent special explores an interesting interaction he had with a random baby in a mall (weird, but it’s not what you think), as well as him coming to terms with the fact that dolphins can and do indeed, rape human beings.

If you have not already, stream Chris D’Elia’s brand new special No Pain, along with his other recent titles only on Netflix!