Did You Watch Last Night’s Episode of ‘Little Fires Everywhere’? 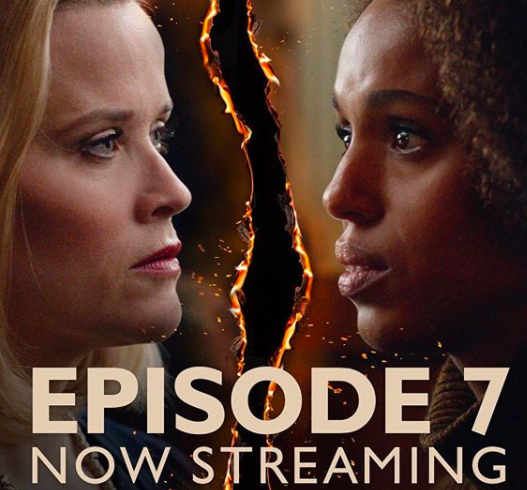 Have you been paying attention to HULU’s Little Fires Everywhere?

It’s a remarkable show based on Celeste Ng’s novel of the same name, that explores femininity, mother hood, and the ideological relationship between two very different mothers and their daughters.

This week, more was revealed about Elena’s (Reese Witherspoon) youngest daughter, Izzy (portrayed by Megan Stott). We found out that Izzy has been experimenting with her sexuality, and has feelings for her best friend. The two would often act intimately in a “more than friends” manner whenever their parents were downstairs. This is all told during a very old fashioned game of spin the bottle at a highschool party the two attended to try and “fit in”. Yet this time, her friend doesn’t return her feelings, due to her fear of being caught and judged by their peers. This brings a light to an extremely relevant situation that many younger (and even some older) people to this day experience.

But hey, just like some kid said in the middle of the famous kissing game,”it’s the 90s right”..

That may be true, but it’s still a challenge for people to be accepted for who they are, and it’s 2020.

As the court hearing for the case regarding Bebe Chow (Huang Lu), and the baby she left in front of the fire station ended, Elena confronts Mia Warren (Kerry Washington), and tells her that she knows what she did to ‘The Ryans’, and how Mia “took” Pearl. Mia questions Elena’s motives, asking if she is threatening her. Elena then leaves the women’s bathroom saying to Mia, “Is fighting for someone’s else’s child worth losing your own?” As she does this, Kerry Washington lets out a soft sigh.

One could argue that that sigh was rooted in pain–but for not what once was, but for what was to come.