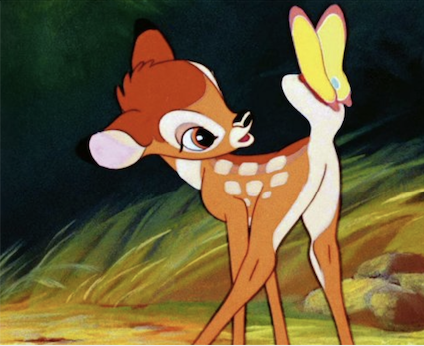 Another day, another live-action remake of a Disney classic in the works. This time, it’s ‘Bambi’. Yes, you will now get to see a CGI version of Bambi’s mom getting shot.

Disney is aiming to do the movie in the same style as their remake of ‘The Lion King’. Geneva Robertson-Dworet (Captain Marvel) and Lindsey Beer (Chaos Walking) are set to write the project.

Although some Disney fans are getting sick of remakes and begging for more original content, the move makes sense for Disney. Last year, ‘The Lion King’ and ‘Aladin’ remakes both made over 1 billion dollars in the box office.

The cast of the film is yet to be revealed, but knowing Disney there are bound to be some big stars involved in the project.