ON: October 5, 2020 BY: Alexandra Bonnet OBSESSIONS 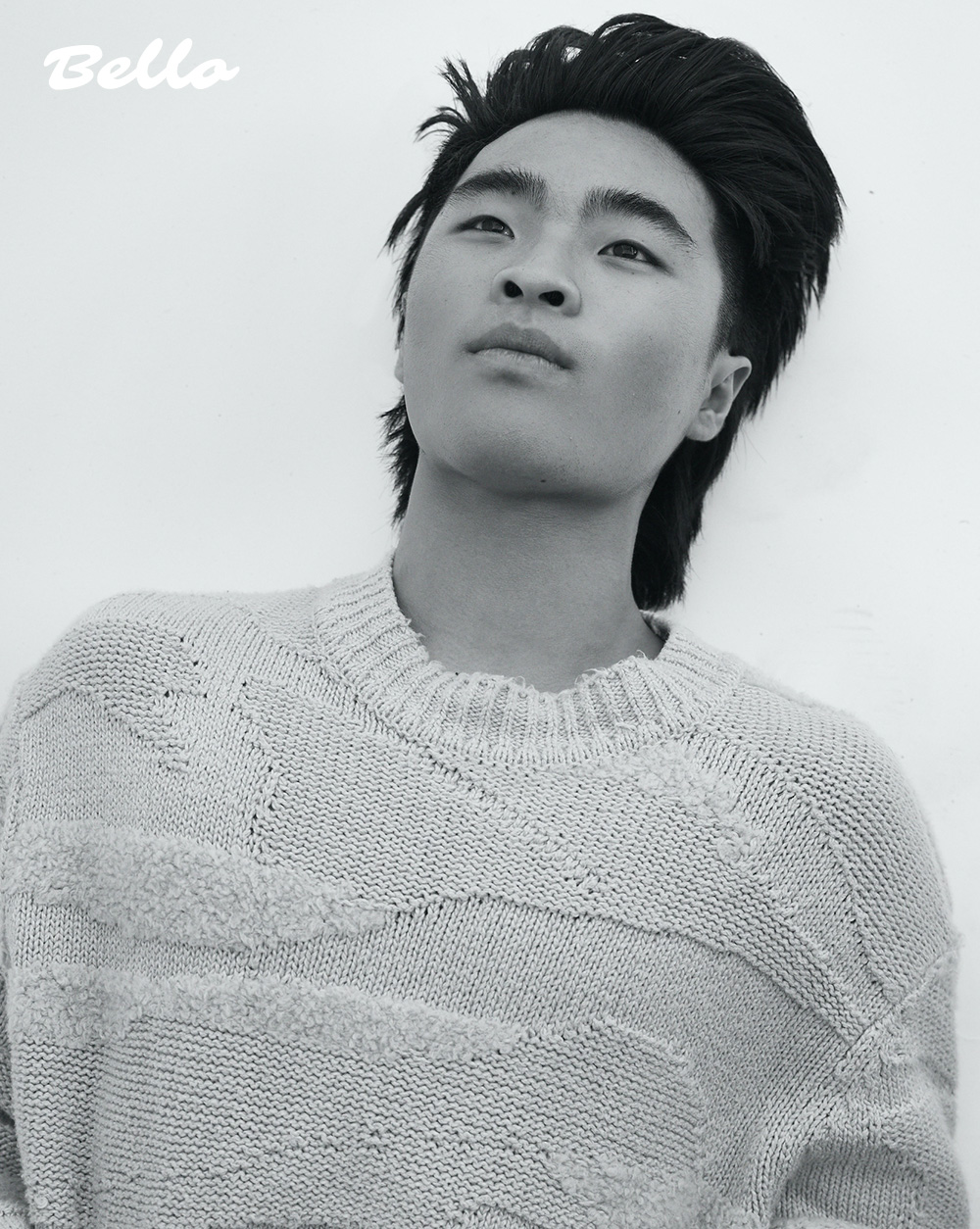 You guys are going to want to sit down for this one.
What a pleasure it was talking with Dallas Liu, who stars in the renown series, PEN15. Despite what others may see from the outside, Liu has worked hard for every one of his accomplishments and understands the value of hard work and dedication. Absolutely in love with acting, the young actor has found his path and continues to put out the best of himself whether it be on or off camera, when he practices martial arts, and more. What a breath of fresh air! So stay tuned and keep following Dallas Liu.

What has been your favorite scene to shoot on set of PEN15, and why?

So my favorite scene, probably on Season 2 would have to be when I’m giving Maya a lecture about being such a brat, being selfish, and things like that. Just doing anything to get attention. I have actually had the same talk with my younger brother. We have about the same age difference that Shuji and Maya do. And I probably resonated with that the most because our relationship is the same.

Who is someone who you have connected with a lot on set?

I’d probably have to go with Maya. I had the most scenes with her so I’m talking with her most of the time when we’re not recording. While I’m on set she has been able to give me really great advice whether it’s in life or the industry or acting. She’s been such a great role model.

Do you remember where you were when you got the call you booked the role? Tell us more about that.

I was actually in my garage about to leave for a trip to France. I had just graduated high school and my family was going to take a trip to France for about a month. Literally, as I was packing up my manager gives me a call and says “hey you just booked this role.” I was instantly freaking out, I was so psyched. It was a win-win situation – either go spend a summer in France or get to work on PEN15.

On set of “Players,” what was the thing you were most excited about when you were heading to the studio?

I was most excited for the basketball scenes to be honest. I’m a huge basketball fan, I’ve been playing since middle school. When I got the call that I was able to work on a show where I’d be able to play basketball, I was super psyched. I was even home practicing, playing with my friends, trying to get as much repetition as I could. 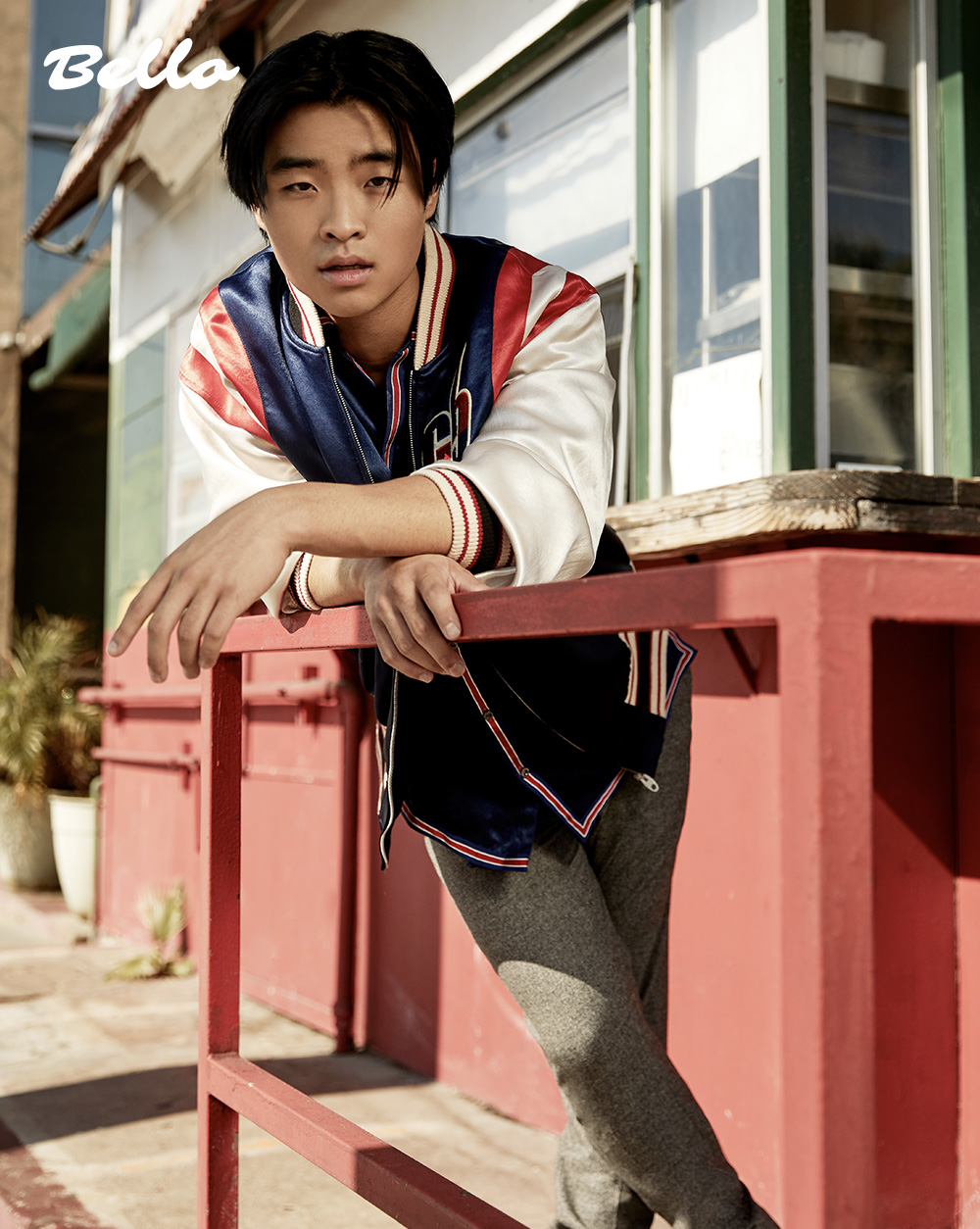 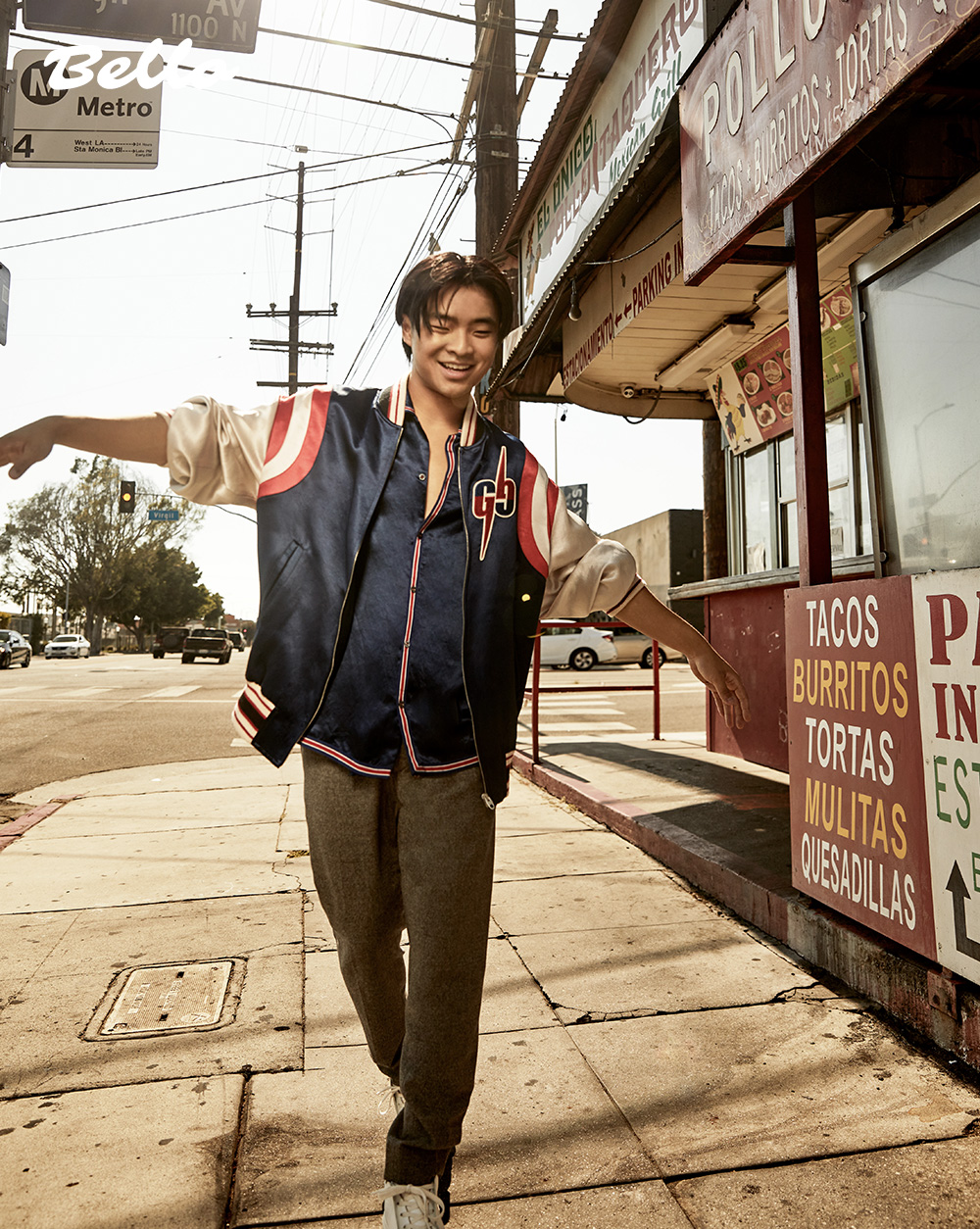 In what ways did you connect with your character, Taylor King?

The biggest thing is that everybody believes that Taylor King had everything handed to him. I’m nowhere near as much as a drama queen like him. Where I grew up, I’m in the San Gabriel Valley of California, a lot of people growing up believed that I’ve had everything easy. Everything has been handed to me through my parents. And that’s not true whatsoever. Yes, I’ve been given great opportunities because of my parents but at the end of the day, it’s about what you can do yourself with those opportunities. It comes down to the work you put in and the time and energy you put into it, and that is something I take pride in – my hard work and my dedication.

Share with us an embarrassing story of yours when you were in Middle School. What did you learn from it?

I believe I was in seventh grade, when I decided to go to my first school dance. I didn’t really know what to expect. I dressed up in a nice little button-up tee all the way to the top of the neck, some skinny jeans, and some Vans. I thought I was looking fresh and I asked a girl to dance for the first time ever. I was extremely nervous, my palms were super sweaty, I was basically shaking. I asked this girl to dance and she said no! I was not expecting that, I was at home pumping myself up listening to Bow-Wow and some Ne-Yo. I ask her to dance in the middle of the floor, people circling around us, and she said no. What did I learn from that? Keep your head up king, because great things are coming your way. 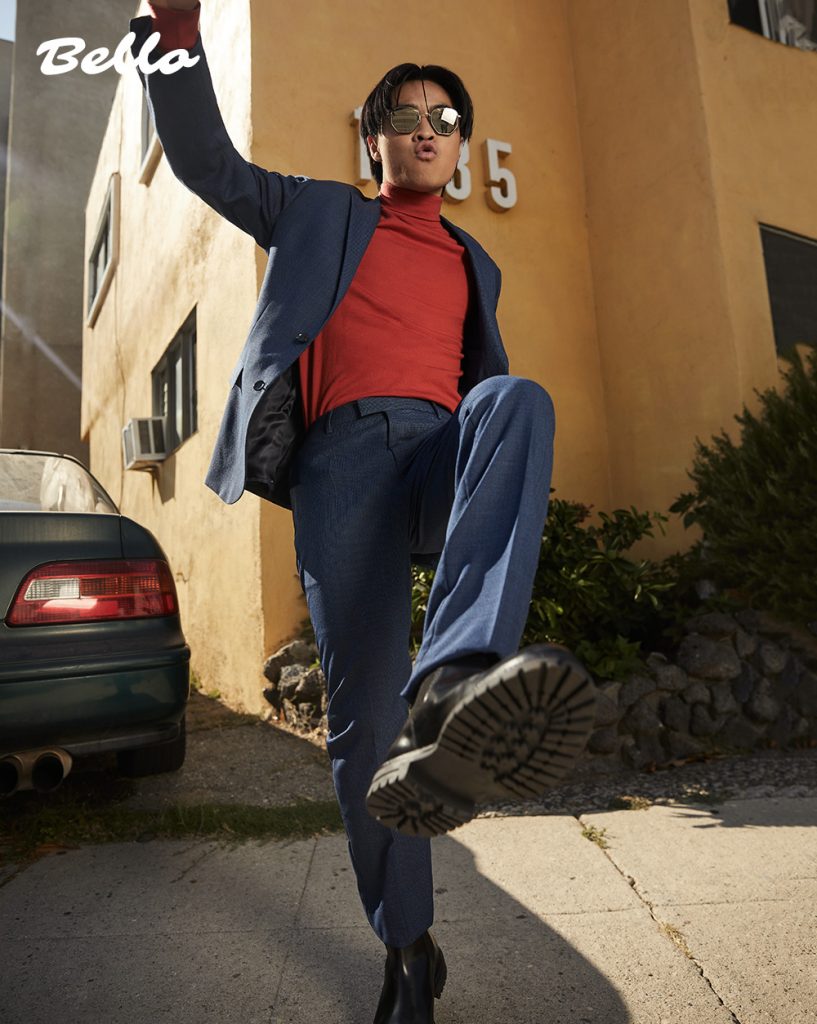 What were some obstacles you faced at a younger age and what helped you through them?

Up until sixth grade, I was always a really shy person. Around seventh grade when I first started acting I really opened up, and my biggest problem was I trusted too many people too quickly. So when they did turn on me, it was really unexpected. I learned to keep my circle close when it got to junior year of high school.

As an actor, what do you believe is your purpose?

I felt like I found my purpose in acting. I love making people smile, that’s always been my biggest thing whether I’m with my friends or family. If I could do that as a career then that is something I would love to take part in. During quarantine, I realized I also want to do work behind the camera. I want to create great projects that people can enjoy with their families. I think the purpose that I found is to bring positivity into people’s lives.

Tell us more about your experience learning mixed martial arts. What is it about the sport that attracts you to it the most?

I started karate when I was 5 years old. My inspiration was actually Power Rangers. My parents thought it was a good idea because I was really shy as a kid and I didn’t know how to stand up for myself. I did karate for eight years, I stopped competing internationally when I was 13 years old. I think karate taught me a lot of discipline.

If you could play alongside any actor, who would you pick and why?

Where do you see yourself going next?

I took part in a studio feature film recently and I’m really excited for everyone to see that. I think people will really enjoy it, it’s definitely outside of what I’m normally working on. As far as later in my career, I just hope to have a successful career in this industry. I have a huge love for acting and film so this being my passion I just want to do a great job more than anything. 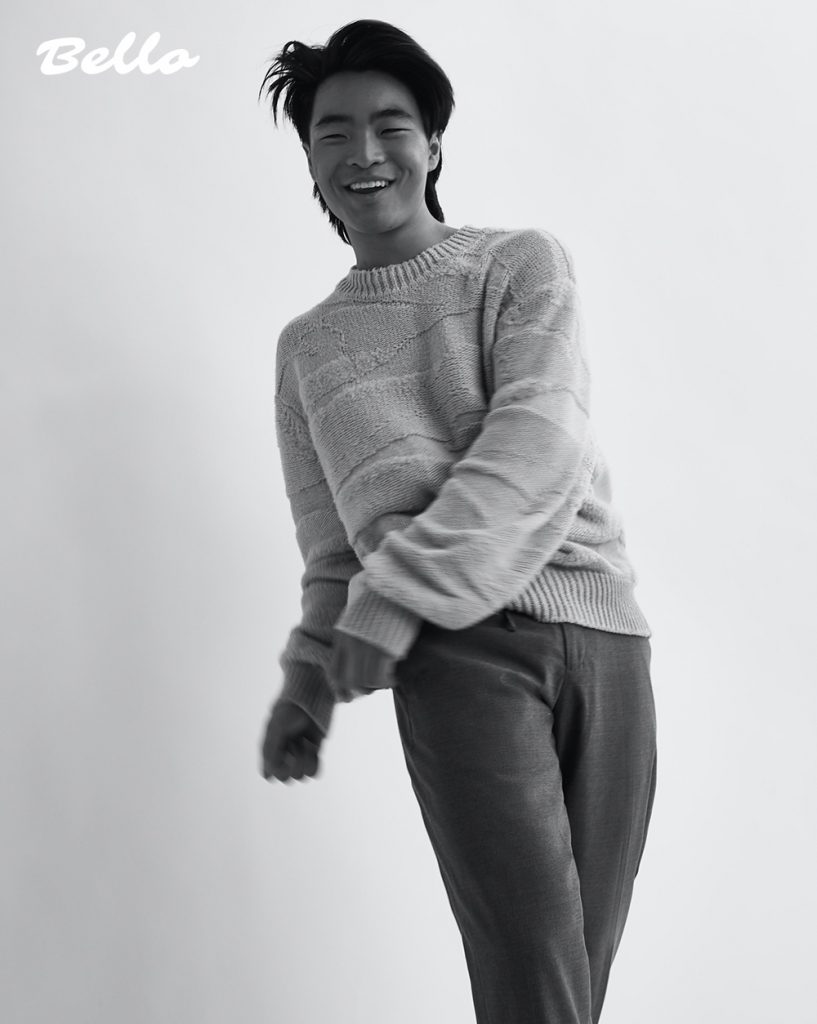