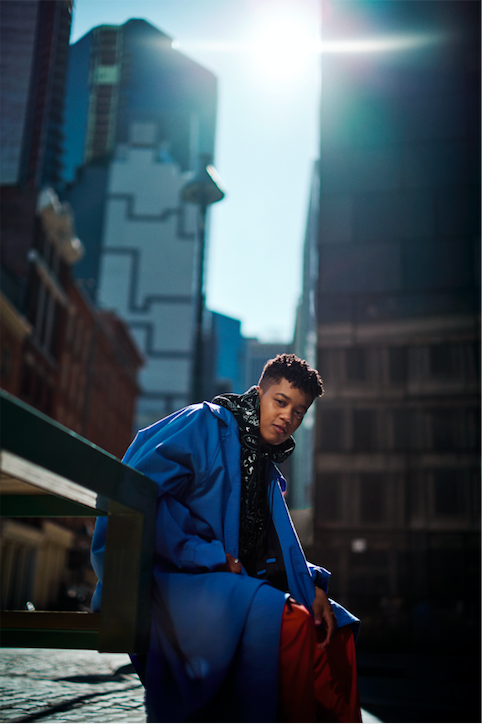 The Grand Army teaser trailer is under two minutes, but it will capture your attention instantly with its haunting saxophone rendition of the national anthem and quick cuts between the unsettling but realistic portrayal of what it means to be a teenager in America. Netflix’s newest drama follows high school students in New York navigating a relentless set of social politics that can completely change the course of your life. One of these teens is Tor, a confident member of the school’s basketball team, portrayed by Crystal Nelson. Crystal discussed with us at Bello her ever-present desire to act and the importance of shows like Grand Army.

What sparked your interest in acting?

I’ve always had an interest in acting since I was young. Even when my head was wrapped around basketball, I always found ways to be a part of anything theatre-related. Acting for me has always been a safe space to just be myself and an opportunity to portray characters that were impactful to others.

What was your favorite part about playing Tor?

My favorite part about playing Tor was absorbing her confidence. Tor is a high school student who isn’t afraid to be herself and completely owns every bit of it. That’s something that I struggled with during middle and high school.

How are you similar and different to Tor?

Tor and I are similar when it comes to being well liked in school. Even though I struggled to fully be myself while attending school, I was still welcomed into different social groups and also had that main core group similar to what Tor has with Dom, Cruz, and Tamika. Tor and I were both also a part of our high school basketball team which I just love so much!

What is your favorite memory from working on Grand Army, on or off set?

My favorite memory from working on set of Grand Army would be the day we filmed our first basketball scene. I haven’t been on a court like that since the day of my injury, so that already was a special feeling and to combine that with the fact that I was living my dream made it all the more beautiful. Most of my favorite off set memories involved spending time with the cast. We all became such great friends and family, so every day was an adventure. Another great off set memory would be when I flew my parents and brothers out to Canada. It truly felt heartwarming to do something like that for them. 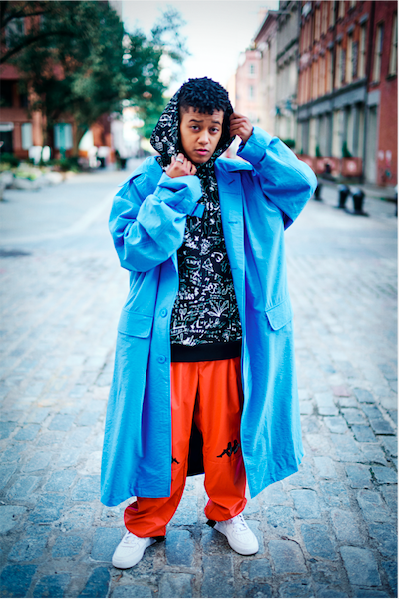 What was the most challenging part about this project?

The most challenging part for me when it came to portraying Tor was owning her confidence. I was at a tough time in my life during the beginning of filming and she was just so happy, uplifting, and confident. I had to really dig deep to find that part of me again and I did! Very thankful for Tor.

What is your dream role?

My dream role isn’t fully created in my mind but I always wish to be a part of projects where my character is really making an impact on the world and shining a light on topics that need it. Just like Grand Army! A character who has their ups and downs but still fights to survive.

In recent years, teen dramas have pushed boundaries showing diverse characters go through intense struggles. Why do you think telling these stories is important?

Showing diverse characters go through intense struggles is real. It’s not brought up as a topic of discussion enough the way it should be. I think shows portraying these important real struggles in film and tv are important because everyone watches TV, which gives the opportunity for these struggles to be seen.

What lessons do you hope people learn from this show?

That this is real life and most teens and young adults are going through what you see portrayed by the amazing cast on Grand Army. Parents, create a safe space for your kids to come to you about anything and just listen to them. All you young adults, we hear you, we see you, we’re fighting for you. World, this place can be so much more beautiful if you just put a little more love into it.

You can only listen to one album for the rest of your life. What is it?

Honestly, what comes to mind right away I’d have to say Acid Rap by Chance The Rapper.

What are you most looking forward to in 2021?

A cleaner, safer, earth filled with positivity, love, and equality.

There was some controversy surrounding the show that rooted from one of the writers. How was your experience on the set?

Regarding the claims from former writers on the show that is best answered by Netflix or the creative team. I can only speak to my experience on the show and the on-set environment was nothing but inclusive and collaborative. I had an amazing time filming Grand Army. Everyone that made Grand Army be what it is today, I call my friend. Shoutout to Katie Cappiello for this amazing opportunity, truly a blessing!