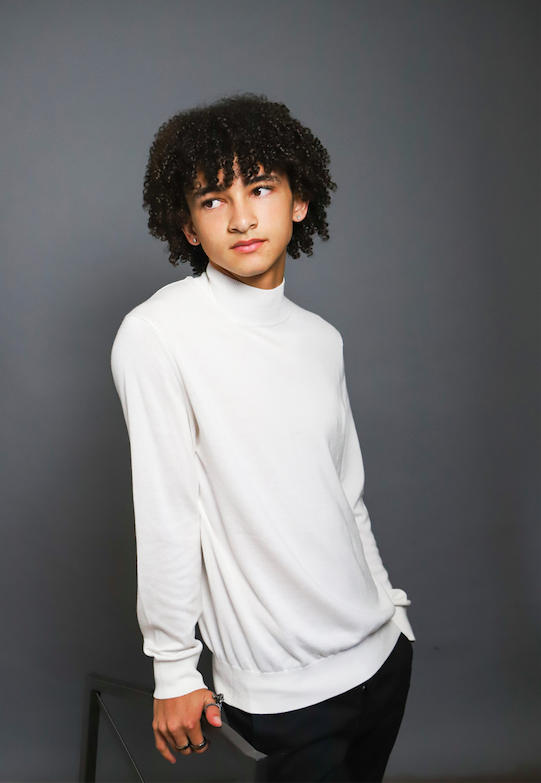 Faly Rakotohavana, who stars in Secret Society of Second-Born Royals, sat with us at Bello to discuss his role on the Disney+ film, the lessons learned, and who he is when he isn’t acting. The young and talented actor plays a lead in the film which brought to him a surreal experience as he created unforgettable bonds with the cast and crew and got to film in Toronto! Finding himself on an uphill climb, Faly Rakotohavana is surely someone you want to keep an eye out for!

Tell us more about your experience on Secret Society of Second-Born Royals. What was it about the experience that really stood out to you?

Secret Society of Second-Born Royals is about a group of teenage second borns that are sent to summer school. Little do they know their summer school is actually a training facility for superheroes! The best part about the whole experience was the cast. Everyone was so cool and getting to film and explore Toronto with them was so awesome!

What are some lessons you learned while on set? Who was a sort of “mentor” for you?

A lesson I learned on-set is that you can have fun on set and still be professional! I learned from the best, Skylar Astin. He was always singing and dancing, but when it came down to getting the work done he was always ready. Someone I considered as a mentor on set was Anna Mastro because she looked out for us and always had great advice on how we could better our characters.

Share with us a funny moment that happened on set.

There is this obstacle course scene that we filmed where we had to jump over all these obstacles and run away from all these lasers…it was total madness. While we were filming that scene there was a block I had to jump over, but as I jumped over it my feet clipped the top of the block and I faceplanted hard! I got up so fast and prayed that no one saw it. As far as I know, nobody saw and hopefully, it stays that way. 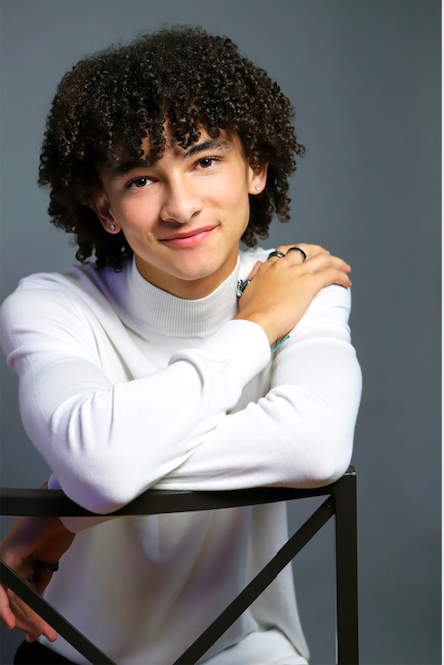 Have you always known you wanted to become an actor? Tell us more about the build up to you pursuing this career.

I have always dreamed of being an actor. For as long as I can remember, I’ve always wanted to see myself on the screen! While I was living in Phoenix, Arizona I attempted to start that career but I had a stutter that prevented me from pursuing my dream. I took a break for a while and then when I moved to Midland, Texas I started doing musical theatre. After I had done a couple of years of musical theatre I decided I wanted to pursue film and TV again! So I auditioned for an acting workshop called CGTV and through that program, I met my manager and agent. From that point on, my career just kept growing.

What was one of your favorite roles to play so far?

One of my favorite roles to play was Eduardo from The Mick! That was such a fun show to work on and it was absolutely hilarious! There was this one episode that we did where we were all hanging out in our secret shed and we accidentally shoot one of our friends with a bow and arrow! It was so much to film.

If you could play alongside any actor/actress, who would it be and why?

I would want to work with Will Smith! He is so talented and getting to work with such a legend would be absolutely insane. Plus, I feel like I could learn a lot from him.

At the age of 6, you moved here from Madagascar. Can you tell us more about that move and how both cultures have influenced who you are today?

Both cultures have a huge impact on who I am today. Growing up with a Malagasy dad and an American mom is really something special. All I have known for the past 11 years is an American lifestyle, so having my dad around to remind me where I am from and who I am is very important to me. Both cultures are beautiful and unique so getting to be a representative of both is something I am very proud of. 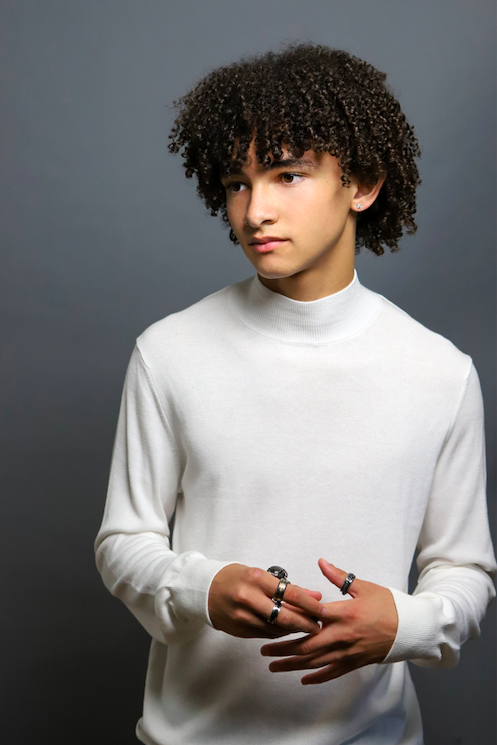 What is something about yourself most people don’t know?

I love rollerblading! Most people make fun of me for it but I think it is super fun. I rollerblade and I am currently learning to skateboard as well.

If you could go back to a specific day in your childhood, which one would you pick and why?

When I was around 7 or 8 years old, I went to Fright Night at Six Flags and it was the most fun I’ve ever had. The problem is that I fell asleep at the park and missed the last portion of the night, so if I could go back and do it again I would fix that.