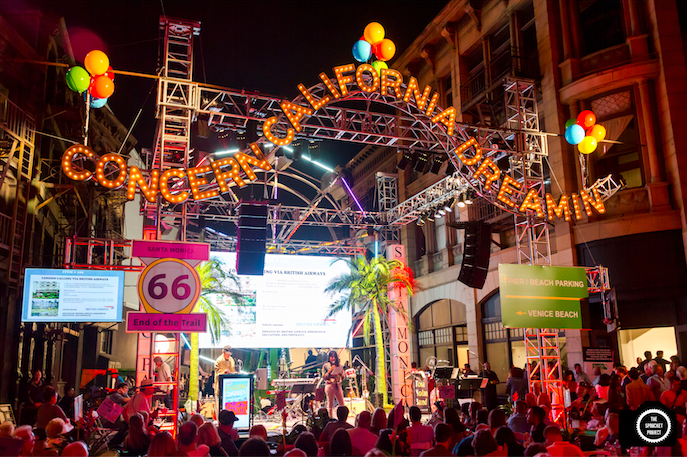 This past weekend, guests from various corners of Los Angeles County got together for a great cause. On Saturday, July 13th 2019 The Concern Foundation for Cancer Research held its annual fundraiser and charity event: it’s highly anticipated Block Party. The successful event provided guests with treats and bites from over 70 food and beverage vendors from the most flavorful restaurants in the Los Angeles area. It was fun seeing the California spirit sprawled out in the back lot of New York from Napa Valley to the woods of Yosemite to Santa Monica with their theme: California Dreaming to Conquer Cancer.

If that wasn’t a treat enough in itself, the event took place on the back lot of Paramount Studios with a variety of forms of entertainment from multiple stages of live performances, casino style games, live and silent auctions and even a live Ferris Wheel which guests got to ride on. One of the items included in the silent auction was donated by Australis and ProTravel which included a CAPE HORN AND PATAGONIA 4-NIGHT CRUISE ON AUSTRALIS. The trip includes visits to Punta Arenas in Chile, Ushuaia in Argentina, Cape Horn, sailing along glaciers and hidden bays, and more.
Successfully, 4,000 guests and thanks to ticket sales, donations and bids on auction items, $1.8 million was successfully raised for cancer research.

2019 is an important year as this event marked Concern’s 45th Annual Block Party and since it all started, it has raised $68 Million Dollars in salary support to 800 gifted cancer scientists studying cancer. This year, in honor of their lifetime of contribution and efforts in support of the Concern Foundation, Judy Carroll, Lexy & John Carroll & the Carroll Family was awarded with the Lifetime of Giving Award. It took an amazing team of people to bring this event to life and we give our special thanks to all those involved. 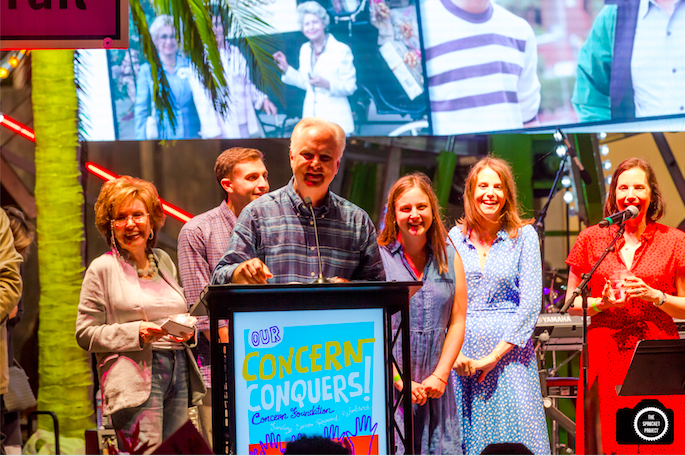 Under the direction of Nancy Eisenstadt, the different food and beverages stands filled the back lot including some of our favorites such as Vibrato Grill + Jazz, Fogo de Chao, STK Los Angeles, Porta Via, Stonefire Grill, Bar Hayama, Gyu-Kaku,Wurstküche and of course the iconic Pink’s Famous Hot Dogs. These are just a few personal favorites but I can assure you it was hard not to stop at almost every booth! This year’s event also featured The Garagiste Festival Micro-Winery Tastings area, Nuda Tequila, Tito’s Handmade Vodka alongside many others: it’s a party after all right?! 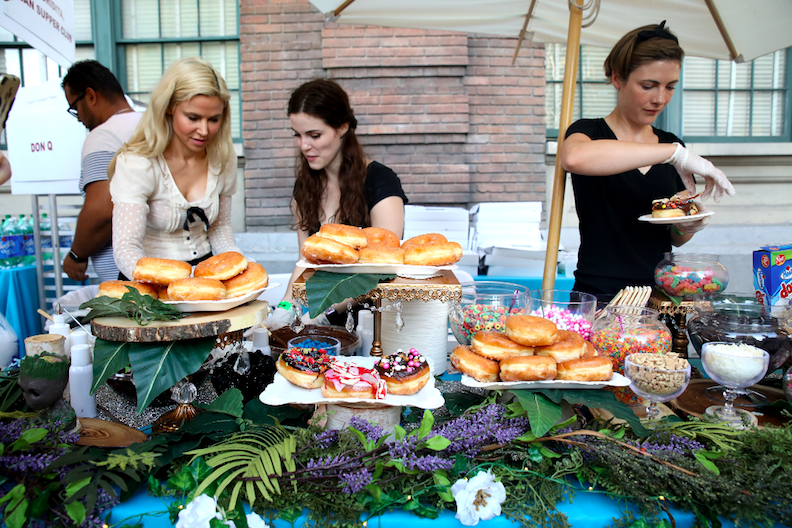 Plenty of musical and interactive entertainment were held on multiple stages from the Tom Nolan Band to The MudBug Brass Band. If you felt a little adventurous, there was Island Ink airbrushed tattoos. Wanting to treat yourself? Spa services provided by Beauty Bus Foundation were also available.

Everyone came with their dancing shoes on as music was heard in all corners of the party. Guests would go from one stage to another, stopping to try new goodies on the way and their unique spirits were colorful, matching the rainbow color scheme. Everyone there was truly California Dreamin’.