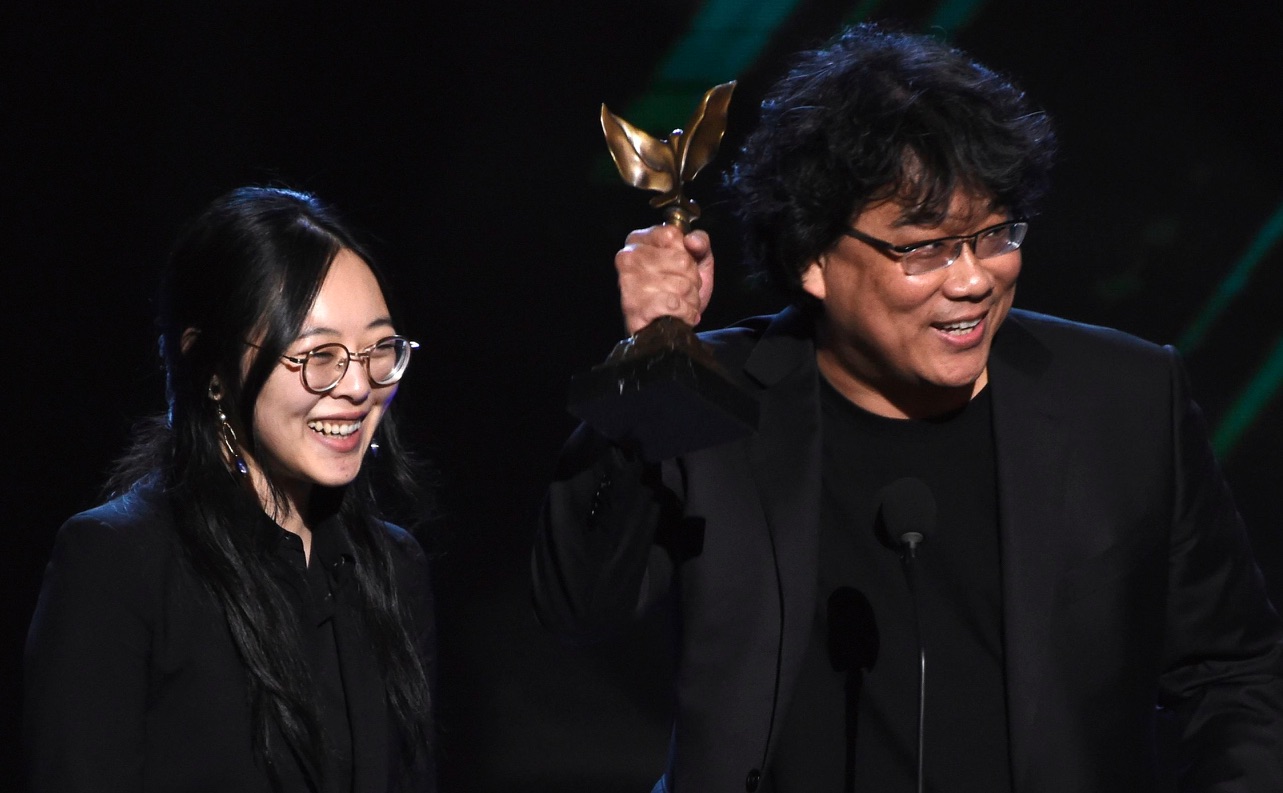 The unsung hero of the “Parasite” gang is without a doubt Sharon Choi. The translator — who is actually a filmmaker — for director Bong Joon-Ho has been on the journey with the cast and crew since the film had its premiere at the 2019 Cannes Film Festival, which was in May. Her tenure for this gig has wrapped now that awards season is over, but that doesn’t mean we’ve seen the last of her.

According to the Wrap reporter Steven Pond, who was covering the Oscars last night and who spoke to Choi, the young filmmaker is working on a screenplay about awards season.

Joon-ho confirmed the reports backstage at the Oscars. “You already know she’s a filmmaker. And she studied film in the university, yeah, so I’m so curious about her script.”

Of course we don’t know yet what the exact premise is, or what the genre would be, or if it would be Korean, or American (the 25-year-old has dual Korean and American citizenship). If it’s somewhat autobiographical (a story about a young woman on a press tour as a translator is a fascinating premise) or a more broad overview of how awards season operates, we don’t know. All we can say is that we can’t wait for what Choi cooks up for us.