Beyoncé’s Speech to the Class of 2020 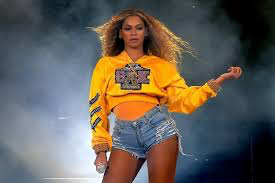 To congratulate this year’s new graduates who have been awarded under special conditions. Barack Obama kicked off the four-hour celebration, which was punctuated by anecdotes, musical performances and words of support from many stars. The celebration was broadcast on Youtube called “Dear Class of 2020”. The former President of the United States reminds us how much he is aware of the difficulties that the students may have gone through in recent months, but he offers them all his support and the hope that he puts in them to improve society.

Beyoncé offered some words of wisdom in “Dear Class of 2020”. She applauded the high school students for the protests and the global crisis they went through to get to this point. But she also encouraged them to work hard and to “believe in your dreams”.

Beyoncé spoke of her own difficulties in getting into the music industry and her plan to make a difference for herself. She wants to give others the opportunities they haven’t had because of the male-dominated music world and the lack of opportunities that so many women and people of colour experience.

Beyoncé proves that one should never stop at failure, but rather continue one’s efforts. “I was awarded 24 Grammys, but I lost 46. That’s 46 rejections. Please don’t try so hard to win, just work even harder,” she said