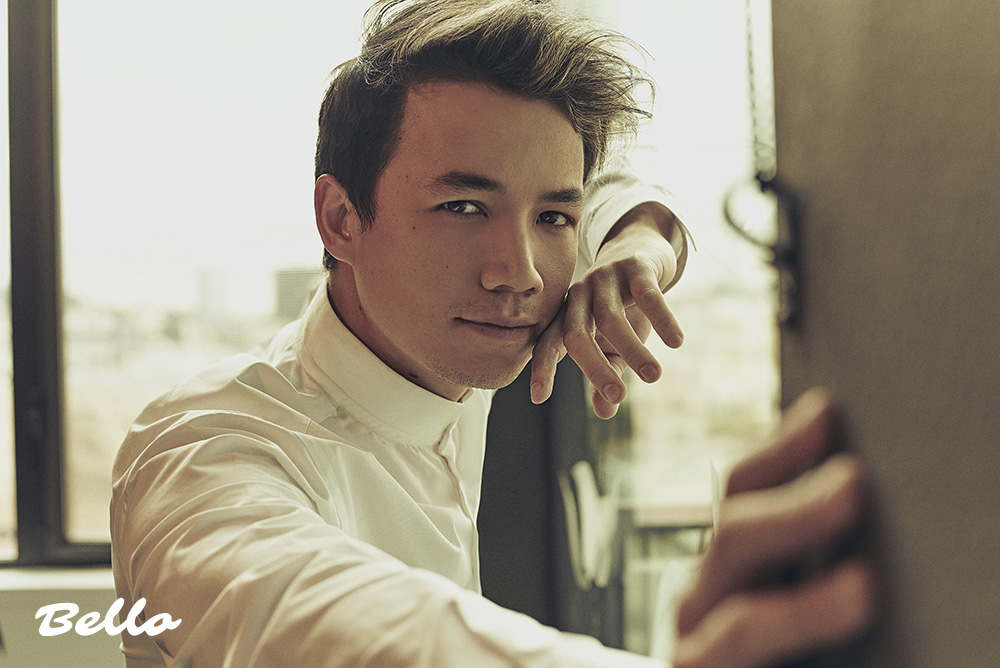 Best known for his role as ‘Zane Park’ in the Canadian drama series “Degrassi: The Next Generation”, Shannon Kook will soon be seen starring in Season 6 of CW’s “The 100”, playing the role of ‘Jordan Green’, which will return April 30th. Born and raised in Johannesburg, South Africa, Shannon ended up moving to Montreal to pursue his acting career at the National Theatre School of Canada. Kook was able to take what he learned in theatre school and use it to his benefit by landing roles such as ‘Duncan’ in Freeform’s “Shadow Hunters”, ‘Trey Teepano’ in Dark Places and ‘Drew Thomas’ in The Conjuring franchise. We talked to Shannon about his role in season 6 of “The 100”. 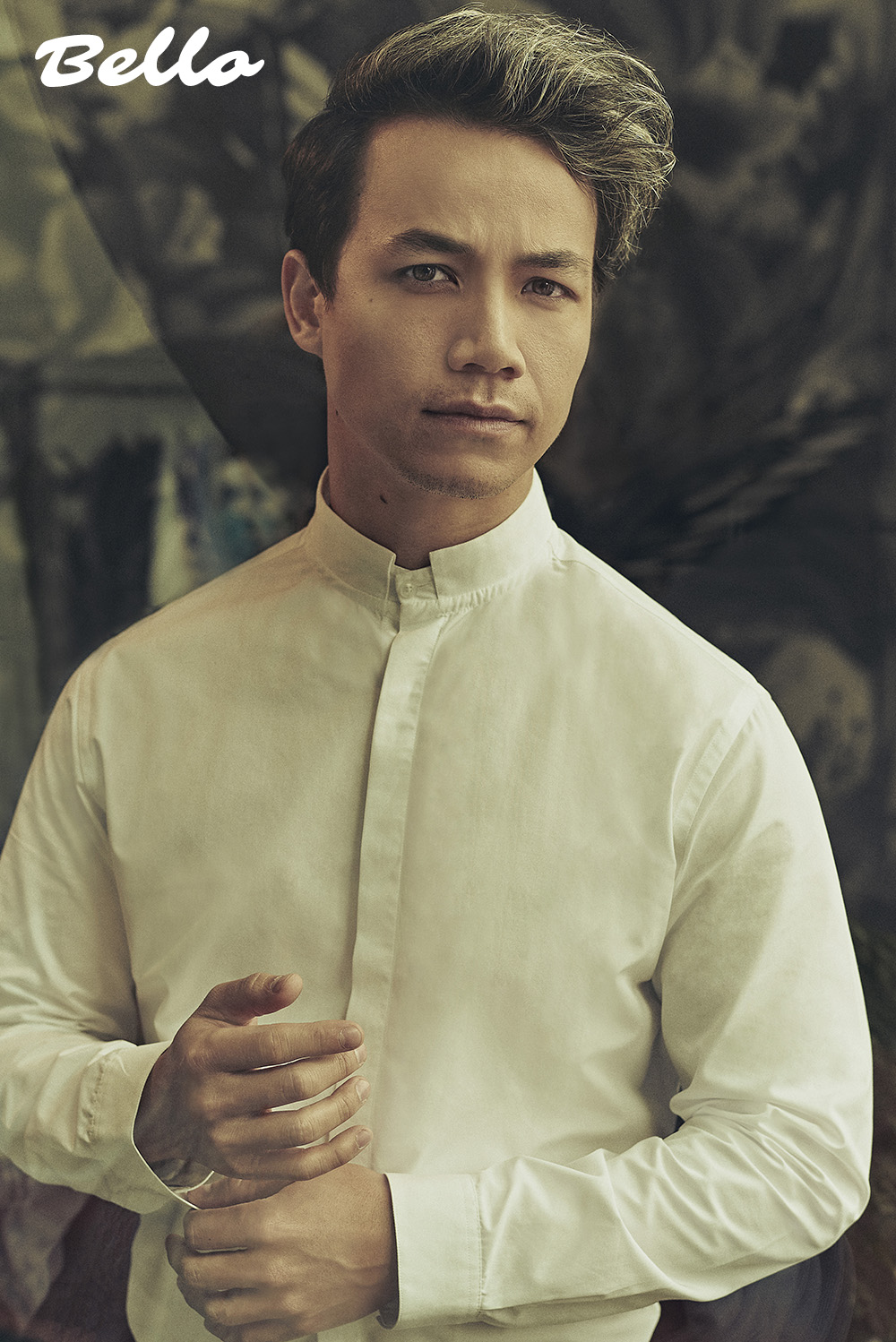 Tell us a bit about playing the role of Jordan Green? What was it Like?

Does your character find himself butting heads with the more battle-hardened personalities in the show?

Jordan is peaceful and loving. No one could butt heads with that. Or could they?

Do you think now was the right time for Jordan to go to Cyro?

It’s a prime time. Besides Jordan’s lack of experience, he’s coming out of Cryo at the same age range as the others, leaving them more on the same page.

What sort of preparation did you do in order to prepare for the role of ‘Jordan Green’?

Besides what you may/may not have seen in the Season 5 Finale, where ‘Jordan’ was introduced, I knew not much more than you did…that meant that preparation was based on how I anticipated the character might be. Which I would then meet with the actual scripts and plot points later on. And shortly before we began shooting Season 6, I was contacted by the show creator Jason Rothenberg with some of the character arc awaiting Jordan in season 6. But prior to that, the way I saw it, if I knew I was going to go down to a new planet, with the history of ‘The 100’, I would be as prepared as possible, in all aspects of survival. My guess was that at the very least, Jordan had somewhat matched his Mother and Father’s skills in science & technology, self-defense & survival, and both of their breadth in spirit for humanity. We always try to shape our children to surpass our strengths, and my hope was to have Jordan not only do that as an amalgamation of two key characters, but to also add something unique to the group and step beyond the beautiful footprints left for him to follow in. Speaking of following footsteps, it’s not just his parents, but those of the heroes he has grown hearing tales of.Heroes he is now meeting and working alongside with. Jordan is an individual. He is not his Mother or Father, therefore he will evolve into his own opinions. But what are his opinions of the characters and world around him? I guess this meant I read up on the characters and actors of the show as much as I could. I stalked everything I could on YouTube. I guess I could call myself a fan or a “Stan” as they taught me on twitter.

Do you think Jordan living a less chaotic life with his parents, prepared him for what was to come?

I certainly do. It may have an emotional cost on him, but his humanity is a large part of what he brings to the ensemble. It’s quite fascinating, since he has the strength and intellect of a fully-grown man, but the heart of someone unburdened and untouched, giving a child-like glow about him. He may not be far from what our heroes were in the sense that they stepped off a ship onto an Earth they had never known, but the difference is that he had known no imbalance and hardship as they had. Jordan has never had to dance between social dynamics outside those of his parents, but I think this also equips him with an earnest nature and curiosity for life and relationship that our heroes from season 1 could now benefit from as a reminder. Jordan serves as a fresh breath of heart, that our heroes may hear less easily within themselves after scrambling to survive for so long. But it’s an important part of the moral compass and what makes our heroes who they are – their humanity…and love, rather than fear. His less chaotic life is all part of what has shaped Jordan into a necessary addition to the team.

Can we expect any intense battle scenes with Jordan?

Intense I can guarantee. What the context of those scenes of Jordan will be…you’ll have to tune in to season 6 soon. 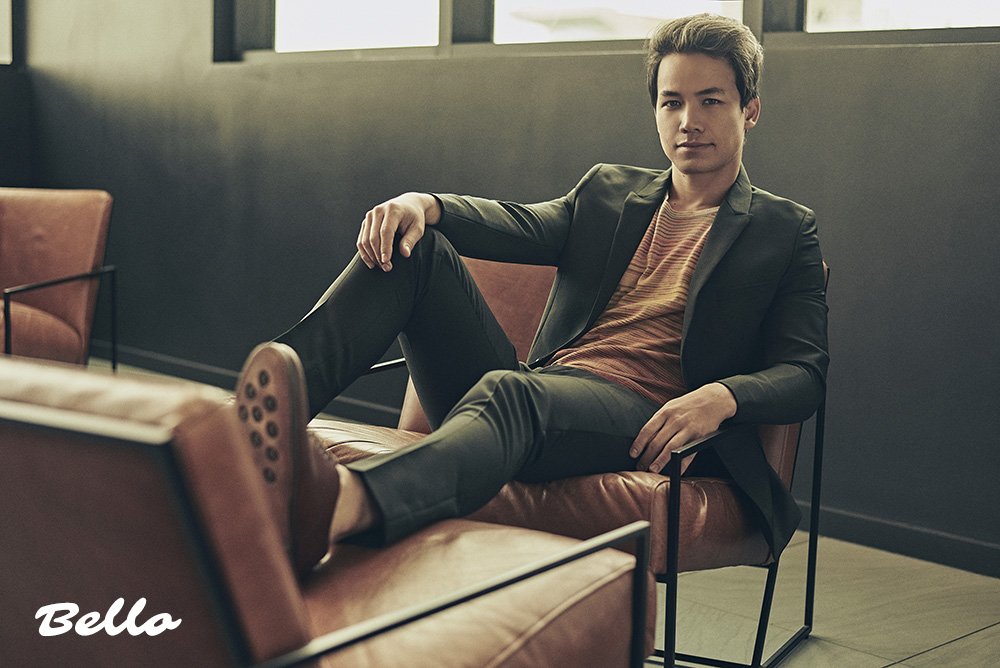 How does this new environment for Jordan take a toll on his relationship with his parents?

I think it depends on his relationship with his parents. It provides Jordan with perspective. But of course, the separation from his parents is still something he needs to come to terms with over the course of the show. He did after all go to sleep seeing his parents and then wake up to meet Clarke and Bellamy ‘the next day’. The reality still needs to sink in. When I left home, I found I looked forward to the simple things most when visiting – like every day dishes my family would cook. Then there was the advice from my Dad, that only made sense on my own with distance. I think the same can go for Jordan. And if I remember correctly, part of the inspiration for this character was the show creator, Jason Rothenberg, saying goodbye to his Son as he left home for University.

We know you originally auditioned for the role of Monty and Finn, after playing the role of ‘Jordan Green’ do you feel as though this character was the role for you? Why?

Heck yes!!! Every time I have gotten into the final picks for roles, for shows or movies I watch to see the trajectory of the actor’s career– I have felt faithful that the Universe had more lessons and paths for me to tread, that it was not my time yet and that my time would come. Becoming an actor takes a certain breadth of faith. Faith that you deserve to be there and that you have what it takes. That the day will come. You just have to bite down and keep at it while others say, “so are you still acting?”, or family starts telling you to start looking into other studies and lines of work. It’s interesting when you look back and realize if you had something at that time, you would be incapable of having what you have now. Which goes for experience, relationships and not just your career. Jordan Green was perfectly timed and to be quite frank, is a treasure for any actor to play. I feel truly blessed and so thankful for how Christopher Larkin welcomed me into the cast with an email and a hand on my back while shooting. He was the perfect Monty and it was always meant to be him.

If you could choose one tribe to be a part of, which would it be? Why?

Of all the tribes…I might go so far as to say the tribe coming up. I’ll let you guess why when you get to know them in season 6. You might agree with me.

Anything else you can tell us about season 6 that the fans can look forward to?

You can look forward to ‘The 100’ and its characters being painted in lights you’ve never seen over the last 5 seasons. I’m so impatient to see how it all escalates and for the fan reactions. Thank you to each of you for your support, whether it’s a tweet or physically flying to meet us at a convention! Please make sure you tune in for season 6. Make your presence known and let’s enjoy ourselves some season 6!