Ally Brooke Is On A Roll! 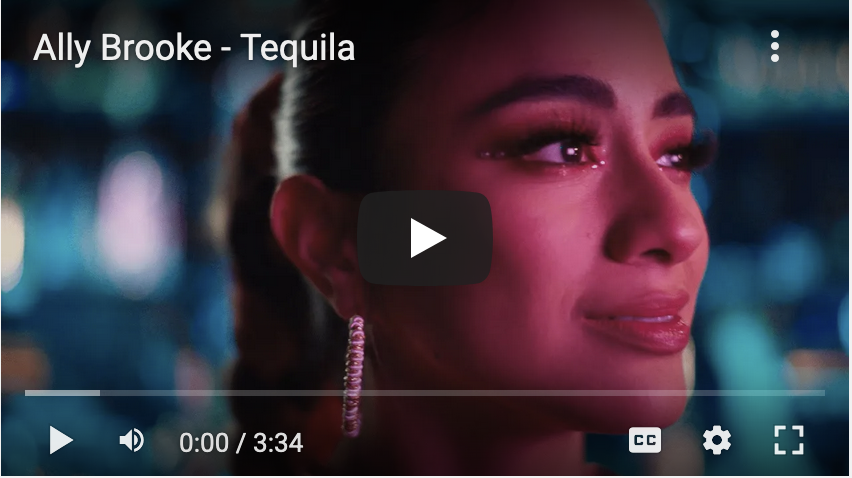 Have you heard multi-platinum artist Ally Brooke’s newest hit singles, “Tequila” and “Por Ti”? The “Tequila” music video has already reached almost 2m views on YouTube within the first 3 weeks!
Since parting ways with Fifth Harmony, Ally has been hard at work on new music while establishing herself as a solo artist. Returning to her Latin roots, Ally is reclaiming her own narrative as the hottest Mexican-American artist to watch this year.
With two new songs dropping in June, fans are going crazy over Ally’s rise! Her eat BELLO, we had the chance of featuring her as a cover not too long ago and it is so beautiful seeing her grow! Gearing up for a major summer ahead, Ally’s first single, “La Cita”, is in collaboration with DJ Deorro in both Spanish and English, while her second single, “Sayonara” is fully in Spanish. We are happy to share a private link with you to take a listen.
Signing with Atlantic Records in 2018, Ally has proven herself as multi-faceted star, from the release of her official debut single, “Low Key”, featuring Tyga, to her best-selling memoir, “Finding Your Harmony”, and a successful run on Dancing With the Stars. Most recently, Ally collaborated with legendary guitarist Carlos Santana on their new song, “Yo Estare”, which premiered earlier this month.
Keep an eye out! 😉