ON: May 15, 2020 BY: Ed Solorzano OBSESSIONS
Entertainment Matt Koger Music 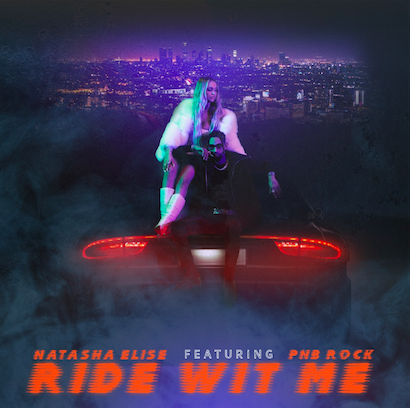 Los Angeles has been known for producing some of the most talented and versatile artists; and Natasha Elise is quick to show why her name deserves to be brought up in conversation as one of LA’s hottest up and coming singers.

After releasing the videos to her songs “Good Riddance” and “Lights, Camera, Action” this past February and March respectively, 18 year old super star Natasha Elise is back again with yet another glamorous and enticing video–showing off the singers dreamy, pop, and hip hop influenced style.

Her new song and video ‘Ride With Me’ (produced by Go Grizzly), features the talent of American born rapper PnB Rock.

When speaking about her new track, the singer has said:

“Ride Wit Me is all about living your life to the fullest and making sure your squad is down to ride. Loyalty and good vibes. No matter what, they should be by your side through it all…this song exudes good energy. I want my fans to listen to this song and just have a good time with their friends. Making this song and video was amazing and I couldn’t stop smiling. I hope that my fans keep on smiling through the song!”

Make sure to check out the video to Natasha Elise’s brand new song, ’Ride With Me’ featuring PnB Rock below.