Walk Off The Earth x “How It Is” 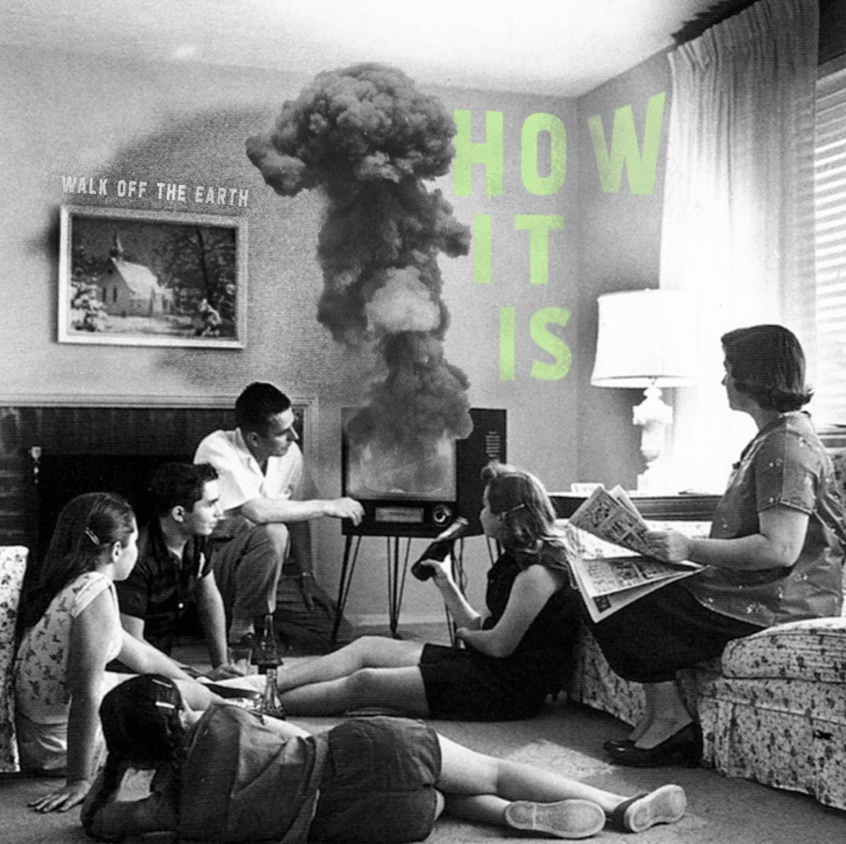 Fresh off the heels of their Platinum-certified single “I’ll Be There,” Canadian indie pop band Walk Off the Earth return today with the release of timely new banger “How it is” available now on all digital streaming platforms via The Orchard. CLICK HEREto listen to the rework of Arthur Lee’s 1972 classic “Everybody’s Gotta Live.”

On the release of their new song, Walk Off the Earth share, “As we look towards the past for comfort and nostalgia, it is always good to remember to be grateful for what you have and that we’re all just a bunch of weirdos floating around on this spinning rock… and that’s just ‘How it is.'”

In 2020, Walk Off the Earth earned two major JUNO Award nominations (Group of the Year and Pop Album of the Year) in support of their highly anticipated No. 1 comeback album HERE WE GO! The eclectic LP yielded the pop hit “I’ll Be There” — which peaked at No. 25 on U.S. Hot AC radio and spent 20 consecutive weeks inside the Top 10 of Canada’s Hot AC radio chart — and marked the band’s highest-charting effort to date debuting at No. 1 on Nielsen’s Pop Albums chart in the States.

The group has since teamed up with gnash for the catchy anthem “Nicknames,” which premiered via Alternative Press and spent 20+ weeks at the top of Canadian radio charts. They recently teamed up with long-running animated series Pokémon to write and produce “Journey Starts Today,” which serves as the official theme song for Pokémon Journeys: The Series streaming now on Netflix. Most recently, the NHL, Pepsi, and Lay’s partnered with the group to announce the relaunch of the NHL 2020 season with an ever-evolving TV commercial that ran throughout the playoffs featuring Walk Off the Earth alongside NHL players Brent Burns, Morgan Rielly, and Darnell Nurse.

About Walk Off the Earth
Juno Award-winning multi-platinum phenomenon Walk Off the Earth is taking the world by storm. Based just outside of Toronto, the band gained worldwide attention with their brilliant 5-people-playing-one-guitar interpretation of Gotye’s “Somebody That I Used to Know” exploded on YouTube, garnering nearly 190 million views. Since then, the band has released a string of successful original songs including, “I’ll Be There,” “Red Hands” (#1 at AAA), “Fire In My Soul” and “Rule The World” (multi-platinum in Canada); sold out venues across the globe, from Red Rocks to Sydney Opera House to Wembley, and collaborated with some of the biggest artists in the world including Keith Urban, Snoop Dogg, Nicky Romero, and Steve Aoki. Walk Off the Earth have nearly 1 billion cumulative YouTube views, 8 million social subscribers, and have sold over 1 million records worldwide.

Listen to “How it is”
Pivot Link