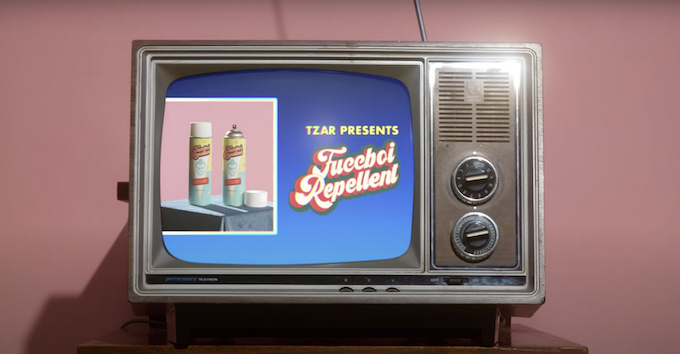 Set to debut on International Women’s Day, and with the record heating up on Tik Tok with #FuccboiChallenge, the video takes the challenges concept one step further by pointing out different types of Fuccboi’s women encounter, and is a playful push by TZAR for women to rid themselves of their toxic relationships. 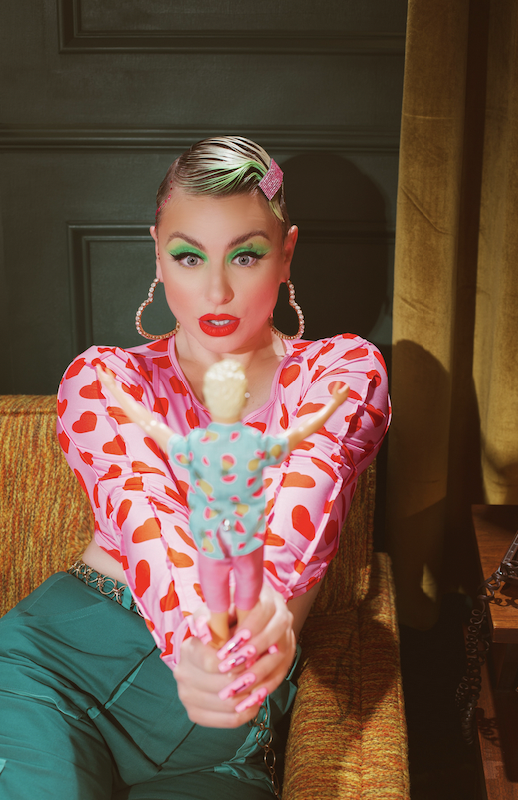 TZAR writes about the video “My girlfriends and I were watching reruns of MTV’s “Next” and couldn’t help but feel like even today, the same types of dudes exist – it’s almost like it was a foreshadowing of a character profile for each guy you see on Tinder. Next thing you know, I’m on set of this video making a cheesy infomercial for Fuccboi Repellent with Ken Dolls who were all perfect embodiments of modern day fuccbois. All jokes aside though, to me the video and the song aren’t really about the fuccbois themselves, but about the ability to realize who & what we allow around ourselves and making sure to get rid of harmful people in our lives.”

The highly stylized, late-night, made-for-TV infomercial for “Fuccboi Repellent,” breaks down the stereotypes of new-age Fuccbois modeled by actual Ken Dolls you can purchase. With bullet points inspired by the moment when contestants walk out of the bus on MTV’s iconic reality TV-show “Next,” the Fuccboi’s each have their own characteristics and moments of infamy. Directed and shot by Jonathan Joiner & with visuals by Deanna Hjerling, the video includes stop-motion photography, neon-retro esthetics and urges you to visit www.fuccboirepellent.com for a surprise. 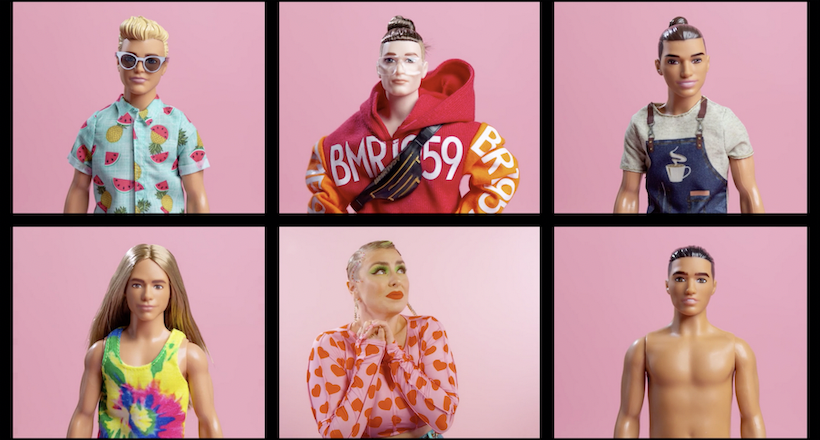 Debuting the official audio for “Fuccboi Anthem” on February 26th, the single is already becoming a hit with EUPHORIA Magazine calling “Fuccboi Anthem” the “perfect song to break up with your man to” and the song has also received radio support from KROQ, as well as playlisting across Apple Music & Spotify’s New In Pop and NMF playlists.

Working alongside multi-platinum producer Djemba Djemba (prod. Sia, Madonna, Britney Spears, Justin Bieber), TZAR is paving her own unique lane in the industry with her glittery, 1980s-inspired pop hits. Originally born in Moscow and later immigrated to the Bay Area when she was seven-years-old, TZAR became a local staple in the music industry as both an artist and songwriter. She has written with other high-caliber acts including KSHMR, Zed’s Dead, JOHN K, K. Flay, Promnite, Falcons, JULiA LEWiS and Hoodboi. Her work and collaborations led her to perform at places such as Red Rocks (her debut performance as TZAR with Zeds Dead), The Warfield in San Francisco, and both The El Rey & The Regent in Downtown Los Angeles.

TZAR’s official music video for her single “Fuccboi Anthem” will be available to stream exclusively via YouTube on Monday, March 8th.