Walk Off The Earth Hits #1

ON: October 8, 2019 BY: Alexandra Bonnet OBSESSIONS 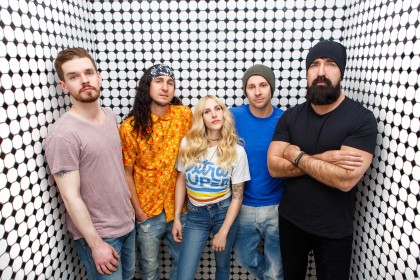 Multi-platinum pop band Walk Off The Earth has two chart-topping songs this week. “I’ll Be There” tops Apple Music’s Breaking Pop and A-List Pop playlists while “Home Alone” stands atop Spotify’s Contemporary Blend and Indie Pop Playlists. Both hit songs come off the band’s highly anticipated album, HERE WE GO! The band will be dropping their first album since the death of band member, Mike Taylor, on October 25th.

Walk Off The Earth shares that this new album is a collection of songs about love, life, loss, and “straight-up kicking ass.” The LP will explore folk ballads and EDM drops while staying true to their signature pop sound. Their first album in 3 years will include hits like “I’ll Be There,” described by Entertainment Weekly as “the band’s spiritual return to life.” Earlier this summer, the band kicked off the album release with “Mike’s Song,” helping to raise thousands of dollars for MusiCounts-Canada’s music education charity in honor of their former bandmate.

The band, coming off a summer world tour, started as a Youtube sensation with a guitar interpretation of Gotye’s “Somebody That I Used To Know. Since then, Walk Off The Earth has taken the world by storm. Hit songs include “Red Hands,” “Fire In My Soul,” and collaborations with huge artists like Snoop Dogg and Steve Aoki. Late last year, the band’s keyboard player, Mike Taylor, died unexpectedly and the band decided to use their platform to honor his legacy and continue making music. Walk The Earth’s independent spirit, melodic stylings, and uplifting creativity will push the band to new horizons this coming year. Stream Walk The Earth’s latest singles now, and don’t forget to listen to HERE WE GO! October 25th.