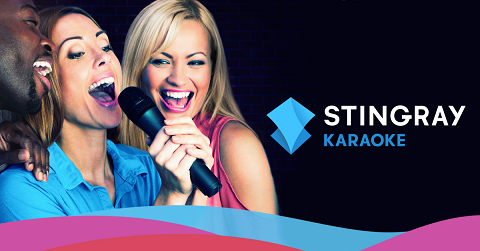 Stingray wants to do its part for families and individuals in quarantine or voluntary self-isolation during the COVID-19 outbreak. Starting today, Stingray will give one-month access to free content in three of its popular apps: Stingray Karaoke, Stingray Qello, and Stingray Classica. This offering will provide much-needed entertainment for the whole family from the comfort of home.

The Stingray Karaoke app’s entire catalog of over 50,000 songs will provide hours of fun for those looking for ways to pass the time and lift their spirits during work and school shutdowns. For concert-lovers, Stingray Qello will unlock popular titles of full-length productions with a special focus on artists who have canceled or postponed their shows. Viewers can relive Madonna’s Confession Tour, Miley Cyrus’s Bangerz Tour, or watch the documentary Sensation: The Story of Tommy, featuring The Who, amongst many others.

For classical music aficionados, the Stingray Classica app offers hours of breathtaking shows that will delight both young and old. Viewers can tune into Verdi’s La Traviata from the Teatro Real Madrid, concerts from the London Symphony Orchestra, as well as fascinating documentaries about legendary musicians, such as Maria Callas and Yehudi Menuhin.

The apps’ catalogue include a wide range of styles and genres, including:

Stingray Karaoke can be downloaded from the App Store and Google Play. Unlimited access to the entire song catalog is available until April 18, 2020.