He’s Got It
By Sam Spotswood

As a seasoned actor, Taylor Frey has been part of many impressive projects, including the upcoming sequel to It, It: Chapter Two, with the likes of Jessica Chastain, James McAvoy, Bill Hader, and more.  His professionalism and intensity bleed into each of his roles, all of which are part of Frey’s goal to be part of projects that excite and inspire him.  We got to talk to Frey about his experience on It: Chapter Two, his life outside of acting, and his hope for his bright future.

You’ve been a part of many popular shows and movies, including Days of our Lives, G.B.F., and The Carrie Diaries.  Do you think these prepared you for your first feature film, It: Chapter 2?

Frankly, nothing could have prepared me for shooting IT: Chapter 2. It required a whole new level of committing to the circumstances and the character. It was an intense shoot, as the nature of the material was so graphic. I’ve loved the projects I have been in, but I arrived on set for IT and quickly was thrown into a literal bloody mess.

What was it like for you to act alongside such seasoned veterans like Bill Hader, Jessica Chastain, James McAvoy, and more? Did you get to learn anything from them?

My character’s event is what brings the adult losers back into Derry. So, my shooting was separate from their work. I played opposite Xavier Dolan, who was a fantastic partner in crime. It is cool to be in such good company, however. I have watched their work for years (Jessica, James, etc.) so to be in a film with them is a win.

Obviously It is quite a scary, heavy film.  Did you and your costars do anything to relieve the tension in between takes or off set?

Xavier and I were pretty good at enjoying ourselves between takes. There was no other choice really. It would be too much to do intense work only to have your in-between moments also feel so serious. We would hang out during the day before the night shoots to enjoy the experience of shooting such an epic film. Also, it was the salmon river run in Port Hope that week (I did have to jump into said river for part of our scenes and I did smell like fish for awhile.) But, on an unrelated note: watching those salmon work so hard to get upstream against all odds and a massive current kind of astounded me.

How do you begin to prepare to put yourself in the mindset necessary to deliver in a horror film?

Luckily, IT: Chapter 2 is so much more than a horror film. Especially for my character, it’s based on a real life event that Stephen King wanted to include in his novel. I was easily able to connect with what happens to my character because it’s not really a stretch in today’s America. Crazy things are happening, and it’s no longer difficult to get in a horror mindset when you wake up in real life, turn on the news, and a horror film is seemingly playing on repeat daily.

The most challenging part of the role was trying to make sure I had enough voice take after take to keep committing and screaming the way I naturally was when I was so in the scene. It all felt very real. Also, there were a few times I had to react, horrified, to something that wasn’t there. But, that’s why bringing your imagination so tightly into focus that it’s real to you is pivotal in situations like that.

There is nothing like a live audience. Your energies just bounce back and forth right there, in that moment together in a theater. It’s all happening in the moment, you can’t pause or rewind or fast forward. I love that about theater.  It requires being truly present in the now to enjoy it. However, doing the same exact thing 8 shows a week can wear on you. I LOVE film though. I love the reach that kind of storytelling has. While I hope all my acting (fingers crossed) comes from truth, I find it easier to be centered when it is for a camera close on you, instead of 1500 people in a theater. It’s feels more authentic to me.

Outside of acting, what are some of your hobbies?

I own a business that helps infertile couples or gay couples expand their families through IVF. It’s called Elevate. It’s been an incredibly gratifying venture, as we have seen people obtain pregnancies who never thought they could. It’s amazing seeing people become parents who have been trying for so long. I feel passionately about helping the right kind of humans to bring new life into this world. We need a new generation raised by loving, open-minded, smart people for us to build a better future. As the song goes, “What the world needs now, is love, sweet love. That’s the only thing that there’s just too little of. No not just for some, but for everyone.”

What are your goals for the future of your career?

I want to continue doing projects that mean something to me and inspire me. I’m at a point in my life where I am pretty specific about what I’d like to be a part of. I feel free, and it’s improved my craft. Goals aside – I am just excited to see what is next. 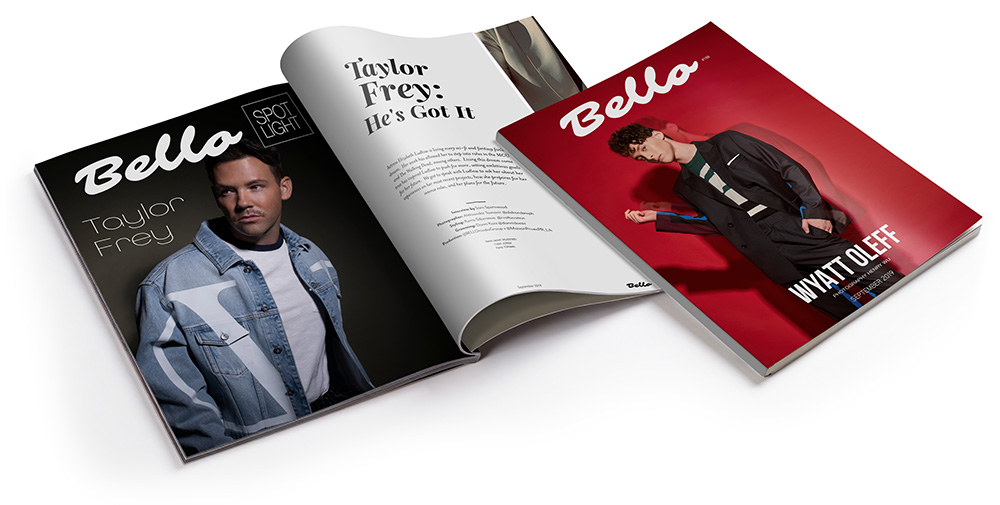