Picture this: your plane lands after a fairly conventional flight, just with a bit more turbulence than you are used to. Upon arrival, you are told that your plane has been missing for five and a half years and all of your loved ones believed you were gone forever. However, you and everyone else that was on your flight haven’t aged a day. This is the basis for the NBC series, Manifest, that premiered last September. Michaela Stone, played by the incredibly talented Melissa Roxburgh, is one of the leading roles alongside Josh Dallas, that is forced to navigate through this unexpected, and unexplainable, crisis. I had the pleasure of speaking with Melissa about all things Manifest, inspiration, and more.

Roxburgh knew she wanted to act from a very early age, noting, “I wanted to get into the industry ever since I was young. I was that crazy kid who stole my mom’s home video camera and forced all of my siblings to be in my horrible movies that were about absolutely nothing at the end of the day but I thought they were genius at the time. [My parents] forced me to finish high school which I thank them for. It was really a drama teacher in grade eleven that encouraged me that I could do it as a career. That’s when it dawned on me that I loved it and I could be good at it. Thankfully, I fell into the lap of this acting coach who became one of my best friends and she poured encouragement into me.” Little did she know that years later she would be part of a project as unique as Manifest.

Manifest’s unparalleled narrative and character writing is what drew Roxburgh to the role of Michaela Stone. “I read the role and for me the concept itself was something that I hadn’t seen before. It was written in a way where it wasn’t so far out of the realm of possibility. The way that [Jeff Rake, creator] had written it was so grounded in these characters that seemed so real with what they were going through, the way they spoke to each other, and the way they dealt with situations.” As for the role of Michaela, specifically, “She was not an idea of a strong character. In fact, she was pretty much the opposite of a strong character but underneath all the flaws they wrote into her, you can see her trying and I thought that was refreshing.”

Roxburgh’s interest in Michaela’s character was heightened when she realized just how many similarities they shared. “We’re alike in a lot of ways. She was raised in a religious household and my dad’s a pastor. I can relate to her on that front of not being so sure where you stand with your faith, especially given all the failure you’ve had in your life and feeling pressure from your parents to be better.” Roxburgh could even relate to Michaela’s sibling dynamic on the show saying, “She’s a second child in the show and I’m a second child in real life so living under your older sibling’s shadow was definitely something that hit home for me. I liked that she’s a flawed, but trying character. I can definitely relate, as we all can, to the fact that you keep messing up in life but you really are just trying to do better and be better.”

While she has found points of similarity between her and Michaela that helped with connecting to the role, playing the part has had its challenges. “It’s the first time I’ve ever been a lead on a TV show and so off-camera I’ve learned a lot there. The head cast has to uphold energy and uphold the integrity of the show to the crew and to everyone around them and also take care of themselves at the same time. That’s been a really exciting challenge for me.” Through these challenges, Roxburgh expressed her gratitude towards her co-star and on-screen brother, Josh Dallas. “Josh Dallas has been through all of [this] before. He’s been the best co-star to have because he’s really been the older brother that I never had. He’s taught me a lot.”

Being so well versed in the entertainment industry by this point in her career, I sought to find out what Roxburgh’s advice would be to other aspiring actors or, possibly, her younger self. “My advice would be to stay innocent. I think that you forget the wide-eyed version of yourself that just looks at the world very specifically, in a way that’s just wonder and excitement and curiosity. I think that you forget that part a little bit just with the business side of the industry.”

While her successful career keeps her extremely busy, Roxburgh makes sure to take the time to do the other things she is passionate about. “I’m from Vancouver, Canada and there’s a lot of hikes there. I try and find something outdoorsy in whatever city I’m in. I love getting up to the peak of somewhere to look over a city. It helps me find a little bit of peace. I’m a runner as well. I love running. Honestly, with working so much, it is nice to just hang out with friends and do things like bowling or grabbing dinner.” In addition, Roxburgh has ambitious plans for the future. “I started to think about what else I want outside of Manifest and I’m starting a company with my friend so I’m excited to start a venture with her. I also work with the IRC [International Rescue Committee] and I think this year they have a trip coming up that I might be joining them on. The way that they run their organization is awesome. I’m excited to get more integrated into that.”  Roxburgh is sure to have a big year ahead of her filled with more opportunities and projects that we can all be excited to keep an eye out for.

Manifest has been renewed for a second season! 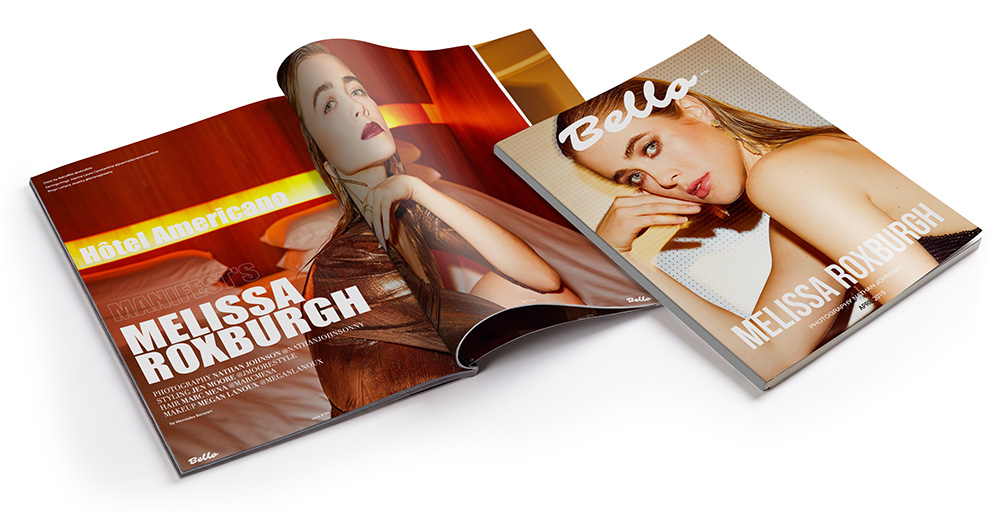