Ester Expósito: Maintaining Her Fire Within

When you know what you want to do with the rest of your life, there is nothing nor no one that can ever stop the fire burning within you. Now, imagine that flame lighting within you at a young age…You see your path and you just go for it, fearlessly. For Ester Expósito, la Marquesa in the blood-pumping Spanish series, ELITE, it was at the age of four that she knew she wanted to become an actress. Just like her character in the show, she knew what she wanted and would not back down from achieving her dream.

“I knew I wanted to be an actress,” she shared looking back on where it all started. “I did not know what was the starting point, I just knew that it is all I ever wanted.” Having started off with theatre classes, it was only later on that Expósito found herself a manager and more. After all, her parents wanted her to live a “normal” childhood before getting into the whole glitz, glam, and craziness of the film/television world. Nonetheless, the motivated and passionate young girl could not wait to finally live her dreams.

It is clear that acting is much more than a career path for Expósito. It’s part of her purpose in life, what gets her adrenaline going, and what fulfills her the most. It challenges her all the while allowing her to tap into different worlds, characters, perspectives, and more. After all, just like her character Carla in ELITE, the beautiful talent loves “adrenaline and strong emotions,” as she put it. When asked what really gets her “blood pumping,” there was really one answer that came to mind: acting. With excitement in her voice, Expósitio exclaimed “It’s a constant risk; you are constantly pushing yourself into new adventures and challenges.” Furthermore, every time she steps foot on set, she is “kept a live in some way” by every new project, working with a new director, new scene, and so on. There is not one experience that feels like a routine or bore…just a new adventure.

And different adventures she has had! Sex, murder, drama, love, and more on ELITE are just the preview of what lies behind the infamous series. From beginning to end, Expósito has had a strong connection to the story and with the cast and crew. “We were all there when the other actors were working on their character, so we were there to see the process of every character being developed, and we all participated in it,” she opened up in regards to her experience on set. “We were all connected to a piece of the characters because we worked on them and their pasts.” Add on intense rehearsals with the directors that happened three days a week for almost a month to the chemistry between the actors and you have yourself an undeniably beautiful project.

Miguel Bernardeau, who plays the character of Guzmán in ELITE, was someone with whom the young actress got along with a lot. Over the years, they had developed a relationship like that of a brother and sister where they “had a very funny game of teasing each other. (They) were always fighting but in joking terms,” she shared laughingly. On and off screen they would hang out and constantly share memorable moments with each other. Of course, this was one particular relationship that developed more but overall, everyone became a tight knit family. But there was one more person who took a piece of her heart and that was her character, Carla.

“This is one of the characters that I enjoyed playing the most. I will love her forever and always remember her,” expressed Expósito wholeheartedly. “There will always be a part of her in me because it was a special process for me.” Getting to play this role was truly a dream come true. You see, for the starlet, what drew her most to Carla was that she had a lot of depth to her. As she continued on, “there is a problem with female characters who are usually represented by stereotypes,” but Carla could be peeled back like an onion as you unravel the many layers to her. In a world where women are still fighting to be equals and earn the full respect they deserve, this was a big step for Expósito. She also learned a lot through her character’s strength and recognized that the both of them were similar in the way that they are not impulsive.

In her upcoming project, SOMEONE HAS TO DIE, the starlet does a 180 as she tackled a character who is impulsive and does not think of the consequences. Unlike Carla, this character does not second guess nor care about how her actions affect others. This experience was unique as it was Expósito’s first period series where she “could really learn about and a woman at that time and how she was very different from women today.”  Women today, women today. It’s safe to say that despite the progress made, women still face a mountain of obstacles to reach full equal respect and more. While Expósito looks forward to working with different directors and actors/actresses that she admires and to share her good moments with others, acting also allows her to build a platform on which she can promote change.

“I also want to fight for and use my voice to continue moving forward in the feminist movement,” she said boldy. One of her biggest wishes is to be able to bring her children into a world “without inequality and injustice.” Whether she has a son or daughter, it is crucial that they understand the feminist movement and hopefully grow up surrounded by people who understand it too. This is one way for Expósito to show her love as after all, love is a very important factor in our lives. Whether it be how we receive it or how we give it, love is the source of many things.

Whilst discussing what love means to her, the shy actress admitted, “I am not very expressive. I am a bit shy, I keep those things more with me.” Nonetheless,, just as most people, she needs love too and the most important motor of it for her has been her parents and family. “It is more of an unconditional love.” Admiring their strength, intelligence and kindness, Expósito’s parents represent the source of light and motivation in her life. Always supporting her no matter what, there is no surprise that she wants to spend as much time with them as possible. For this year’s Holiday Season, things have changed but luckily, they were able to spend them In Madrid with a few members of the family.

From Spain to the United States, Ester Expósito has made a name for herself as an empowered woman and voice, an actress, and human. Her style as an actress mirrors her fashion sense in which she enjoys “to change, to be very versatile.” Even though she may not be as expressive in the love department, her heart grows bigger every day as she tries to make this world a better place for all without inequality and injustice. As we sit here about to enter a New Year, take a moment to think about those in your life that bring you true joy and love…and let them know. We have to remember that in life we need those connections with others from family to work and more. Ester Expósito is a powerful and talented woman who has a fire within that no one nor anything can extinguish. 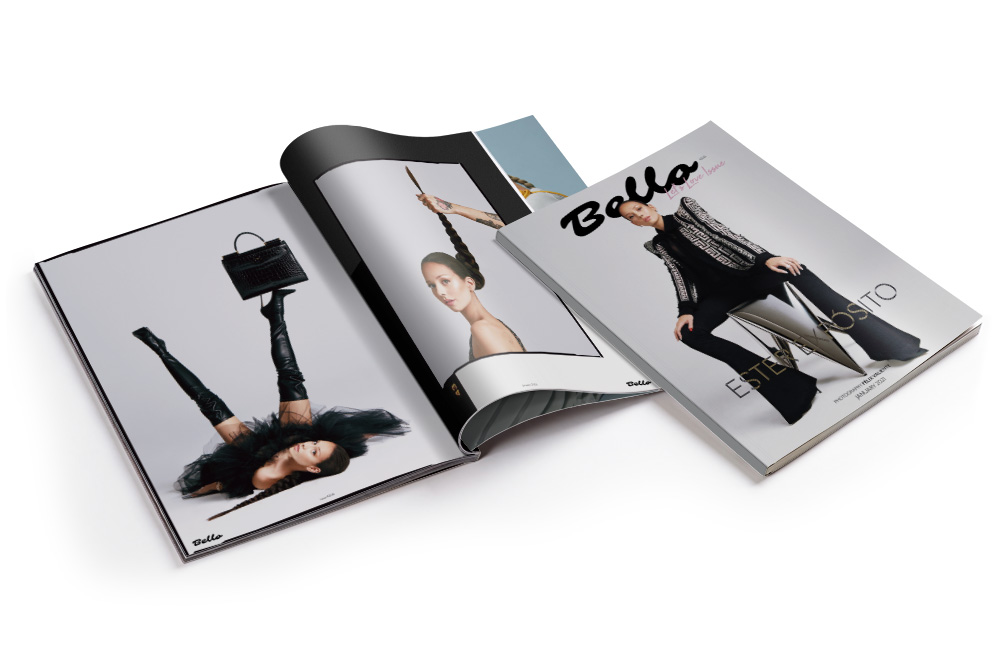