Good vibes? Check.
Great styles? Check.
Fire Burning Within? Check.
Are You Ready For This?

The vibrant trio, CHEAT CODES, is about to release Part I of their three-part debut album, Hellraisers. Named after the nickname their late manager, Michael Theanne, gave them, the album holds a special place in their hearts. “He always just supported us every time we had an idea, or wanted to get something done,” shared Trevor. “We would be hanging out at his house with his beautiful baby and his beautiful wife,” added Matt. “He was just one of those managers that felt like family.” And as Kevi ended, “He was like one of our brothers.” Family, love, and support…what more could you ask for?

Evidently, the boys avoid going “by the book” as they channel their own creativity and push the boundaries of music. Trevor, Matt, and Kevi all come from different musical backgrounds, which they will be able to showcase through the different parts of the album. As Matt explained, “Kevi used to do hip-hop, rap. I used to actually make beats for him back in the day and Trevor used to do acoustic music.” A beautiful blend of musical talents, the trio is also collaborating with renowned artists such as Tinashe, Au/Ra, and more. With 30 songs set to release, this will be the most music the boys have ever put out in a year!

Before becoming an official trio, the boys were on their own paths which, as fate would have it, would intersect time after time. “I met Matt when I was sixteen,” shared Trevor. “ I was touring around the country in a van playing acoustic music.” And it was in a St. Louis Cicceros Pizza where the two artists, who were both performing there that night, met. A few years later, through a mutual friend, they met again in Los Angeles where Matt’s first words were: “Hey! We met in Cicceros Pizza. What a small world!”

Soon enough, it would become official that Matt was the ringleader in all the boys getting together. “Before social media was really a thing you would go to pop punk shows and you would network,” he shared. “That was kind of the way and that is how I met Kevi.” At the time, Matt was working at a studio and in came Kevi in need of some beats for his rap! Unfortunately, they had some issues with the producer on the project which led to them taking him to small claims court…and they won! “A “Judge Judy” type of show had even offered for us to be on one of their episodes,” chimed in Kevi. Ha! How funny would that have been!

“You have to meet Kevi. He is going to be my best friend, you are going to love this guy” were the first words Trevor heard when picking up a phone call from Matt. An unusual call it was as he had never heard him talk about someone like that…ever. “It was like fate,” Trevor added with a smile. “We just skipped all the steps.” When he landed in L.A. and started rooming with Matt, CHEAT CODES had already been set in motion…one more addition and boom! The dynamic trio was created and not too long after, they released their first single “Visions.”

This was a very exciting time for the boys as thanks to Kevi’s friend, they were introduced to the DJ world, something they had never thought of before. You see, each of these boys were not only performing non-dance music, they also had grown up in more of a world of punk/pop/rock. For all of them, it was around the early stages of their teens that they discovered their true love and passion for music. Trevor and Kevi were part of families that were big into music and Matt had known from the age of nine that he wanted to be part of this world as he played the Backstreet Boys Millenium CD over and over again.

What really solidified his choice of career was when, after attending a “First To Last” show (which was the band Skrillex originally started in), “we had a short convo where he got on the Tour Bus after, kind of drove away and I was like this is what I want to do!” Matt exclaimed. Living the life, yeah! For Trevor, it was his first live show where he saw “+44” and “The Matches,” that he knew this could become a career for him. And lastly, Kevi’s brother was in a rock band and after seeing them on tour, “I thought, wow this is a cool lifestyle,” he shared with a laugh. And thus three young musicians had come alive!

Now, over 10 years later, they find themselves living out those childhood dreams as they have already collabed with amazing talent, put on spectacular shows, and continue to create music in the most natural way. Luckily, most of the artists they have worked with have always linked smoothly. “Being able to work with artists that have something to offer and have their own sound and style is really important to us and being able to make something special and unique,” shared Trevor candidly. And that also goes for when the boys create musc just them three… Always open to what others have to bring to the table, it’s their openness to it all which, in my opinion, makes them stand out!

“We have an abundance mentality with it too where it’s like if we don’t love something,we just make more of it, try more.”-– Matt

“We seem to agree on what is good and what isn’t.” –Trevor

“We got the same kind of taste.”–Kevi

Being able to work so beautifully with each other and other artists is where the magic truly happens and when they perform… it shows. Speaking of performances, there are some shows in particular that stood out for the trio. The first one being Lollapalooza in Chicago…Set against the skyline with one of the biggest crowds they have ever seen, they were mesmerized. As Kevi added, “It was so sick because Chicago goes hard for us every time we go down there.” After the release of “No Promises” featuring Demi Lovato, they played the Jingle Ball Show in Madison Square Garden which “was wild.” Lastly, as Matt pointed out, their international shows also have a special place in their hearts… “Dance music and music in general is a global thing and if you can appeal to everyone around the world it is a very special feeling,” he continued. “Especially when their first language is not english and they are singing your songs!” Goosebumps.

CHEAT CODES is a trio made from heaven as their worlds melded together oh so perfectly. Both in their personalities and musical talents, Trevor, Matt, and Kevi have created something like no other as they continue to transcend through time and in the world of music. Excited to share all three parts of Hellraisers, the boys will also be launching a new podcast on their Youtube Channel so keep an  eye out! Let’s get this party started! 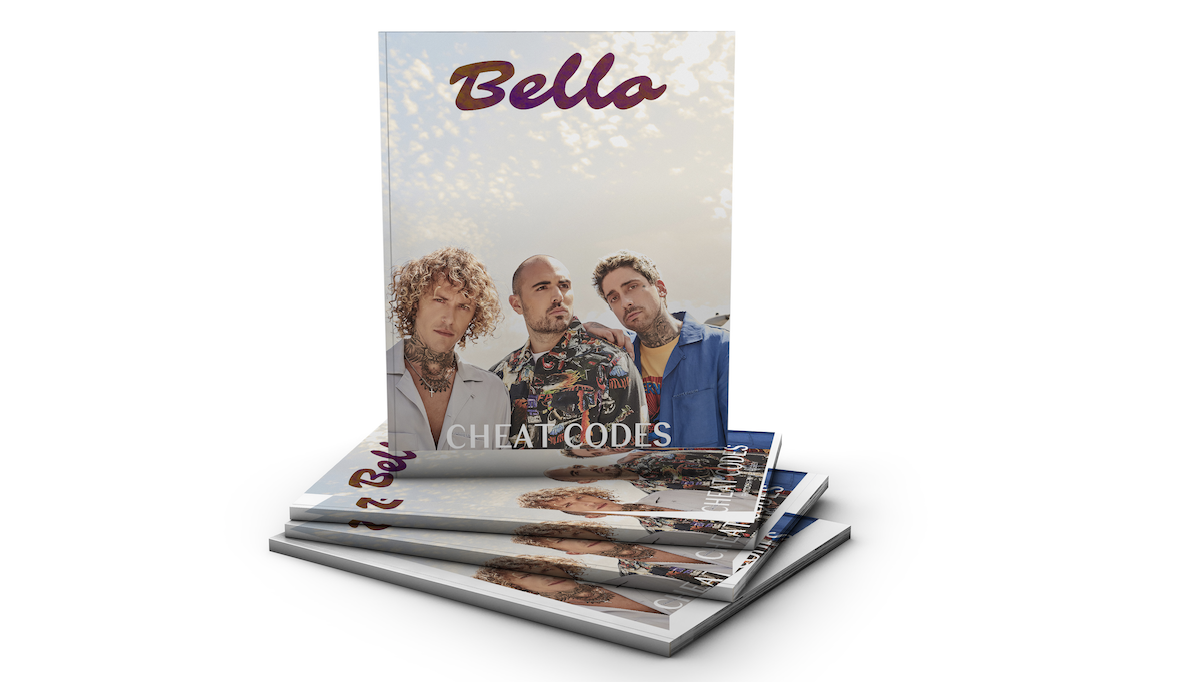