If you watched 13 Reasons Why, you probably had a crush on the cute baseball player Jeff Atkins. The guy behind Jeff is Brandon Larracuente, and he lives up to all of the nice guy standards that his character had set. He shares with us how important it was to tell the story of 13 Reasons Why, which has caused loads of controversy since it first premiered. Brandon will continue making an impact with his next role in “Party of Five.” See what it takes to land a role, and look good while doing it, with Brandon Larracuente.

How did you break into the industry? What was your first big role?

I broke into the industry playing Ben Rayburn on Bloodline and was cast off of a self tape out of Florida. However, the role that put me on the map would have to be Jeff Atkins in 13 Reasons Why .

You played Jeff Atkins, the lovable baseball player, in “13 Reasons Why.” Describe what it was like to be a part of such an impactful show?

It was an incredible experience to be a small part of such a meaningful show so early in my career. I felt honored that I was chosen to help tell such an important story.

What would you say to people who think that the show is controversial?

I would say that sometimes being uncomfortable or feeling pain watching something teaches us lessons that can help ourselves or others in life. Everyone poured so much love and good intention into that show. However, don’t watch anything you think you can’t handle or that might trigger you.

In what way, do you believe it was important to portray these events?

I think it’s important to show the truth and severity of situations in life so that we can learn and think twice about our actions.

Jeff was one of the most memorable characters on the show for actually being kind. How do you feel about his tragic death? Why do you think the creators chose this direction?

I think that making the likable character  tragically die at the hands of a bad decision is more impactful than someone who’s disliked dying on screen. This showed the rippling effects of one persons decisions on an innocent persons life. It creates reflection and conversation.

What is the most important lesson you have learned as an actor, so far?

Be in the moment, be prepared and take mental health breaks.

You’ve been casted in the Freeform reboot of “Party of Five.” Tell us about who your character is on this show.

My character is Emilio Acosta, the oldest of the 5 siblings. When his parents are deported to Mexico he has no choice but to step up and parent his brothers and sisters regardless of what he had planned for his own life.

This has felt like my greatest responsibility to a project thus far. There are so many broken families who deserve their story to be told honestly. I don’t take that responsibility lightly. I am grateful to be a part of this project.

Outside of acting, what are you most passionate about?

Spending quality time with my loved ones and traveling. Spending so many hours on set means I have a job to get home and spend time with my pup, my partner and call my family. As well as in my free time vacationing, seeing the world and becoming more cultured. I’ve also recently picked up photography as a new passion and have a photography page I love updating.

What is the best advice you can give to someone aspiring to be an actor?

Put in the time, do the work, stay in line and don’t give up. You have to stand out amongst thousands upon thousands. In order to do that you have to show you’ve invested in yourself and the craft. Then when you finally have an agent/ manager who’s pitching you, you have to be prepared to audition for years and years, if you give up and step out of line, someone will take your place. 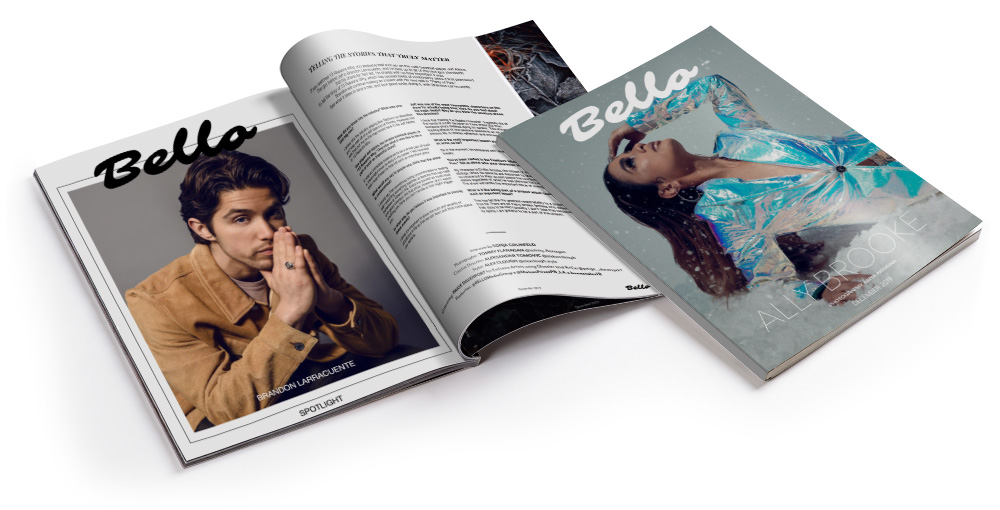