It’s March of 2018. Stepping onto the bus called life, it’s time for a young artist who has already made a name for herself to embark on her solo career. Ally Brooke, and her girl group Fifth Harmony have decided to go their separate ways after six years, and thus beginning the solo voyage. Speaking to Bello Mag, Brooke let us follow her along this year-long journey, starting at the very beginning. Transitioning from a group to a solo act was the most exciting thing that’s happened to her. Sharing the stage with four other talented friends didn’t always allow her to be the true performer that we get to see now. Brooke has a knack for mixing different styles of music and an incredible voice range that’s out of this world, but it was often lost in the other voices of the group. “I really felt that I was never able to show my true potential. So breaking free was liberating,” Brooke explained. Now, fans get to see another side of her: the performer who just wants to put on a high-energy show and belt out music in her full range. After some regrouping and surrounding herself with the perfect team, she headed straight for the recording studio. This, was finally her chance to show fans a side of her that they’ve never seen before.

Recording her first song brings us to the next stop of this voyage. Which song should she release? A debut single is like a first impression, so finding the perfect song took Brooke a bit of time. She felt the pressure of her former bandmates all releasing their own songs. She was in the studio for months, recording two songs a day. People would come up and ask, “When’s your song coming out?” She knew that waiting was the right thing to do. “I had to learn to be patient to wait for that right song, because the first impression is everything,” she shared with us. It was hard when she would get really excited about a song but it wasn’t right for “Ally Brooke’s” first single. Finally. Ally recorded “Low Key” ft. Tyga and the song exploded into the music-verse.

The journey continues with developing Brooke’s signature sound. Having always been drawn to performers-everyone from Adele and Jennifer Lopez to Justin Timberlake and Bruno Mars– she loves to spin little pieces of her favorite artists’ work into her own songs. She wants to put on a show like Justin, and hit the high notes like Adele. Her goal now is to show the versatility of her voice and channel something new in every song. Sometimes, Brooke will be sexy and breathe in tone and other times she’ll be belting; it’s fun to play around with different sounds. But the key, she says, is making sure her personality shines through in each record. “I love making sure people know my voice and my range. Whenever I can hit those high notes, I hit those high notes. I know my fans will go crazy over them, which is really awesome because they appreciate my voice and that feels incredible.” Now that she’s captured her signature sound, we’re on to the next stop: fashion.

One of the best parts of touring are the costumes! Brooke lives for fashion. On this tour, she has shown us many sides of her personal style. If she’s in a girl-boss mood, she’ll wear a power suit, and if she’s performing, she’ll rock some high-waisted shorts and a bodysuit. There’s no limit to the prints and textures this true fashionista will mix to perfectly shine on stage (and show off her legs). Some of her most memorable outfits have been the glamorous, custom-made pieces from her time on “Dancing With The Stars.” Brooke recalls the ferocity she felt on the dance floor in a beautiful bodysuit-meets-Spanish vibe when she danced to her own song, “Higher.” Whether it’s on the dance floor, in her music videos, or walking the streets of LA, she  uses these fashion moments to reveal just how creative and fierce she can be.

The best surprise of the Ally Brooke Solo Tour is a little dance break. Having wrapped up her season competing on ‘Dancing With The Stars’ this Fall, this competitive gal is no stranger to the competition shows. She actually got her start on X-Factor and filmed at the very same studio. But, these two shows could not have been any more different for Brooke. On X-Factor, she fought for a career, but on ‘Dancing With The Stars,’ she fought for another week of fun. As a big fan of the show, she couldn’t have been more excited for the opportunity to grow in so many different ways: as a person and as a dancer. Her experience on the show was a pivotal moment to show the world what she was capable of more than just singing. She remembers being made fun of for not being able to dance in Fifth Harmony and as a finalist on her season, it is safe to say Brooke proved to everyone that she is a dancer now. “I think I changed everyone’s minds about me as a performer in the best way possible,” she shared as she raved about her experience on the show. Not only did she become a graceful ballroom dancer but the friendships, memories, and confidence that she gained will be some she can cherish forever.

Brooke’s newfound confidence has translated into the new record she’ll be performing in the next chapter of the tour. “No Good” is an empowering, infectious single about not settling for anything less than you deserve. Sometimes you need to hear it for yourself, “Hey this is no good for me. Bye,” she explained. “So many people can relate to that and identify with being in a situation where someone or something just isn’t adding value to your life. You owe it to yourself to know that you deserve better.” She can’t wait to perform this anthem for you all, and hopefully bring some of her new dance moves to the music video that accompanies the track.

We’ve gone a long way on the Ally Brooke Solo Voyage But don’t worry, it is only the beginning. This whole year has been leading up to Ally’s Time To Shine Tour which will be her first solo tour ever.  “Dancing With The Stars really showed me shining in a way I never have before, and I want to take that into the next phase of my life and career,” she shared. This is the first time Brooke will take the stage by herself, performing her own music, for her own audience. She’s going to take everything she learned from DWTS to put on a fun, dynamic, and exhilarating show that will get fans off their feet and dancing along with her. Brooke is going to blow you away on her debut headlining tour. With her versatile voice, captivating songs, drop-dead gorgeous costumes, and of course, some kick-ass dancing, Ally Brooke is about to shine brighter than ever in 2020. 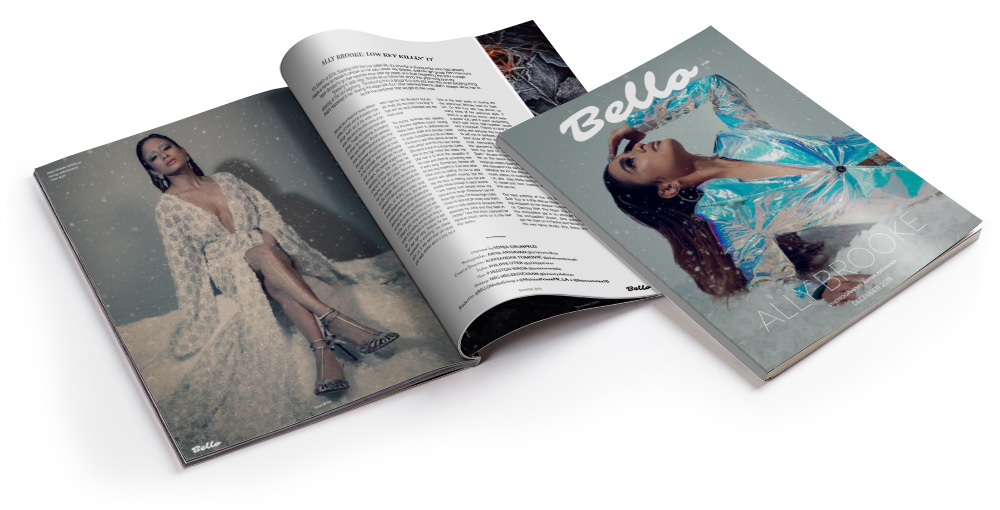