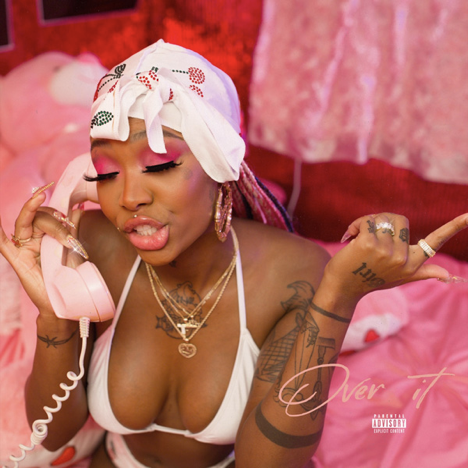 Summer Walker started singing when she was 15 years and was inspired by artists like Erykah Badu, Amy Winehouse, and Marvin Gaye. Earlier this year Drake co-sign the artist and since then Walker has been recruited to do songs with numerous artists, as it shows with all the album features on Over it.

The 23-year-old singer is set to go on what she is calling The First and Last Tour from October to December. From beginning to end, the album will bring nostalgic vibes to those born in the ’90s as she samples work from “Say My Name” by Destiny’s Child in Playing Games, Get it Together by 702, and Usher’s You Make Me Wanna in Come Thru. The album is raw and honest displaying her feelings about the romantic relationship struggles in your 20’s. She sends a positive message to women by showing that women should not have to hide their sexual desires. She shares how at many times searching for that love is lonely and frustrating, and as women, we have so many thoughts that go through our heads. Her voice is gentle but yet so strong and gives sultry vibes that allow us to decompress. Her message throughout the album is relatable for many young women.

Kylie Jenner who launched a new collection for her Kylie Cosmetic line featured her song “Drunk Dialing…LODT” that include the lyrics, “And I just can’t quite understand it, but love makes sense of you, ’cause love makes sense of you but I know I wouldn’t want to wait for your heart to finally see me through.” Reports have speculated that Travis and Kylie have split because Travis is not ready to commit and give Kylie a second child right now. Maybe there is more to why Kylie choose this song to feature her new products.

The ATL star, Summer, continues to shine and her album is projected to take #1 on the Billboard charts.