Tom Goss Discusses His Latest Album, His Video Regretting, and How the Album Strengthened His Marriage with His Husband 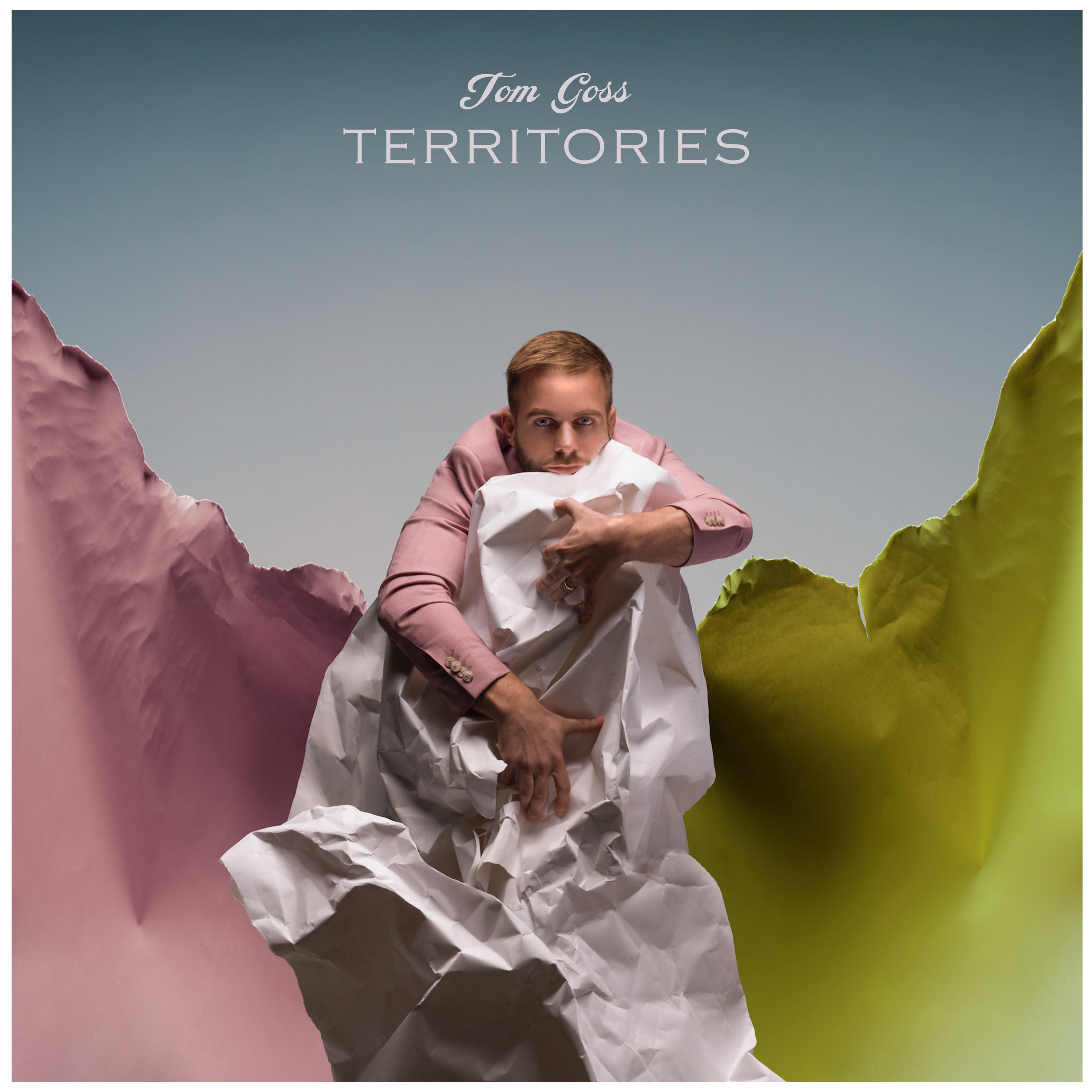 Wrapping up this year’s Pride at BELLO Mag (although let’s be real, Pride is all day everyday), is superstar singer / songwriter Tom Goss! You may already be familiar with his whopping seven studio albums, as well as his most recent one, Regretting—which created a beautiful and intimate space, that allowed for 15 tracks of pure honesty, emotion, and of course, (possible) regrets.

Can you tell us a little bit about your new single/video, ‘Regretting’?

Regretting is the third video in a series of videos (directed by Nathaniël Siri) that tells the story behind Territories. The first video (Berlin) shows me going on a trip to Berlin and falling in love with another man, while the second (Québec) deals with the fallout between my husband and I as a result of that trip. Regretting comes full circle as we settle into what is most natural and comfortable in our lives, namely the love my husband and I share with each other, and the strength of our marriage. Regretting proves that despite the odds, love always prevails.

After already releasing a stream of successful studio albums and EP’s, what continues to inspire you to make more music, and share your experiences with the world?

I’ll be honest, there are times when I wonder if I have anything left to say. I’ve written and released so much over the past 15 years. But every time I think I’ve said it all, something new happens that prompts me to ask bigger questions and challenge the world around me. As long as there is an underdog, there will be more stories to tell.

Your latest 15-track studio album Territories was intimate like no other—how important is transparency for you as an artist? Do you ever worry about how others will interpret your thoughts and emotions?

As an artist, being transparent and authentic is the most important thing one can do. I’m not interested in morphing myself into something more marketable or consumable. I’m interested in tackling big questions, and finding truth and hope in a complicated world. We go through life thinking a myriad of negative things about ourselves because we are constantly presented with a whitewashed, conformed ideal of a human in America. In my opinion, that presentation is bullshit. Most of us are quirky, sensitive, smart, odd, anything other than what traditional American media tells us to be. The more that artists are honest about their experience, the more likely it is that others will understand they are not alone. Subsequently, the less people feel alone, the more likely it is that we will all shed our negative self-perceptions and live happy, authentic, integrated lives. 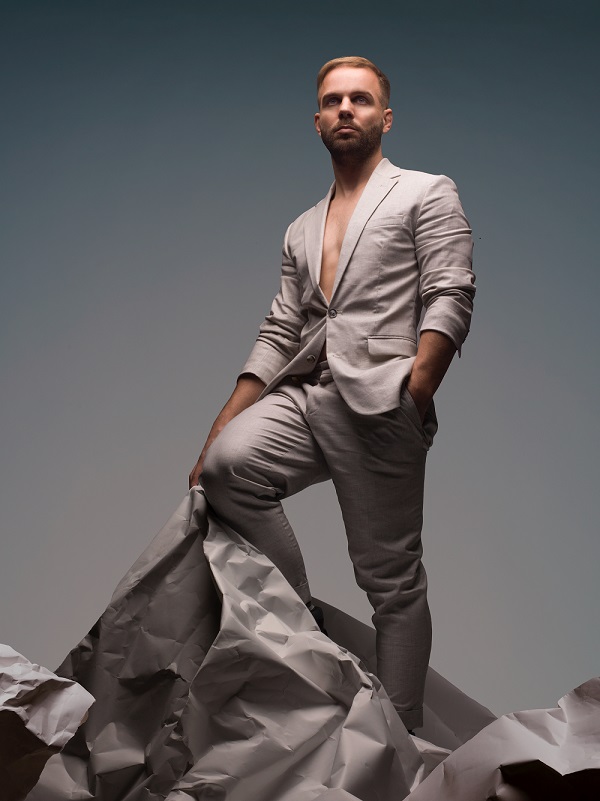 Were there any challenges you faced when making Territories? Did you learn anything new about yourself?

The whole album was a challenge of introspection and self-discovery. The whole album was a struggle. The whole album was a beautiful journey. Before Territories I was very close to “figuring out” the world. Of course, I say that tongue in cheek. As a result of “figuring out” the world, I was becoming more rigid and my world was shrinking. The more I knew what was “right” the less I saw what was possible. When I realized my husband had been unfaithful, all of that crumbled. Everything I thought I knew was up for question. I set about trying to understand how to love in a new way. I set about trying to understand how to live in the world in a new way. These were not easy transitions. Now the only thing I am certain of, is that I am uncertain. I am open to new experiences. I am open to being wrong. I am open to having my world turned back upside down, again and again, and again.

What was it like traveling to Manchester, UK and meeting up with your producer, Ian Carmichael?

I love Ian so much!!!!! He remixed a couple of tracks of mine in 2014/2015 and even before that I was an admirer of his work. When I first started writing the album I knew he was my dream producer. I love how he uses space and percussion. I flew to Manchester, we grabbed lunch, then coffee, then walked and talked. We talked for hours. We talked about my story. We talked about music. We talked about business. We talked about nonsense. We were immediately in sync. That never changed. I’d write and demo songs in Los Angeles, he’d mix and arrange them in Barcelona (where he moved just after we met). We had 15 tracks fleshed out and we had only met in person, that one afternoon in Manchester. He flew to LA so we could finish the recording together and it was, in many ways, the most magical week of my life. Territories wouldn’t exist without Ian’s brilliance. I’m so grateful he came on this journey with me, not only musically, but also as a trusted friend.

How was it making the music video for ‘Regretting’— and how cool was it to have Mean Girls actor Daniel Franzese on set?

Making Regretting was so much fun! Nathaniël and I grabbed our friends (and his husband) and we went out to a cabin in the woods. It was a very organic shoot. We’d shoot early in the morning, come back together and hang out. The fire scene was the most fun, you’re honestly just watching a group of friends relaxing and laughing together. Of course, Danny is really fun to shoot with. That was the third video we shot together (La Bufadora & Québec being the other two). Danny plays the same character in all three and it’s been wonderful to explore this story together. He’s been very respectful and sensitive to my story, I’m very grateful for him in my life.

After experiencing all that you have with your husband, would you say your music has evolved? Has your sound changed?

Absolutely! This album was very different for me. I spent a decade writing fun, folky, acoustic pop about how perfect me and my husband’s relationship was. And that was my story. When things got tough, I started writing about the tough times. I didn’t think it made sense for the songs to change so much topically, without changing sonically as well. I made a conscious effort to shift my writing to the keyboard. I wanted this album to be lush and warm and take up a lot of space, without a lot of effort. I wanted it to sound round and soft, and to embrace the listener. I knew Ian could help make that possible. The acoustic guitar appears on only 3 tracks on the entire record, and very sparingly. If you would have told me that 10, even 5 years ago, I wouldn’t have believed you. 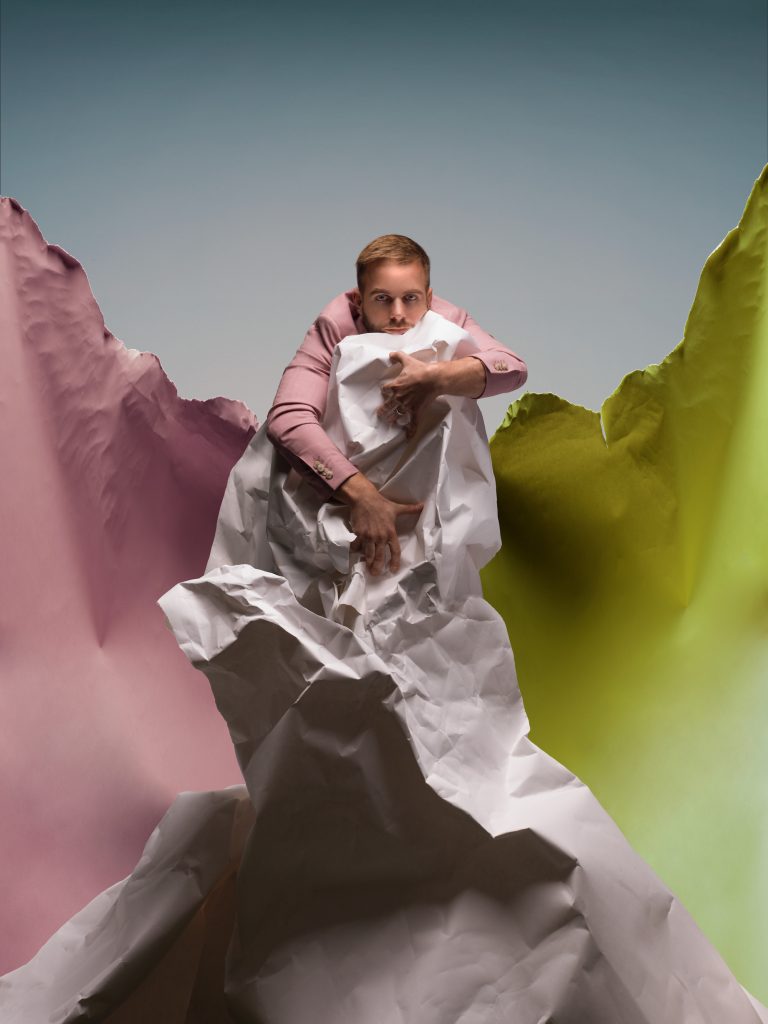 How have you been celebrating Pride Month?

Quarantine, BLM, and political unrest has changed the way that I’m celebrating pride. I’m spending more time educating myself about social injustices in hopes of being a better (and more sensitive) storyteller. I’m also trying to figure out how I can use my platform to help other, younger queer artists, especially of color, tell their story.

How do you plan on spending the rest of this year?

I’m currently driving across the country with my husband so we can visit family. All my gigs have been canceled until 2021. I’m not going to lie, that’s been a struggle for me. I’ve spent the past 15 years moving so quickly, rarely stopping to smell the roses. I’m using this time as an opportunity to be reflective and find perspective. Also, as I mentioned above, I’d love to use the skills that I have developed over my career to help other artists tell their story. I directed my first music video (Covet by Jaake Castro) just before the epidemic, and I’m excited to see it release in July.

Can we expect to see or hear another new project from you anytime soon?

Absolutely! I’ll be shooting a new music video for a new single called Nerdy Bear in two weeks. Additionally, there are several other videos from Territories that have yet to be released (Amsterdam, Eve, Irreplaceable), so they will roll out as the year moves on. It’s going to be a fun year!