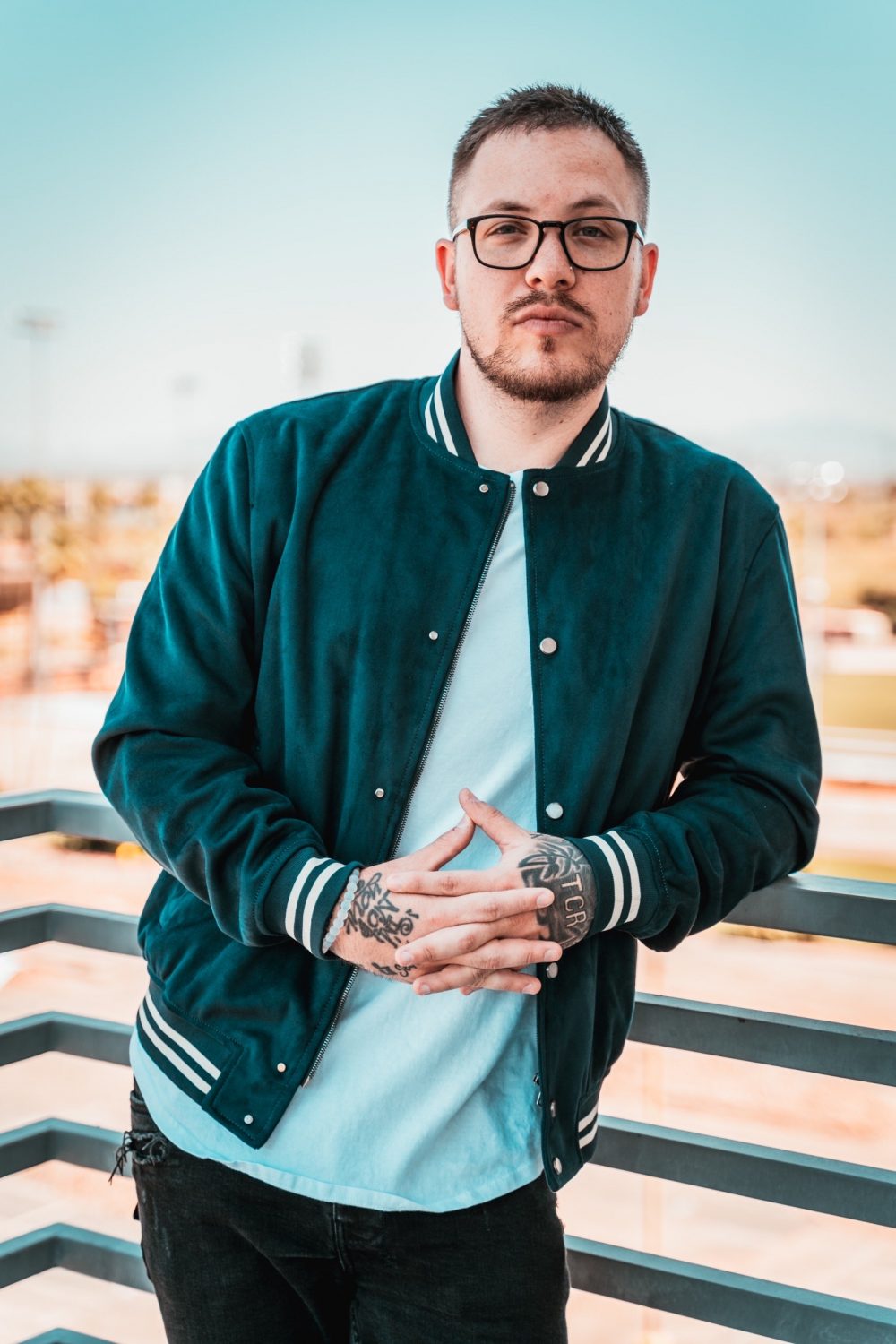 Tino Cochino, a Lubbock, Texas native has lived the life of a radio personality for longer than most people can hold a job. Starting at the early age of 13, Tino Cochino has lived the ins and outs of being affiliated with radio. At 16, he earned his first full time shift and has since built his radio empire, now hosting the number one Latino hosted English-speaking syndicated radio show in America. Airing nationally in over 60+ cities across the country, his voice can be heard on his podcast, iHeartRadio’s Real 92.3, KISS FM 104.7, HOT 98.3 and more.

To start, tell us how someone gets an internship at the age of 13 with radio. Most people would kill for that opportunity, even so at such a young age.

I was basically showing up to every event that the local radio station had. I did it every weekend for months and finally they were like “if you’re gonna be here, you’re gonna work!” That’s it! Just be persistent aka annoying. Lol.

What has been the biggest challenge in building your platform – Tino Cochino Radio?

I think the biggest challenge at first was finding a way to be truly transparent and open up in a way that could connect with audiences in different cities across the country and on different formats.

Your show hits very topical discussions. What is your target demographic and what kind of message do you want to give off in people listening in?

We are the demo. That’s the beautiful thing. We’re talking to people that are doing the same things we are. Living the same way we are and at the same time we’re learning about each other via our different experiences and points of view both on and off the air. If you’re an adult between the ages of 18-49 you can relate to our show and approach.

Tell us about how you developed your team of co-stars? How was it choosing the best group to be a part of your show?

Nicasio is the unfiltered, think before he speaks type of individual and that type of mindset creates gold daily. He was originally a mixer when I first met him but I noticed he always had everyone around him laughing. I knew with some direction that could translate on-air. Raquel actually won a National content that we hosted. She didn’t win but we kept her around because we admired her work ethic. She earned the spot for sure. As far as Matt, he’s a radio vet. Some people just get it and that’s him. From his quick witted, dry humor to amazing production skills and the ability to engage and retain relationships, he’s the best producer anyone could ask for. I’m thankful I can finally afford him. Lol!

What has been a personal achievement in the span of your career?

Having the ability to be on-air in Los Angeles without actually being based in the market. Don’t get me wrong, I want to be. The fact of the matter is that we’re currently not. Major markets are usually responsible for sending out the talent to various markets but to have them airing our content from out of market is a huge win and stamp in my opinion.

Who would be your top 3 guests and why, hopefully they will read this.

Ice Cube. He’s a mega star and was in all honesty one of the most humble individuals I’ve ever met. His passion for not only his art but for the people and community is appreciated and he deserves all of the flowers and more while he can still smell them. Comedian Donnell Rawlings is another human. His natural ability to be funny and engage with an audience should be studied. He’s been on the show numerous times and even recently gave me the opportunity to meet Dave Chappelle. I’ll owe him forever for that. Being in radio, Big Boy has always been one of the GOAT’S in my eyes. When he asked us to be on his show I couldn’t even believe it. To be in his studio and talk about our accomplishments was surreal. I’ll forever appreciate that convo.

With the pandemic and the whole world changing, how has that affected the production of your show?

We immediately took action and I moved the team into my house. I believe in energy and it simply can’t be re-created via Zoom. Don’t get me wrong, Zoom has been amazing as far getting artist content but in order to create the daily content that our listeners have come to expect, we’ve got to be in the same room. The good thing is we’ve done so much traveling to our various markets that we’ve gotten used to producing our show on the road. Either way, we’re back in studio and couldn’t be happier.

What advice would you give to anyone trying to get in your industry?

I’ve always suggested that promotions is the way to go. I feel like you need to start from the ground up to truly gain an appreciation for the business. It’s obviously a big “who you know” industry but knowing and putting in the ground work, in my opinion, is what separates the greats from the rest.

Lasting impression / quote you want to leave with our readers.