The Stars Speak Out on George Floyd 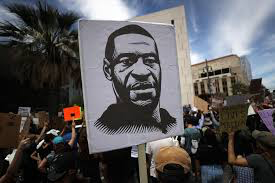 Killed during a police check by four Minneapolis police officers, George Floyd became the face of a society plagued by racism. Following his death, riots and demonstrations are taking place throughout the country to demand justice and anger is growing among both the public and the stars. From Beyoncé to Taylor Swift and many others, everyone is calling for justice to be done and for such an act not to go unpunished.

The video of George Floyd’s murder is also circulating at high speed on social networks in order to prove its racist character, which only fuels anger in an already very tense climate.

The singer Beyoncé, who has launched a petition for the officers’ present at the murder to all be tried for voluntary manslaughter. This petition was immediately a huge success and already has many signatures.

For her part, singer Taylor Swift addressed Donald Trump directly after his polemical messages urging the police to use force and shoot: “We’re going to make sure that we vote to chase you out in November”. A sober and powerful message that leaves no room for doubt as to the anger that animates the young woman.

Rihanna and Selena Gomez also posted messages on their social networks condemning the court decisions taken against the officers guilty of the murder of George Floyd. Madonna has also published several tributes…