The Sports Lounge with Big Lou

ON: September 21, 2021 BY: Alexandra Bonnet OBSESSIONS 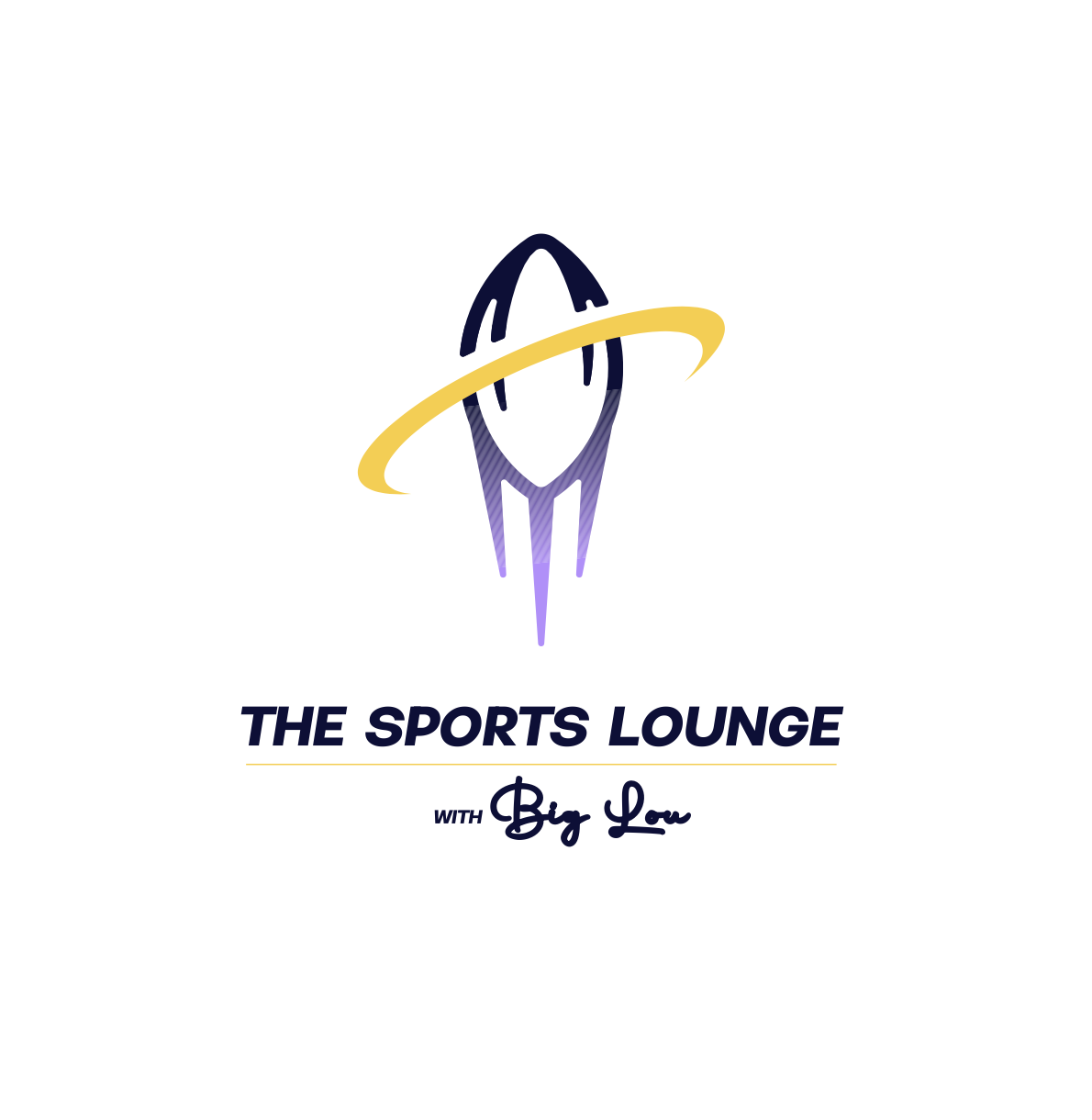 The Jeremiah Show (DBA Evolve Entertainment) announced a new partnership with Louis “Big Lou” Jones. Jones, who has been a long-standing Co-Host on “The Jeremiah Show,” is spinning-off his sports segments from TJS and introducing a new sports talk radio show on KZSB AM 1290. Knowing Lou personally, it brings me great joy to share with you our latest interview as he brings charisma, laughter, passion, and knowledge altogether. Having forged a relationship with sports at a very young age, Lou finds himself doing what he loves. With a big heart and amazing energy, a talk show was exactly what he needed and we can’t wait to see what comes next! Having just done his first show yesterday, keep Lou on your radar… you won’t be disappointed!

Louis, tell us more about how your relationship with sports began and how it has evolved up until now.

My relationship with sports began at a very early age! My oldest brother was drafted right out of high school by the then California Angeles! I was 3 or 4 yrs old at the time and can barely remember going to watch him play at Angeles Stadium! I also had a sister who played women professional softball during the same time frame (early to mid ’70s). I come from a very competitive family and I also started playing the drums at a very early age (6yrs old) for all of our choirs at church, because my father was a nationally recognized pastor in the black community and we had massive choirs! So I started performing in front of large crowds very young, which carried over to being able to play sports very young in front of big crowds as well. Baseball was my first love in terms of sports. I had a chance to show off my skills, especially in 1984, while playing little league baseball in Santa Monica (11-12yrs old) and playing in the little league World Series in Jackson Hole, WY. This was the first taste of success at such a young age when I hit the walk-off grand slam to win the championship! This was the moment when I started to understand the dedication, focus, and commitment it takes to compete in sports. This experience so early in my life of sports was the catalyst to fuel me as I started to grow in the world of sports. It laid the groundwork for me, that today I still preach about the importance of practice, focus, visualization, etc…

In what ways has sports helped you in your personal life?

Sports have helped me so much in my personal life!

From communication skills, social skills, people skills, and learning how to operate in a team environment. It was also a great outlet for me. My parents did split up when I was very young (9yrs old) and it affected me, but thanks to sports, I was able to get through those tough times and put that negative energy into something positive (sports) and I’m so grateful. Sports also kept not only myself but a lot of kids out of gangs and the crazy things that were happening in the neighborhood during those times. With this foundation I gained at an early age, I was so lucky to go on to earn a full scholarship to The University of Washington! 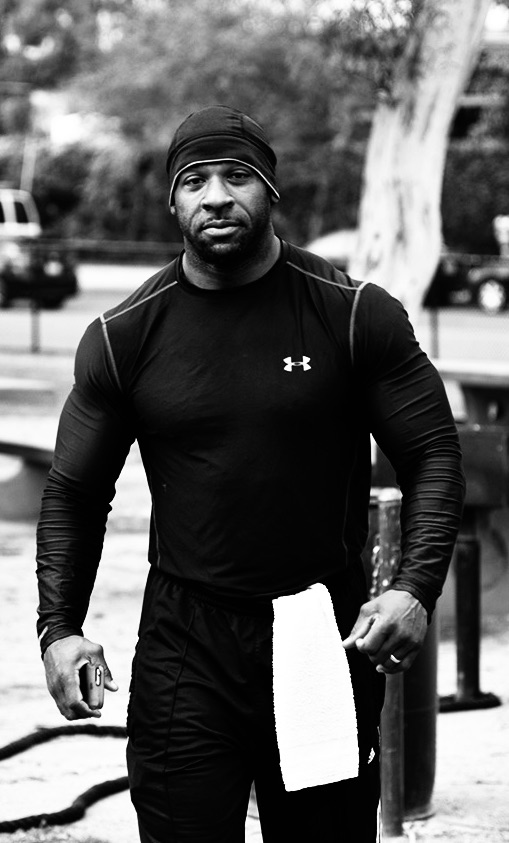 From playing sports to talking about sports, what advantage do you believe you have?

From playing sports to talking about sports can give you a different perspective as to why and how the flow of things happens in sports.

From having the opportunities I have had as a player and having the coaches I was so blessed to have, I have a viewpoint of “inside out” vs someone who may not have had that experience, which would be more of a perspective of outside in. Let me say that, can someone have a great viewpoint or perspective and not have played, my answer would be yes!

It still could come out differently because they could be overlooking some minor details and those are easier to identify if you have been out there!

What inspired you to start “The Sports Lounge with Big Lou”?

My best friend and Executive Producer (Jeremiah Higgins) has a restaurant show (The Jeremiah Show.) I have been on his show for about 7 yrs as a Co-Host for his Thanksgiving Show. I am also the Sports Commentator on his show. It was very popular and he came up with the idea of launching a sports talk show! I then interviewed a few of his guests (top 5 women from American Ninja Warrior, The Voice Winner, Season 20, Cam Anthony, and a few other guests, and next thing I know, it spun off his show into what is now The Sports Lounge with Big Lou. 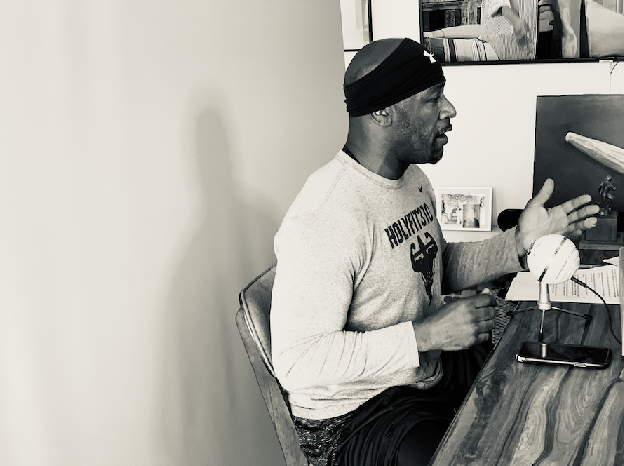 Share with us what you hope this radio show will bring to its listeners. What are you most excited about?

I just really want and hope that The Sports Lounge with Big Lou can give all my listeners a fun, exciting, passionate, energetic, and uniquely different perspective and delivery on sports today, recaps of games, current news, and what’s hot in sports right now. Also, bringing on the show the biggest names in sports on the professional level, but also reviving the college and local sports in the area as well, in Santa Barbara!

I am most excited about really giving my perspective on the games from my vantage point! With my sense of humor, jokes, and different ideas of getting my point across, I know it will be super fun and exciting for all to follow and listen! Sometimes, it’s not so much what we say, but how we say it! This is where I believe I can separate myself from others out there…

Who do you hope you will get a chance to speak with?

I am also so excited to talk with all the athletes and get into the human side of these special people! So many times we see these athletes on tv and because of who they are and what they do, we as spectators can sometimes forget that they are just as human and normal people as all of us. I want to show people out there that, they are people too, with. Feelings and emotions and inspire of what they do for a living, they feel and hurt just like others do…

I have such a long list of people I hope to speak with on The Sports Lounge and I am certain I will bring them to you all… Some of the guests I hope to speak with are: Tom Brady, Bill Belichick, Justin Herbert, Patrick Mahomes, Lebron James, Anthony Davis, Tyler Gilbert, and the list goes on. Yes, I will also have hockey players on the show, I have already had the Director of Rugby Operations and Team manager, “Kevin Battle” of the newly crowned champions of MLR (MAJOR LEAGUE RUGBY)! This is just to give you an idea of what’s to come with the guests that I have in store for you.

You are doing your first live show in Santa Barbara next Monday!

How are you feeling about it?

I’m so excited to get my first live show done! It’s going to be fun, exciting with fun questions, trivia, and cool segments, like “REDZONE RECAP, ROOKIE ROUND UP, BIG LOU’S 10 in 2″ and more!

Can you tell us a little more of what listeners can expect for that Monday show?

This is what the listeners can expect from the show! Also, I want the listeners to be a part of my show because it’s for the listeners, so I want you to call in and interact with me and my guest! It’s going down unlike no other show out there! I will say of course I have some nerves going knowing the live show is now upon us, but I’m ready and everything I have gone through u to this point has prepared me for this moment! 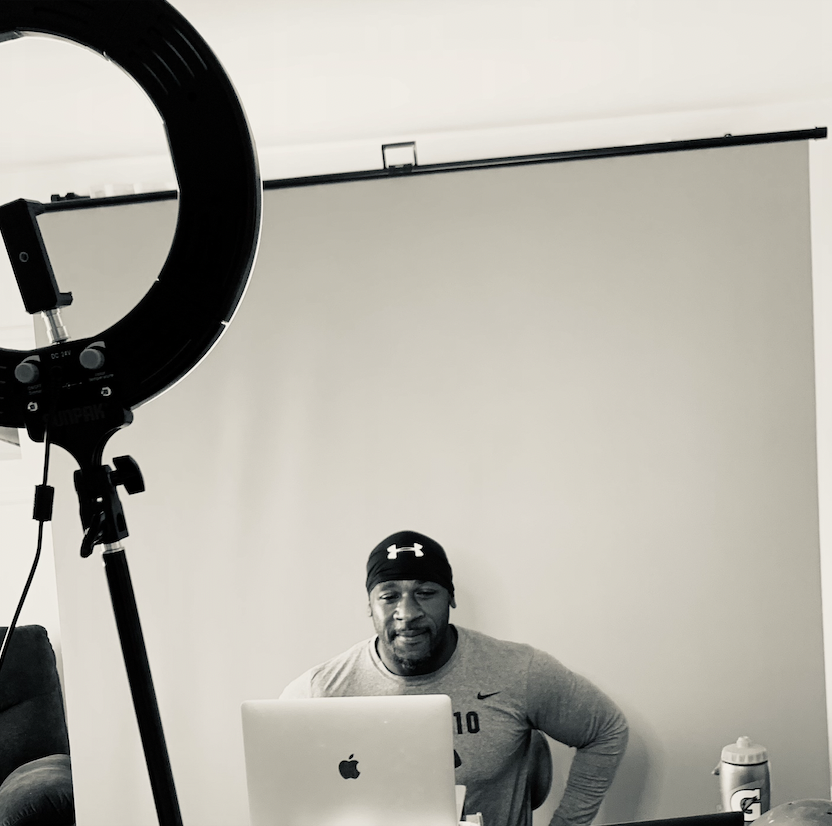 You have a great sense of humor and are incredible! How do you plan on incorporating that humor into your shows?

Who are some people you have spoken/ worked with that you admire? Any particular encounter that stands out?

There are so many people that I have had the pleasure to work with and get advice from, guidance and I’m so grateful for them all, but the biggest influence on me without question would be my mom! By far the strongest person in the world to me! I look at what she had to endure and go through when we left my father and I am the person I am today because of the lessons and courage she’s taught me and showed me and nows my time to repay her for all her sacrifice!

The biggest lessons (LOYALTY, HUMILITY, COMMITMENT) that I learned on this journey years ago in sports came from my high school coach Al Dellinger!

I wanted to transfer out of my high school (Venice High School).going into my jr. year because I didn’t think I was going to get noticed there. He told me that, “If you’re good enough, they will find you…”!

He said a few other things as well, but the look on his face said it all and he signed my transfer. I went home that night and had this nasty, grumbling, feeling in my stomach and couldn’t understand why… He had invested so much into me and I let him down… The next day I tore up the transfer and committed to him and by the time I left that school on my way to the University of Washington with a full scholarship, we had one of the best seasons in school history going 11-1!

I’m so grateful for that life lesson and it has stuck with me ever since!

What was your favorite part of speaking with Team Manager & Director of Operations for The LA Giltinis, Kevin Battle?

Learning about the Giltinis themselves. Being a sports enthusiast you want to learn as much about sports as possible. The opportunity of picking Kevin Battle’s brain and learning about Rugby. Rugby is often compared to the NFL in terms of physicality and tackling. The NFL has such a respect for Rugby, that they have now adopted rugby’s tackling style for a couple of reasons: One reason is it’s very efficient, the biggest reason is because of the head concussions. They don’t have that problem in Rugby. With football being one of the last true gladiator sports you gotta your hat to the NFL for trying to do better and protect its players. So we don’t lose people, having that time with Kevin Battle taught me more about Rugby and its tackle form, I can understand the NFL better and how it’s taken to heart.

One foot in front of the other, coming to a TV in your home soon, and  I’ll see you when I look at you.