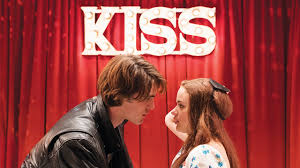 Your summer plans may be in jeopardy, but a much-anticipated Netflix romantic comedy arrives just in time for July. The Kissing Booth 2 is the sequel to the teen comedy starring Joey King and Jacob Elordi.

At the end of May, King (who plays the role of the heroine Elle Evans) announced the release date of the film in a live stream on YouTube. King revealed that The Kissing Booth 2 will be released on July 24th, 2020. That’s more than two years after the release of the original film, when it became one of the most watched titles of the summer by Netflix. A sequel was confirmed in February 2019.

Regarding the story, King will reprise his role, a young girl at the end of her life trapped in a love triangle, in addition to producing the sequel. Joel Courtney will return in the role of his best friend Lee and Jacob Elordi in the role of her boyfriend Noah, the bad boy. Molly Ringwald and Meganne Young will also co-star in the film. In addition, Maisie Richardson-Sellers and Taylor Zakhar Perez will join the sequel in new roles.

Another reason why fans have been curious about the sequel to The Kissing Booth – an inevitable reunion between real-life exes King and Elordi? We can’t wait, see you in July!!