The Band CAMINO and Their Single “1 Last Cigarette” 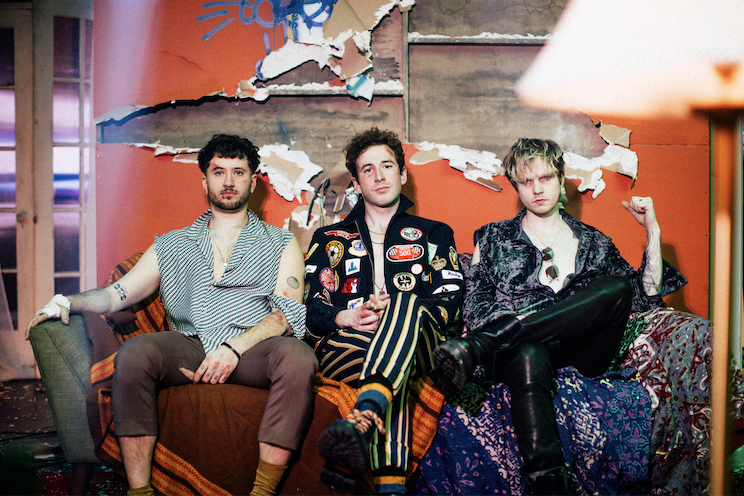 The Band CAMINO came together in the most natural way as they would play a few gigs here and there covering songs before getting to creating their own music. They recently released “1 Last Cigarette,”  which was written days before going to the studio to record! Using music to express who they are and how they feel, The Band CAMINO creates the “soundtrack to people’s lives.” Here at BELLO, we are loving their vibe, their energy, their music…all of it! Keep rockin’!

Tell us more about the day you became a band. Who plays what role in it?

We became a band in about the most natural way possible. I (Jeffery) was playing some cover gigs around town in college with some guys I had met at University of Memphis. Country songs, John Mayer songs, classic bar songs… just trying to make some cash and play music. My sophomore year I met Spencer and we really hit it off in a big way. I asked him to play keys for some summer gigs and after a few shows we decided we should make it a real band and start writing and playing our own music.

How did you guys come to find out about your share delved for music making?

In college we had a pretty tight knit circle in Memphis with a lot of cool, like-minded people who played music. We were all trying to figure out what we wanted to do with our lives and all kind of just gravitated towards one another. After finding the right mix of players, we formed a group to just play gigs around town and it just grew from there.  I think we all clicked because we all kinda grew up on different music and our differences inspired us.

What was the very first performance you did together? What kind of impact did it leave on each of you?

While we’ve technically been playing shows as The Band Camino since 2015, we kinda played musical chairs with band members until 2018 when Spencer and I made the move to Nashville on the hunt for a drummer. We met Garrison shortly after moving to Nashville and played our first show together in August at a club in Little Rock, AR. After one show in we knew we had something different between us – a kind of chemistry we’d never felt before. Garrison’s been a part of the band for 3 years now and we haven’t looked back since.

Share with us what the creative writing process is like. Where do you find your best inspiration?

We try to put ourselves in as many creative situations as possible and not be too precious about it. We all love writing and making music so it’s fun to keep experimenting with different scenarios to keep it fresh. Sometimes we write alone, sometimes all together, sometimes with friends, other co-writers, any combination that can keep us on our toes and keep us feeling creative.

What was the story behind “1 Last Cigarette?”

Spencer wrote ‘1 Last Cigarette’ literal days before we went into the studio to cut the album. He was with our producer Jordan Schmidt and our good friend Geoff Warburton for a super last-minute session.  Spencer showed us the demo right before we left for the studio and we immediately knew it had to make the cut after hearing how chanty it could be live.

What does music mean to each of you?

Music is our self-expression. It’s stuff we feel and things we think about. A take on life that transcends just words. It’s the soundtrack to people’s lives. Sometimes music helps us understand ourselves and our emotions. Sometimes it just makes us feel really good.

In what ways do you believe you stand out from other artists?

We stand out from artists in a few ways. Personally, we’re proud to be one of the few newer bands with two lead singers. It gives us a lot of flexibility creatively and we have a lot of fun with it. We really try to stand out by mixing traditional recording styles with modern music. In a world of midi samples and bedroom laptop tracks, we record live instruments, in a real studio and make performing songs live as a band a real priority when arranging and recording. We want to sound as live and as human as possible while still making music that fits into the modern soundscape.

Who would win in a dance battle?

All around band consensus that Garrison would win in a dance battle.

Release our debut full length album and hopefully be playing shows by the end of the year if it is safe to do so.