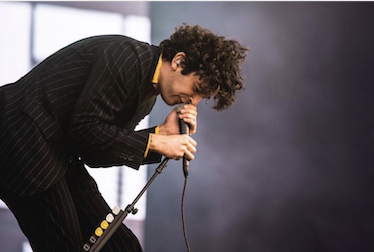 After releasing a new track from their upcoming album ‘Notes on a Conditional Form’ The 1975 have announced a tour to support their new music.

The band released “Me & You Together Song” last Thursday as a preview to their upcoming album. The song is upbeat and sounds like what you’d hear at the ending scene of an early 2000s rom-com. The band has also released ‘People’ and ‘Frail State of Mind’ as teasers for the upcoming album. Their self-titled track, ‘The 1975’ which sets the tone for each album was also released. Instead of their usual lyrics, the song featured climate activist Greta Thunberg discussing the need to act on climate change.

‘Notes on a Conditional Form’ is set to release in April, and their North American tour starts April 27 in Houston. Phoebe Bridgers and Beabadoobee will open. The 1975 will plant a tree for every ticket sold.