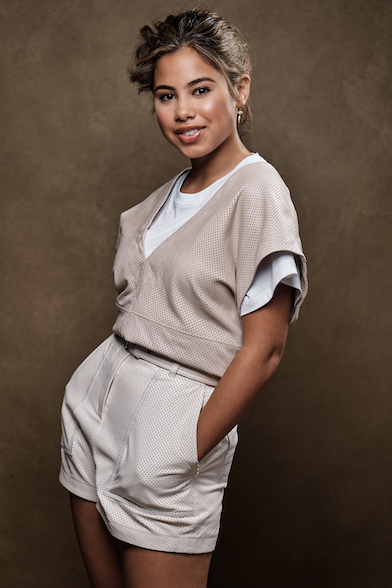 Tess Romero, who stars on the Disney + series “Diary of A Future President,” sat with us at BELLO to discuss what it is like being a young actress, her time on set, and more! Grateful for her job and passionate about what she does, Tess is on her way to big things!

As a young actress, what do you believe you bring to the table that is unique?

I like being roughly the same age as the young characters I play because it helps me bring a sense of realness to them. I’m often experiencing some of what they’re going through, so I can relate to them in a unique way.

Why did you decide to get into acting?

I’ve always loved film and storytelling, so when I found out I could be involved in that process, it was a no brainer. When I was three years old, I told my parents I wanted to act after watching “The Fresh Beat Band.” I really wanted to be in “The Fresh Beat Band” but when they explained to me how that was impossible, I decided acting was the next best thing.

You star in “Diary of A Future President.” Why did you want to be part of this series?

The show is so well written. It is really cute and funny, and it has great representation! It’s amazing to see people of different cultures and backgrounds represented on screen in ways that aren’t often seen on television. I’m honored to be a part of a show that is so inspirational for young people while at the same time remaining relatable and enjoyable. 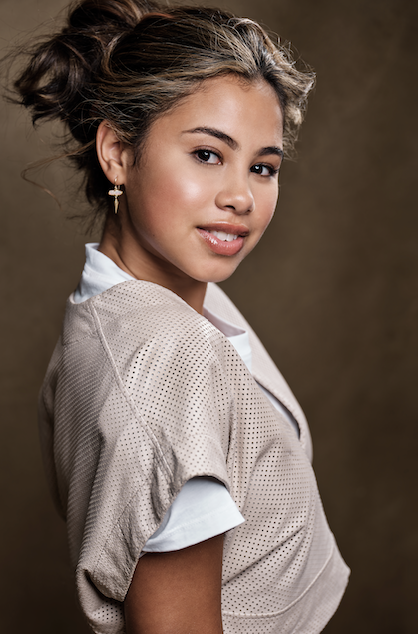 It’s impossible for me to choose just one favorite scene!  I have so many great memories from just about each episode we shot. One thing that was super fun to film were all the dance scenes in season one episode 8. I loved being in a fake middle school dance with my friends. In season 2, I really enjoyed filming all the house party scenes. It was very new and exciting for Elena to be throwing an actual party! In her house! With real people! The cast and I had a lot of fun with that.

Who did you learn a lot from on set? Explain.

I learned a ton from everyone on set. I’m so lucky to be surrounded by kind, talented, and giving people. The crew is so professional and great at their craft.  They are always willing to show me what they do and explain the details of their job and that really helps me learn more about the process of filmmaking.  The cast is equally amazing. Gina Rodriguez and Selenis Leyva in particular taught me a ton about acting and filmmaking in general. I learned so much from just being in scenes with them and watching them perform. They are both not only great actors but creative storytellers as well.

When you aren’t working, what are your hobbies?

I love to dance and sing. I’m in a rock band with a few other kids. I also love fine art, drawing, and painting. Recently I’ve been into making jewelry and rings. I get to do it with my friends and we can exchange the jewelry we made afterwords.

What role do you play in your family?

I have two little siblings, a mother, and father. My house can get pretty chaotic so I like to think I’m usually the calm, reasonable voice in the room!

Share with us what a dream come true would be!

Being in a cool new movie – maybe an action film or a period piece – or being a part of another TV show would be a dream come true! I’d be stoked to join any project that would offer me a challenging role that is different from the role I play now on Diary.

Hopefully a season 3 in the future! Other than that, who knows?  I have some projects on the horizon, but for right now I’m focusing on school and just being a kid.