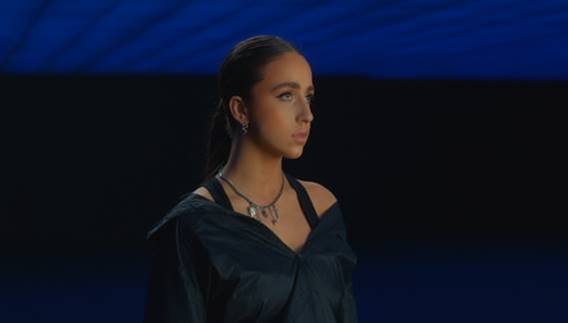 Named one of YouTube music’s artists on the rise…

On March 17th, rising star Tate McRae released a performance video for her track “that way” via RCA Records today. Set in an open room, the video sees Tate dancing emotionally through the song to compelling and cutting-edge choreography which was created by Tate and Michelle Dawley.  “that way” is from her 5 song debut ep all the things I never said which also features music videos for standout track “stupid,” “tear myself apart,” and “all my friends are fake.”

Tate says of the video, “I have multiple sides to me; a lot of layers that people have not yet seen. My dancing is a huge part of my life, so I’m so glad I finally get to create movement to a song that’s really personal to me.”.

To discover this talent, she is on tour called all the things i never said pt. 2 at www.tatemcrae.com. Get your tickets, you won’t be disappointed!

Tate McRae hails from Calgary, Canada after living in Oman until she was 6 years old.  She made a name for herself as a competitive dancer placing second runner up on Season 13 of the FOX series So You Think You Can Dance, achieved the “The Best Dancer” honor three times at the prestigious Dance Awards, and hit the stage for performances on Ellen, The Teen Choice Awards, and beyond. Not to mention, she lent her voice to NETFLIX’s animated Lalaloopsy in the role of Spot Splatter Splash.