Charles Lott Jr. Is on The Rise 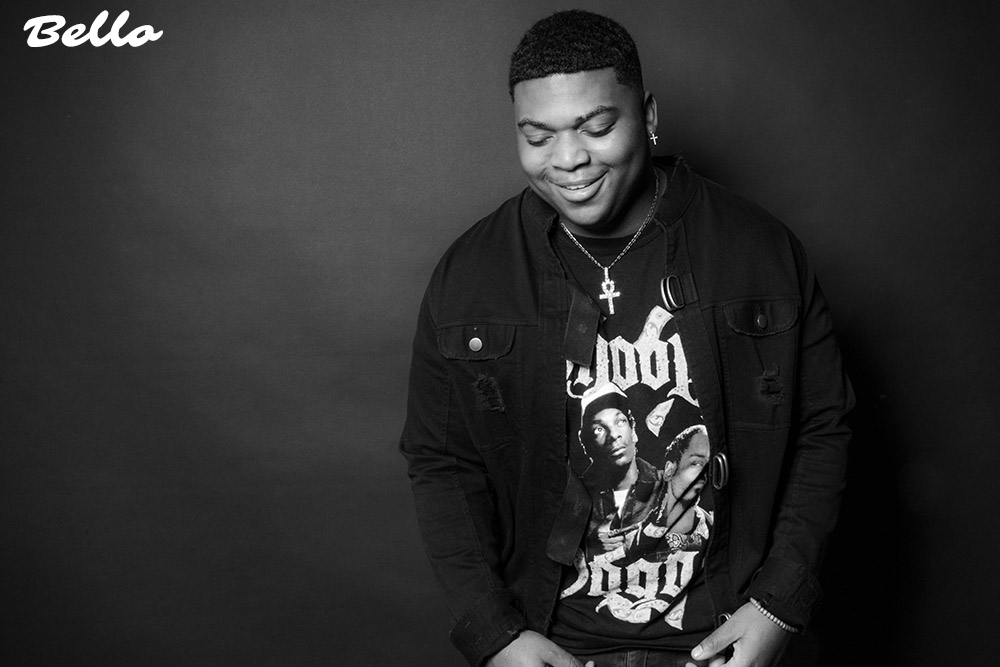 Here at BELLO, we sat with Charles Lott Jr. who recently starred in Ben Affleck’s new film, THE WAY BACK. He opened up about his time on set, what it was like working with his fellow castmates and his experience as an actor so far. If you haven’t seen it, definitely go check out as soon as possible!

Tell us who Charles Lott Jr. is and what inspires him?

A highly motivated kid who will stop at nothing to get what he wants, which is being one of the biggest stars in Hollywood. A fun, loving, outgoing, life of the party kinda guy and loves people and acting!
Can you tell us about your newest film THE WAY BACK.
It’s about Jack Cunningham, a basketball coach who was once a former athlete that had NBA potential but ruined it with drugs and alcohol. He’s trying to make his former team good again while finding his way back to a good life. It’s also about redemption and dedication. Even if you make mistakes you are able to get back up and crawl yourself out of the dirt.
What was the casting process for your role as Chubbs? Ah man it was rough. I first had to audition, then send in a tape of me playing basketball which was terrible because I SUCK! After I sent the tape in, they called me to come in to play at the Warner Bros’ court with a group of guys. I knew I couldn’t play so I went to the 99 cent store and got some hand wrap and taped it so if I suck I could blame it on my hand. And it worked! They called me back for a directors callback, killed it, and then got called in to play another round of basketball and almost didn’t get the part because I got injured. How could they use me for a basketball movie if I can’t run? But Gavin O’Connor (the director) didn’t care, he still wanted to use me and so he chose me! 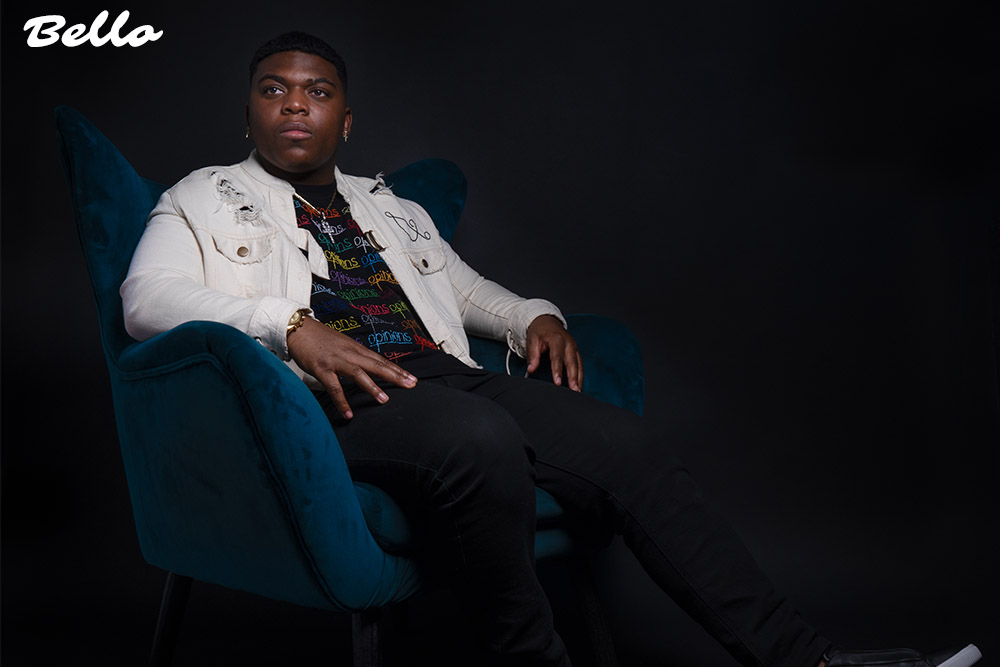 Tell us about your character Chubbs.
Chubbs is a high energy guy who always brightens the mood. His contribution to the team is to elevate their confidence with his dancing.
Do you find any similarities between yourself and your character?
Yeah definitely, we both are the life of the party kinda guys and we brighten everyone’s mood with our personality. We are both clowns and are the funny guys in the group. We both LOVE and I mean LOVE to roast people, just genuinely happy people.
What was your favorite moment while filming?
The minute Ben Affleck adopted me after I told him to never step on my lines again haha. He kept saying his line before I got to say mine and the second we had a break I rushed over there and pressed him about it. He loved me ever since and we became buddies.
What challenges did you face while filming, if any?
Being an adult, I was 18 when I filmed the movie. I wasn’t use to being on set and people not telling me where to go, which lines to remember for the next scene tomorrow, you’re literally on your own. No one tells you anything, what to do and where to go but they expect you to be there and be prepared because you’re an adult. That was hard getting use to, I had just came out of high school and was being babied and spoon fed the whole time.
How have you grown as an actor since you first started working on THE WAY BACK?
Not really much I would say because I played a character that was so parallel with my actual personality. But, just knowing the basis has gotten easier like knowing how to read a call sheet. Knowing your AD’s and DP’s. Knowing what certain terms mean, before that I knew nothing.
What’s one thing you hope viewers takeaway from the film.
I hope they can realize that you can do whatever you want as long as you put your mind to it. I know it sounds cliche but it’s true, you can do it even with the past mistakes that has set you back in life. There’s always a second chance and always room for growth. Don’t feel ashamed about your past you have to move on for the sake of the quest for the common goal.
What was it like working alongside Ben Affleck?
I’ve known and quoted to say it and will continue to say it. WORKING WITH BEN AFFLECK WAS THE GREATEST EXPERIENCE OF MY LIFE. He’s so awesome, he constantly gives you advice on how to survive in the game of acting we’re all trying to play. He’s funny as hell too, I know he’s not perceived as a funny guy in the media but once you get to know him and he’s comfortable with you he’s the funniest dude I promise. He’s also very intelligent. Sometimes when he talks, I catch myself gazing “god that was smart why can’t I think like this.” I got to do a movie with the best on screen looking Batman of all time. A lot of people would debate that he’s the best of all time (I’m one of those people) he took us on a trip to Vegas that was sick. Just seeing that side of life motivates you. That’s what he does, he motivates me I want to live how he lives I want the career that he has. It’s cool to say that you’re best friends with Ben Affleck. To be honest Matt Damon needs to watch his back cause I’m coming for his spot. 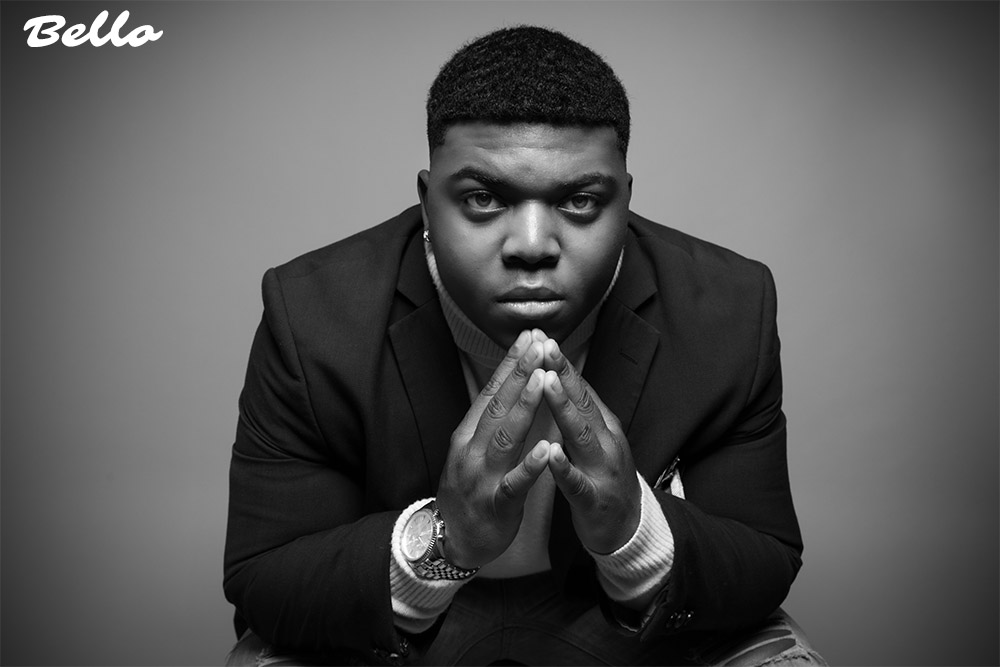 How was filming THE WAY BACK compared to previous projects you have worked on?
I haven’t really worked on many projects previously but this movie helped me get into other stuff. It’s different because other stuff I shot felt like it was more industry. More crew, more technology, crazy cool gadget stuff like flying cameras and things exploding, and made with less love. The Way Back felt almost like an indie film, and the cast is more close with each other. Less crew so more room for bonding, we did more activity’s together before filming, it was awesome.
Name someone you would love to work with in the future and why.
Leonardo DiCaprio, he’s always been my favorite actor. I would love to see his process on how he takes on roles and portrayal of characters. Also, Will Smith he was always great to me, I almost did a movie with him this year for the Venus and Serena Williams biopic King Richard. I was bummed out it didn’t happen, but I’ll do a movie together sooner or later with both of these men. They have this crazy charisma and confidence on screen that I want to work with!
What kind of roles would you like to portray onscreen?

I never felt this way until hanging out with Ben but now I’ve had this weird obsession of playing a superhero!

Besides acting, what do you like to do in your free time?