Tara Westwood stars in Sony’s new reboot of THE GRUDGE 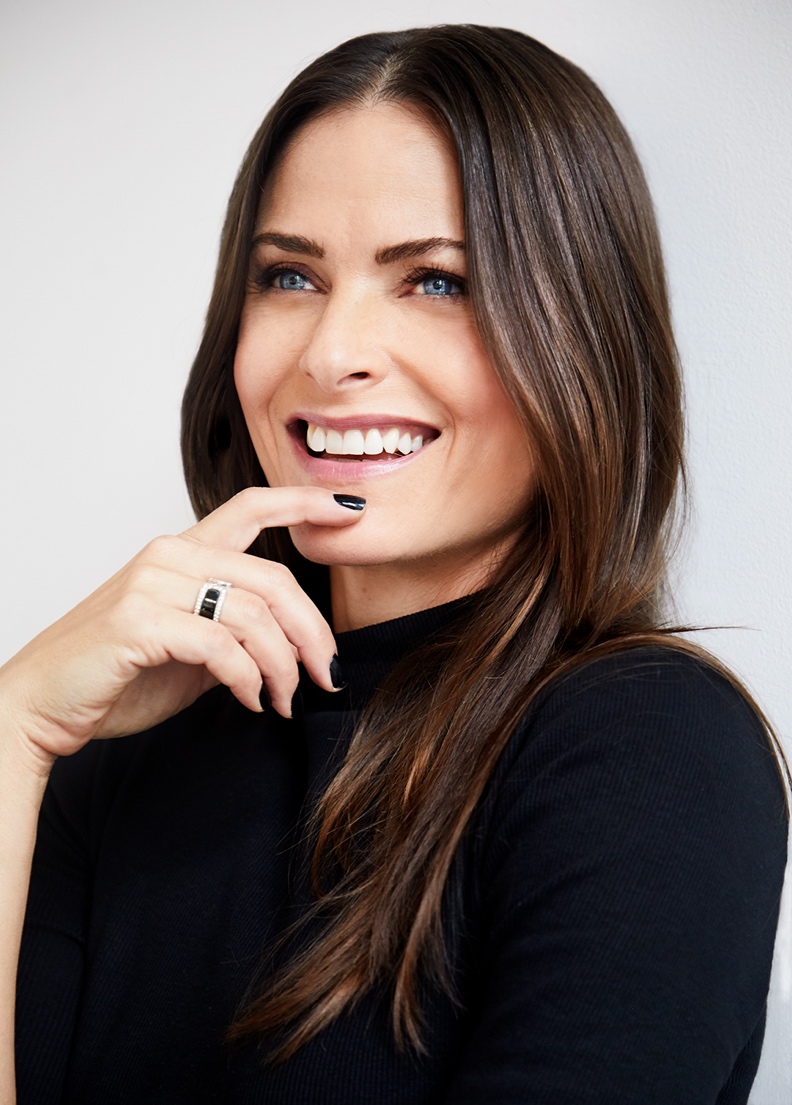 Actress and producer, Tara Westwood, has been seen on films such as THE BIG TAKE, THE KARMA CLUB and DETOURS, which she also produced. She will next be seen in Sony’s THE GRUDGE coming out in theaters January 3rd, 2020. Having traveled the world and met amazing people along the way, she continues to be moved and to inspired those around. Empathetic, beautiful and talented, Westwood is the paragon of the modern woman.

You have a huge acting portfolio. What has been your favorite set to work on?

I have been lucky enough to have worked on many sets that have been incredibly special. I thought that working on a studio film like The Grudge would be a much different experience than working on an independent film, like I’m used to. I naively worried that the collaborative side would be lessened, because on an indie film set, people tend to wear multiple hats and to me, that translated to dedication to the film that we’re making. With The Grudge, every single person (cast and crew), were so passionate about their jobs and were an absolute bunch of pros, on every level. It was a total joy and it started at the helm… Nic Pesce is an amazing director to work with. My experience on The Grudge was an incredible collaboration with every single person that I worked with on that set and creatively my soul soared because of that.

Who was your biggest inspiration/teacher along your acting journey? How so?

When I first moved to New York, I studied at the William Esper studio in the 2 year program with a teacher named Maggie Flanigan. She is small in stature, but a giant in her knowledge and passion of acting. She’s also tough, but this business is, so that was a great place to start. She gave me the foundation of my acting that I use every single day. I say “every day”, because even if I am not doing a play or on a set, she taught us to do something actively towards our craft on a daily basis. The first day of class she said to us that it would take 10,000 hours, before we could even consider ourselves actors. I hunkered down for the long-haul! It was never about celebrity or anything like that; it was about the work and always will be.  I must also mention Robert McCaskill who is my coach that I work with on pretty much every audition that I get. He has really helped me for on stillness… Auditioning now is about self tapes and he’s who I go to for that as well.

Some of the shows you’ve acted in, you’ve also produced. How did you transition into producing and what is it like to do both acting and producing on the same project?

Years ago I was asked to come on as a producer for a film called Detours that I’d already been offered the female lead in. A friend of mine named Ed Vassallo (who has since passed), had told me a few months before that he thought I should produce as well. He said that would give me a fuller understanding of all aspects of my craft, so I did it. I learned myriad things during it, including gratefully, how much people want to say YES. Actor friends of mine came on board and it meant the world to me. Paul Sorvino said ‘Tara, whatever you need, I’ll be there’ and Richard Kind flew from LA (where he was doing the film Inside Out), just for the day to shoot a scene with us. Rob McCaskill who I mentioned before, signed on as our director too. Through Ed, I reached out to an actor/producer (that I’ve still never met to this day), named Rick Rodgers looking for crew and he gave me the best advice, which was that I needed to be aware of when to take off my producer hat and focus on my work as an actor, or it would all be for naught. I always had to keep on both hats of course, but his point was well taken.

Your upcoming project, The Grudge, is coming out in 2020. What is your role in the film and what are you most excited for audiences to see?

The Grudge comes out worldwide in January and I’m so excited for people to see it. If you’ve seen the trailer or vignette that has been released by Sony, then you’ve seen my character is in Japan alive and well, but later you see me on top of Lin Shaye in a much different state, because I’ve brought the curse to America. Sam Raimi our producer has always wanted to make an R-rated version of The Grudge and that’s what this movie is… It will have the psychological scares and gore that I think fans will love. Our rating allows us to push the limits in ways that I believe the audience that already knows The Grudge will love, but the incredibly smart and layered script will also hook the new generation. This is a horror film that is packed with incredible actors like Lin Shaye, Andrea Riseborough, Demián Birchir, Betty Gilpin and John Cho (just to name a few!), so I think that’s another reason to see it. Get your popcorn beforehand, you won’t want to miss a moment. 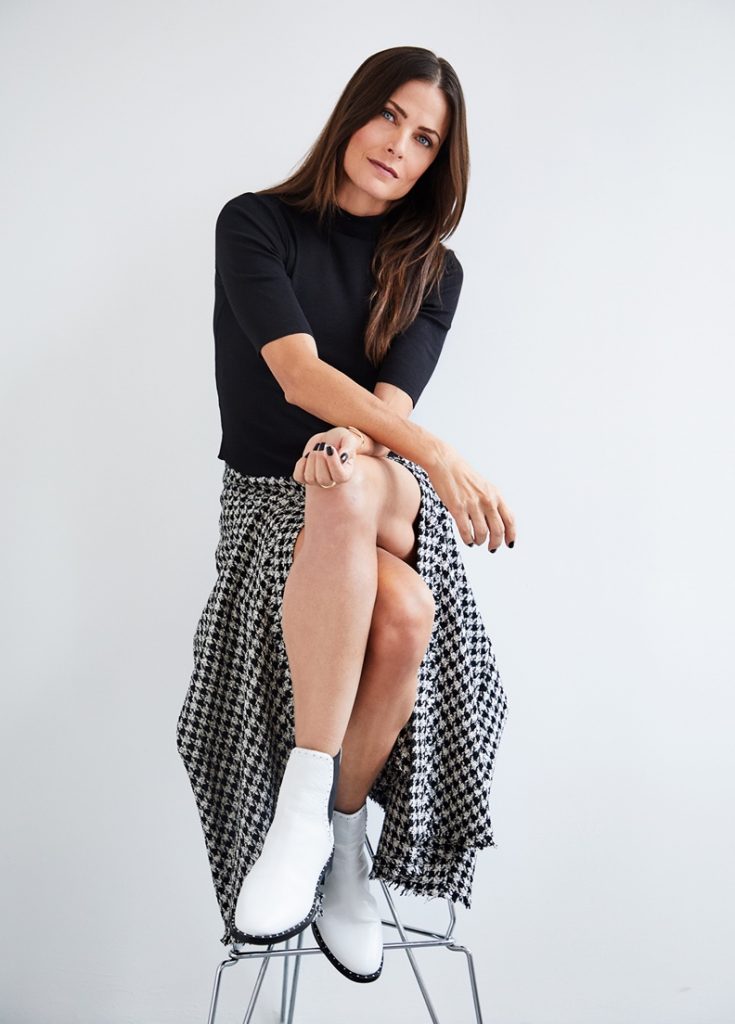 You’ve moved around quite a bit. Tell us about your years of living in Paris.

I grew up on a horse farm in the middle of Manitoba Canada. We used to have to shovel the snow out from in front of the barn door so we could get into it in the middle of winter and though I loved all of that, I also dreamed of traveling and experiencing other places and cultures. When I was 19, I moved to Paris to model, so this was a wonderful opportunity to do that, though needless to say it was quite a change at first. People have a misconception that all Canadians speak French, but I didn’t when I got there. I joked with my dad that all I knew how to say to someone was “Voulez-vous coucher avec moi?” He calmly said ‘Well kid, since you’re not saying that, you better learn French so you have something else to say.” I am not bilingual, but became pretty fluent and that really helped me during my time there. If you ask anyone that knew me then, they would say I was a bit of a nerd… When I wasn’t working, all I did was go to the gym and watch movies. Paris is wonderful for that because it constantly has little film festivals in these tiny theaters where you can binge watch over a weekend (for example), Marlene Dietrich’s films and then Scorese’s the next.

What do you love most about surfing?

I have always been a tomboy and love sports. I especially love to be outside doing them; whether it’s skiing, hiking, kayaking or surfing. Surfing for me is especially great because it’s physical, but then you also have the moments between the waves when you’re just in the water, maybe talking to other surfers or taking in the beauty of the ocean. Being out in nature (I love camping!), is almost spiritual for me. It’s an analytical sport too and I really enjoy that. Remember I said I was a nerd!? The wave is coming towards you, you respond to what you see before you turn to catch it and then moment by moment adjust. It’s kind of like acting in that way!!

What is a talent you have that most people don’t know about?

I am someone who is extremely empathetic and therefore can be emotional. For example, anyone sitting nearby when I recently watched the movie Honey Boy, heard those little squeaking sounds coming from me that a person makes when they are trying hard not to weep. I think maybe if somebody didn’t know me well, they would perhaps assume I’d be too soft for times in life when the shit hits the fan. That’s not the case. I grow a spine in me and am the best cornerman (Mamabear) a person could ever want. When it comes to helping those I love, I’m the strongest person and until someone experiences it, that strength is maybe surprising to people who haven’t seen me on that level.

What is a question you ask when you first meet someone and want to get to know them on a deeper level? Now answer that question for us.

When I meet a person I typically give it time for the basic stuff to pass and be established before I’d ever ask a really personal question. That said, once there, I do think that asking someone what they’d go back to say to their child self if they could, is a wonderful way of understanding more of who they are and where they are in life. I once had someone tell me ‘Nothing. I still couldn’t help that little boy because I haven’t yet done the work as an adult to have the wisdom.’ I LOVED that answer because I appreciate someone who can really see themselves and speak with candor. Listen, we’ve all had some trauma or something that we went through and what I would want to say to my younger self is ‘For starters, let’s acknowledge this sucks. But, it’s ok, to not be ok. You’re stronger than you give yourself credit for and will not only get through this, but you will be more resilient because of it and will be able to help others one day due to these tough times.’ I was always good at seeing the things in my life that I should be grateful for, but knowing that ‘this too shall pass and you’re going to be ok’, is a harder thing to believe as a child. I mean who am I kidding?? It’s harder for all of us to believe at times!