“SWORD FROM THE STONE (GINGERBREAD MIX)” 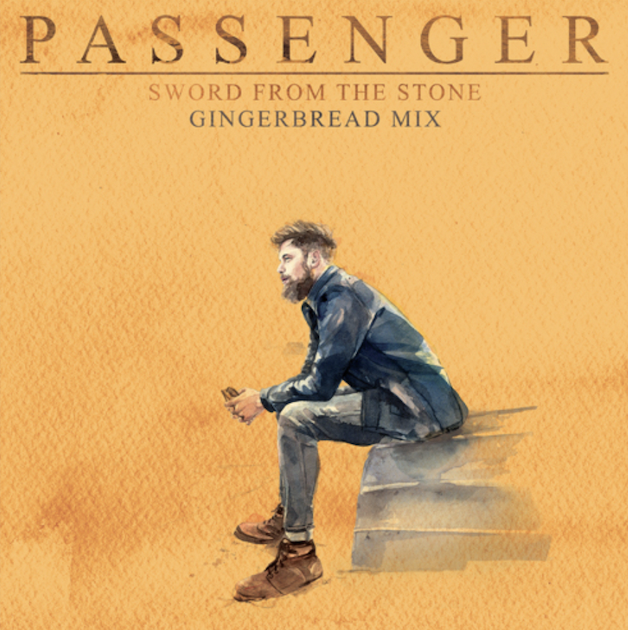 “SWORD FROM THE STONE (GINGERBREAD MIX)”

SONGS FOR THE DRUNK AND BROKEN HEARTED

Following the release of his acclaimed new album Songs For The Drunk And Broken Hearted, Passenger (Mike Rosenberg) now shares “Sword from the Stone (Gingerbread Mix),” a special single version of the album’s opening track produced by Ed Sheeran and Joe Rubeland mixed by Spike Stent. The single is available today at all digital retailers HERE.
Written during lockdown, “Sword from the Stone” is instantly relatable as Rosenberg struggles with feelings of loneliness during these isolating times and reflects on a past love. The song juxtaposes simple conversation in the verses with an out pour of raw emotion in the chorus.

Passenger’s new album is populated by drunk and broken-hearted characters and comprised of tracks mostly written when Rosenberg was newly single. The album was originally slated for a May 2020 release, but when the global pandemic turned the world upside-down, Rosenberg decided the it wasn’t quite done after all. A few songs no longer seemed to fit and came off. More importantly, three new songs were added, including album opener “Sword from the Stone.”

“I’m so excited about this one,” says Rosenberg. “It’s that cliché that you make your most poignant work when you’re having a bit of a hard time. I have played it to friends and family, to people in the industry, to other musicians, and it seems to resonate across the board. I genuinely think it’s had the best reaction of any song I’ve ever written.”

One of the friends/musicians he shared the track with was his good mate Ed Sheeran. The pair had long discussed collaborating in some way, and “Sword from the Stone” offered the perfect opportunity. “Ed was really excited about the song when I played it to him and suggested that he produce a version that could potentially work as a radio single. It’s not every day you have that kind of offer from a pop genius, and I’m so delighted with what he and Joe have come up with. It’s been such a fun one to work on.”

Hailing from Brighton, England, Passenger is a multi-award winning, platinum-selling singer-songwriter. Although still known for his busking, he long ago made the journey from street corners to stadiums, thanks in part to supporting his good mate Ed Sheeran, and most notably with “Let Her Go,” which reached number 1 in 19 countries, is approaching three billion plays on YouTube and is the #3 most Shazamed song of all time. Yet ‘Let Her Go’ is just one song from a remarkable and prolific back catalogue, including 2016’s Young as the Morning, Old as the Sea, which topped the charts in the UK and beyond. Rosenberg has over 2 billion combined streams on Spotify alone.

With an authentic and engaging live show that has won over scores of fans and critics around the globe and allowed him to headline some of the world’s most famous stages, Passenger looks forward to returning to the road as soon as it’s safe for everyone. Rescheduled North American tour dates are listed below.