Spiderman Far From Home Will Be Close to Your Heart 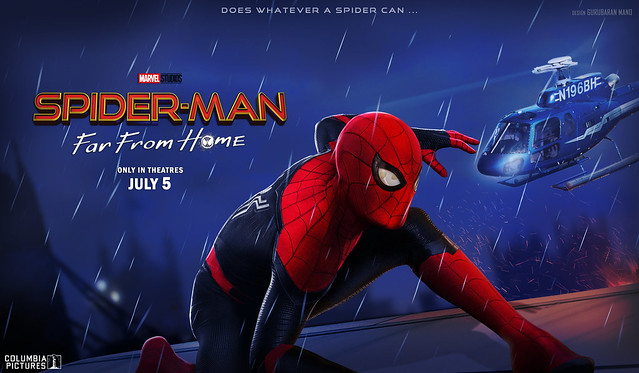 As the 23rd film in the Marvel Cinematic Universe and the first Marvel film released after the monumental Avengers: Endgame, Spiderman: Far From Home, released on July 2, 2019, had almost an infinite amount of anticipation on its shoulders.  Even so, the film, starring the adorable, charming Tom Holland as Spiderman/Peter Parker, lived up to these expectations.  The film even answered lingering questions from Endgame, doing so in a clever, quintessentially Marvel-esque way at the opening of the film.  In addition to the intriguing plot and the introduction of new characters and new romances (including that of Peter Parker and MJ), the film’s various scenic locations throughout Europe add another layer of indulgence to the film, reminiscent of other Disney films like The Lizzie McGuire Movie.

The film, full of twists and turns, still retains that classic Marvel quality with its gripping action sequences, intriguing story line, and comedic undertones.  The movie even resurrects Marvel’s tradition of providing post-credit scenes, a practice that was temporarily discontinued with Endgame. Holland’s performance is perhaps the most lovable part of this film, though, as he so naturally captures the teenage naivety of adolescent romance and the struggle with his identity as a superhero with a mountainous responsibility.  Spiderman: Far From Home is the perfect summer flick that not only will excite you for Marvel’s post-Endgame future, but will also spark your wanderlust while simultaneously reminding your awkward high school romances.